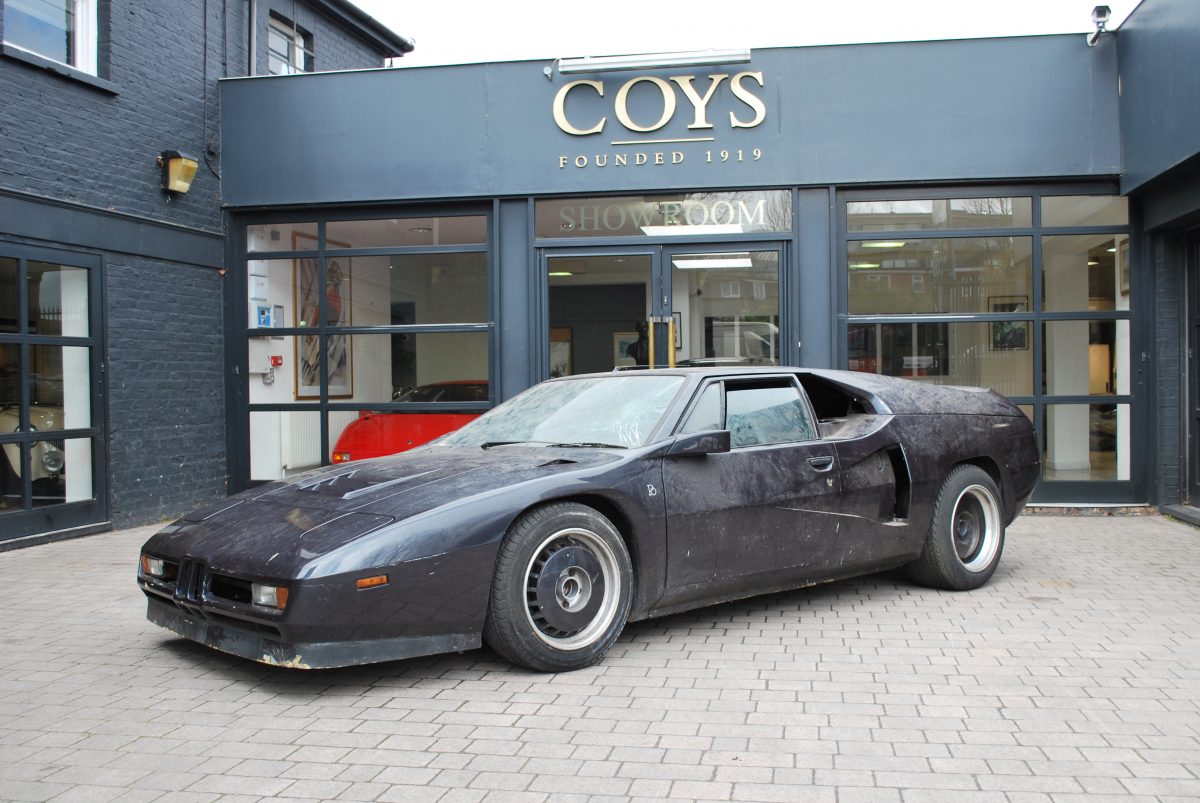 A super-rare £250,000 BMW has been found mouldering in a shed – that was once the fastest custom car in the world.

He was able to reach a record of 187mph with the car by using twin turbochargers, measuring around 410bhp.

The iconic motor was last on the market 25 years ago – which led enthusiasts to assume it had been lost – until it resurfaced in Wanted, east London.

A widow decided that it was time to sell her husband’s car, which had been collecting dust under a sheet in her shed.

She called car specialist Charlie Howarth, who was ‘completely stunned’ to discover the car underneath the dust sheet.

Charlie said: “When I received the call I expected to find something mundane, but what I discovered was something special.

“The car was found behind a driveway in Wansted, we’ve left it in original condition – it adds to its mystique.”

Auctioneers Coys of Kensington said the M1 was designed to compete with the supercar market in the 80s, but with ‘BMW-style reliability’.

This particular model was ‘a one of a kind’, developed with BP, which was looking to promote a new Autogas product.

It still has a six-cylinder, 24 valve engine and fuel injection – and the supercar is capable of achieving top speed if cleaned up.

Two passengers can fit into the motor, which can reach 0-60mph in just seconds.

Valuers and auctioneers at Coys are now seeking an owner for Harald Ertl’s custom design.

A spokesperson said: “This wonderfully sleek and even more aggressively-styled M1 has recently been unearthed from a garage in east London.

“After it was ‘lost’ for nearly a quarter of a century and coming to the market for the first time since 1993; this is possibly the rarest M1 in the model’s history.

“This glorious BMW M1 supercar is a rare mix of stunning performance and practicality.

“Its handling and reliability are excellent. The levels of comfort were of a degree unheard of in a mid-engined supercar up till then.

“Undoubtedly a piece of motoring history and the subject of several articles, this is a hugely interesting prospect for any serious enthusiast or collector.”