Up to 50 pilot whales swam into the shallow waters surrounding St Simons Island, with six getting caught in the surf. 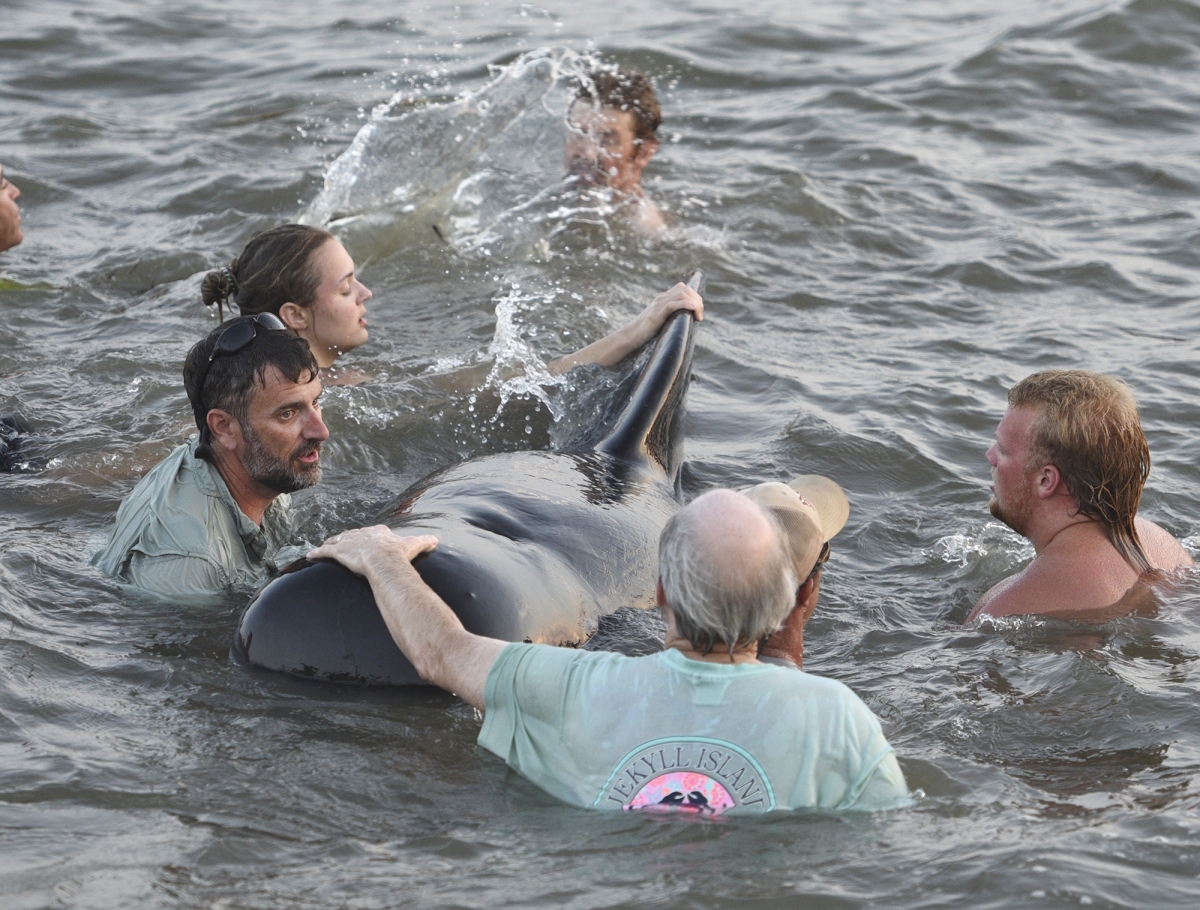 Georgia Department of Natural Resources personnel and beachgoers struggle to keep a short-fin pilot whale from crashing into the seawall on St. Simons Island, Ga., Tuesday, July16, 2019. Dozens of pilot whales beached themselves on a Georgia shore and most were rescued by authorities and onlookers who pulled the animals further into the water. (Bobby Haven /The Brunswick News via AP)

After a pod of whales washed up on the shores of a Georgia beach, dozens of beachgoers helped push them back to deeper waters.

Up to 50 pilot whales swam into the shallow waters surrounding St Simons Island, with six getting caught in the surf.

The group were first spotted on Tuesday evening and soon officials from the State Department were working alongside emergency services and members of the public to push them back out to sea.

Lauren Bugaj, from Buffalo, New York, was on holiday with her family when they saw the pod in the water.

She said: “We thought they were dolphins at first and ran down to the beach only to realise they were pilot whales.

“At first no one knew what was going on or why they were so close to shore, but some got too close and the waves starting pushing them over on their sides, so tons and tons of people ran into the water to help flip these guys over and push them into deeper water.

“Once scientists from the marine research centre arrived, they explained one whale was trying to beach itself — the pod could have been confused, they weren’t 100% sure — but they said when one whale does something the rest of the pod will do it.

“It was a sad but incredible sight to see.”

A spokesman for the Georgia Wildlife Resources Division said: “Everyone worked really hard to turn the pod around.

“The latest information we have is really positive — they have turned around and are now heading out in the right direction.”

Three of the whales did not survive, with one having to be humanely euthanised. The reason behind the mass stranding is not known.

An autopsy will take place in the next few weeks.