A pet goose which has become so domesticated it cannot fly is getting help from the experts – as he loves nothing more than visiting RAF air shows and having a gander at the planes. Jack the Chinese Gray Gander goose lives a life of luxury in the home of his owners Sally Eynon, 45, […]

A pet goose which has become so domesticated it cannot fly is getting help from the experts – as he loves nothing more than visiting RAF air shows and having a gander at the planes.

Jack the Chinese Gray Gander goose lives a life of luxury in the home of his owners Sally Eynon, 45, and Keith Burgess, 58.

The eight-year-old has become a regular at his local pub where he drinks cider, and enjoys watching TV and going on camping holidays.

But his owners say his favourite activity is watching flying displays – and his aircraft of choice are the famous Red Arrows. 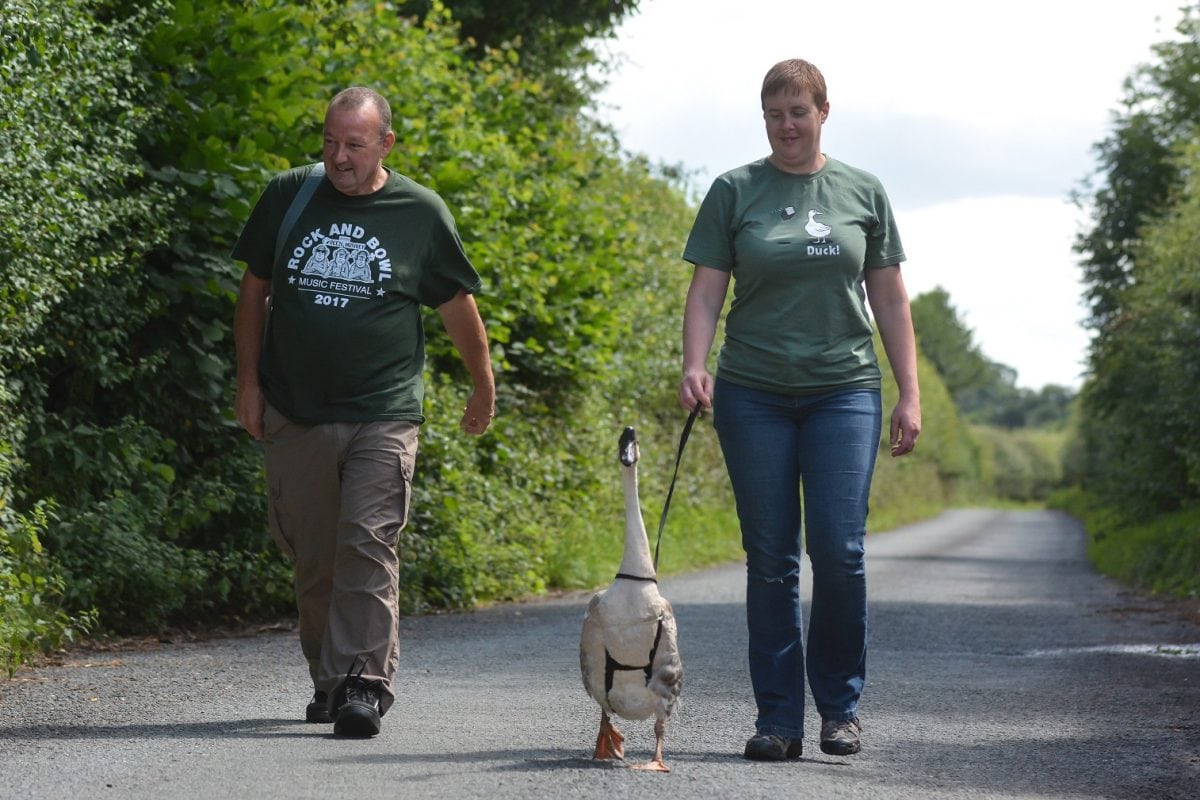 Last month he went to the Royal International Air Tattoo at RAF Fairford, Glos., where he shared a tent with his owners and left visitors stunned by waddling around the site.

Firefighter Sally, from Market Drayton, Shrops., said: “We stayed at the RAF show from Tuesday to Monday and Jack stayed all week.

“He loves camping, it’s the sixth year he’s been so he’s quite used to it.

“He enjoys Red Arrows, when they do their fly past with their final coming in to land, he cocks his head and he watches each and every one go past.

“He just cocks his head and watches them go over, and when the fast and loud ones go past he opens up his wings and shows them off to them.

“He doesn’t try and follow, he’s quite happy to sit on the ground and watch them.” 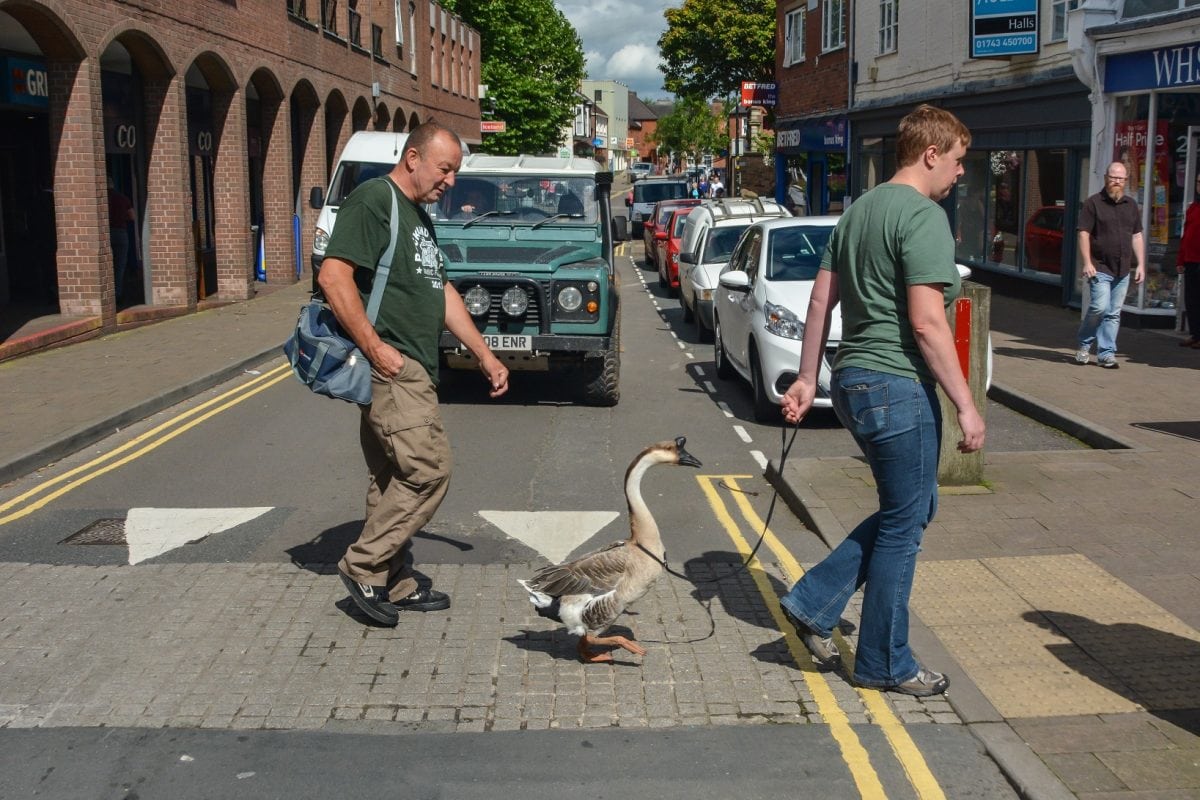 The couple decided to adopt a goose after looking after a gosling for their friend which suddenly died.

Jack was born in June 2009 in Oswestry, Shrops., and has lived in the family home since he was two weeks old.

Although he goes out on the field with other birds during the day, at night Jack goes into the house to socialise and sleep.

Sally added “We had a gosling, which we looked after for some friends, which was poorly and ended up dying.

“We were really gutted so thought we’d have another one.

“We bought another one to replace him and that was Jack.

“It’s great bringing a pet goose on holiday – everybody loves it, its entertainment for everyone else. 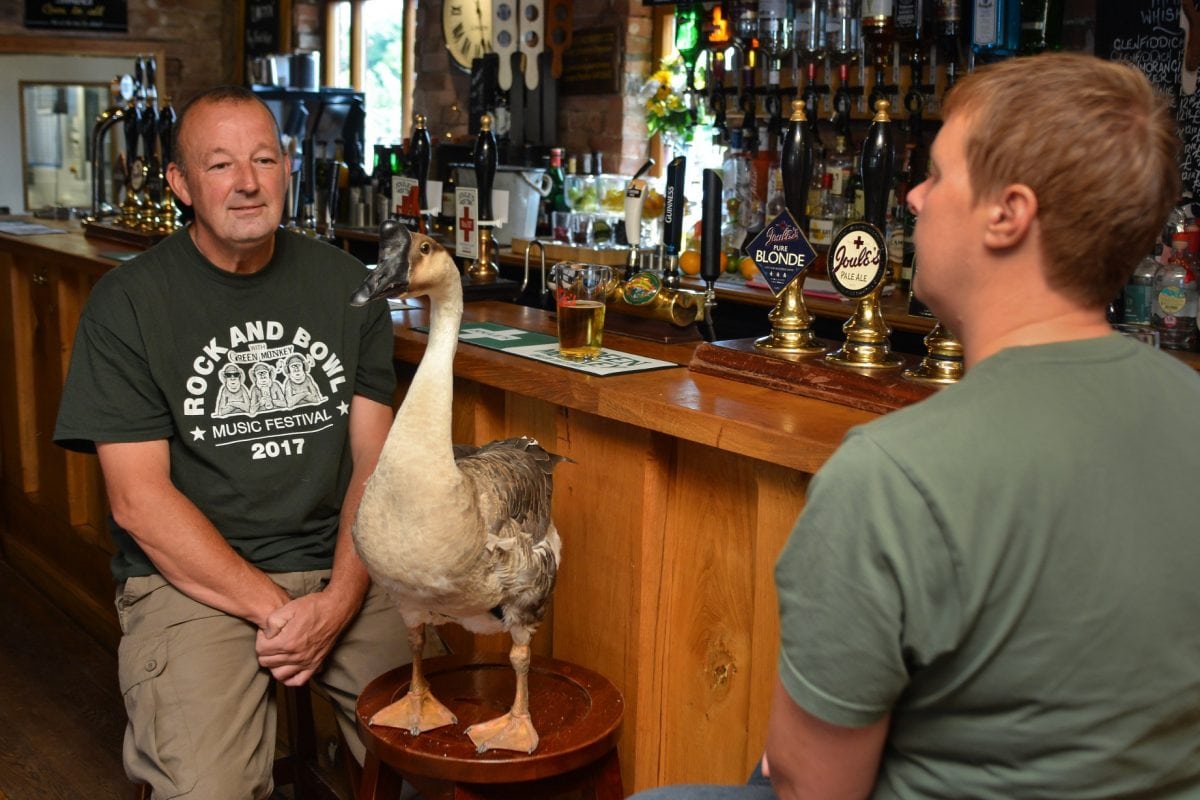 “It puts a smile on their faces and he enjoys it – he loves watching the planes.

“He stands on my lap in the front of the car, which gives other motorists a bit of a giggle when they drive past and see him.

“He never gets in a flap in the car, he loves going in the car.

“When I sit in the front seat, he is there pawing at the sill, ready to get in and get on my lap. 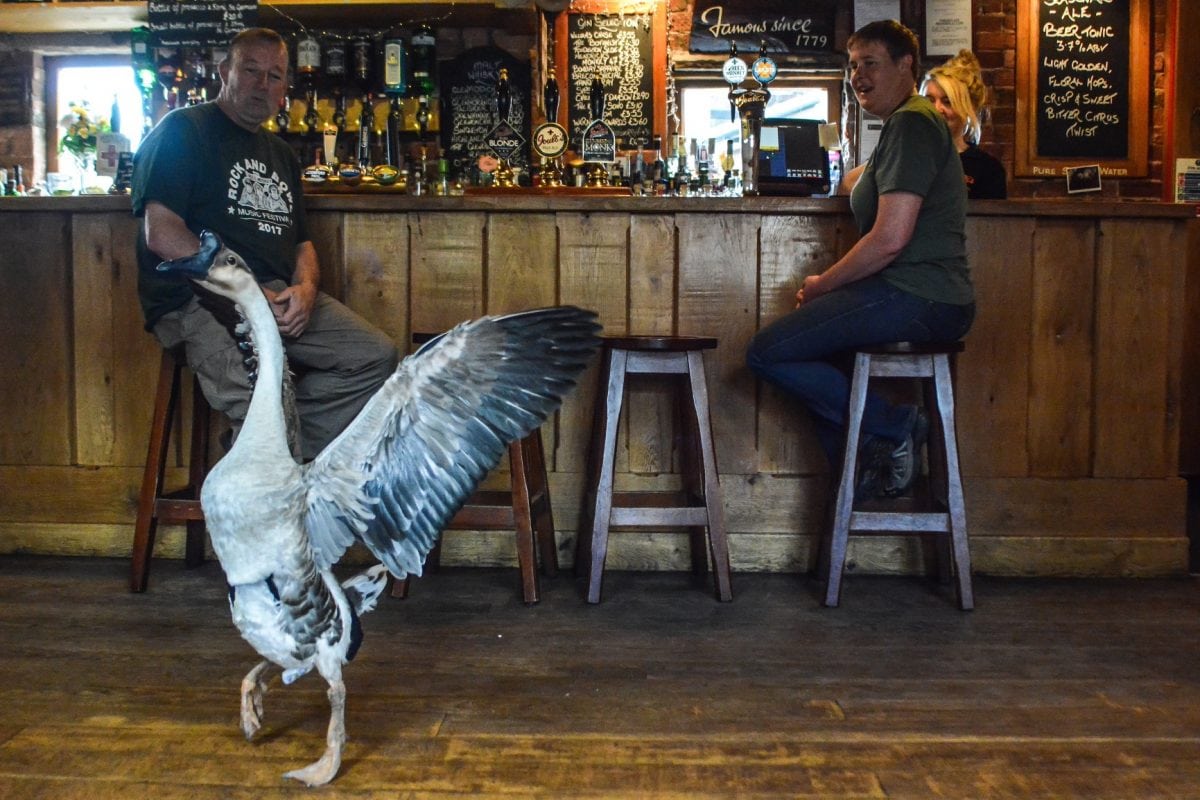 “He can fly but he doesn’t bother – would you if you could go around in a car?

“He chills out in his pond and at night time he comes and watches telly with us. He likes The Chase.

“We went on holiday and thought why don’t we take him with us, because he comes to the pub with us anyway.”