Father-of-two young children Dr Miles Christie, 43, felt he had let his family down before he walked onto Archway Bridge in north London, climbed over the railings and leapt 80 feet to his death

by Steve Beech
in Heart Wrenching, Must Reads 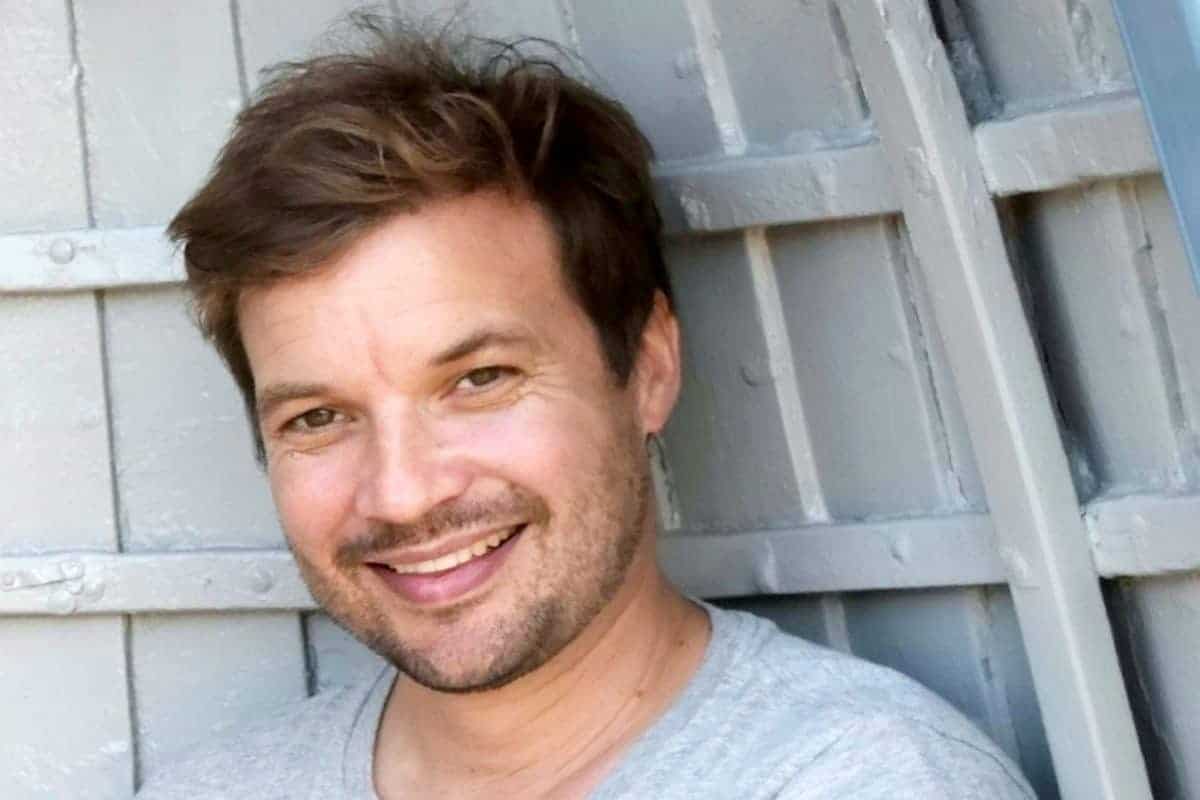 A dedicated family doctor with a “glistening future” jumped to his death from a bridge while feeling unable to talk about his own mental health for fear of losing his job.

Father-of-two young children Dr Miles Christie, 43, felt he had let his family down before he walked onto Archway Bridge in north London, climbed over the railings and leapt 80 feet to his death.

Shocked onlookers watched in horror as the GP plummeted on to the busy double carriageway on the afternoon of Tuesday May 14th this year, an inquest heard.

He left behind his 40-year-old wife Juliette Stern and their two children, aged just three and five.

Juliette, a producer with animation production company Passion Pictures, told the inquest at St Pancras Coroner’s Court that she had been married to her husband for six years.
In a statement read to the hearing, she said: “He was a hugely charismatic, kind, positive and gentle soul.

“He was adventurous and had a genuine interest in life and in people.

“He had the ability to engage with people from all walks of life.

The inquest heard that on the day of his death Dr Christie had planned to go swimming with his brother and left his home in  Muswell Hill, north London, with his swimwear in his pocket.

He was later seen pacing up and Archway Bridge at around 3.30pm wearing a blue T-shirt and jeans, before climbing onto the railings and jumping to his death.

Dr Christie died at the scene despite paramedics desperate attempts to save his life, the inquest heard.

The inquest heard he had struggled with work-life balance while caring for patients at two separate practices, and feeling increasingly anxious about financial pressures.

Dr Christie worked day and night at the Burnley Medical Practice NHS surgery in Willesden, north west London, and at the private Knightsbridge Doctors in west London which he planned to move to full-time, the hearing was told.

But the inquest heard that after resigning from his position as an NHS practitioner, he became increasingly anxious and expressed concerns about the contract and overhead costs related to taking over the Knightsbridge practice.

He began working longer hours and lost around eight kilos (17.6 lbs) in weight, the inquest heard.

In the days leading up to his death, he was also sent five invoices mistakenly informing him he owed money to cover a gap in his Medical Protection Society (MPS) membership, totalling around £48,000 – despite only owing £3,000.

The global organisation offers protection for doctors, dentists and healthcare professionals and helps them to understand and navigate the challenges of modern practice.

The inquest heard that a fellow young doctor at the the Knightsbridge practice spoke often with Dr Christie who said he had been suffering from headaches, poor sleep and night sweats which appeared to be due to anxiety.

Dr Christie was accompanied by his father Dr Peter Christie, a retired paediatrician, to see a psychiatrist days before his death.

But he denied having suicidal thoughts because of his two young children, when speaking with a psychiatrist two days prior to his death on May 14.

Coroner Mary Hassell concluded that Dr Christie had taken his own life.

Several friends, relatives and colleagues left the inquest in tears.

Summing up, the Coroner said: “He was an excellent doctor.

“He was very in demand. He had quite obviously a tremendously loving family and everyone wanted to help him out.”

She said she believed Dr Christie “could not see the wood for the trees” after becoming so “poorly” with his mental health.

She added: “There is absolutely no doubt in my mind that he did take his own life.

“I don’t think that the money worries or the work worries or any of the worries explain why.”

Speaking after the hearing, Dr Christie’s brother told of the stigma surrounding doctors and mental health.

Phil Christie, 39, said: “There is a stigma surrounding doctors and mental health.

“Who are looking after the people who take care of us?

“They are working in very tense environments and they are not mental health themselves.”

Speaking afterwards, Dr Christie’s widow, Juliette, says more needs to be done to support medical professionals who are reluctant to seek help for their mental health for fear it could go on their record and prohibit them from practicing.

She said: “Suicide is far more prevalent in the medical profession generally.

“We need to understand why this might be and getting them support rather than being concerned with their ability to practice.”

Describing her husband, she added: “He was deeply concerned about a mental health diagnosis going on his record and affecting his ability to work.”

Phil added: “Miles touched the lives of so many people as a beloved husband, father, son, brother, friend and as a caring doctor to the thousands of patients he looked after as a General Practitioner.

“Miles lived a wonderful life, seeking out and soaking up all experiences London and the world had to offer.

“We will remember his beaming smile, infectious charm, his brightest of minds, and especially the sight of him unable to speak or breathe through laughter.

“The outpouring of love since Miles’s passing has been incredible, illustrating the joy he brought to so many people’s lives.

“He leaves a huge hole and will be dearly missed, but always remembered.”

A Memorial Fund in Dr Christie’s name has already raised more than £34,000 to support his widow and their two young children.