A disabled man was Tasered by police and charged with assaulting an officer in a case that collapsed when his mother discovered CCTV of the incident. The autistic man, Paul, who has a mental age of seven, could have been jailed had the trial gone ahead, his mother Margaret says. She obtained CCTV footage from […] 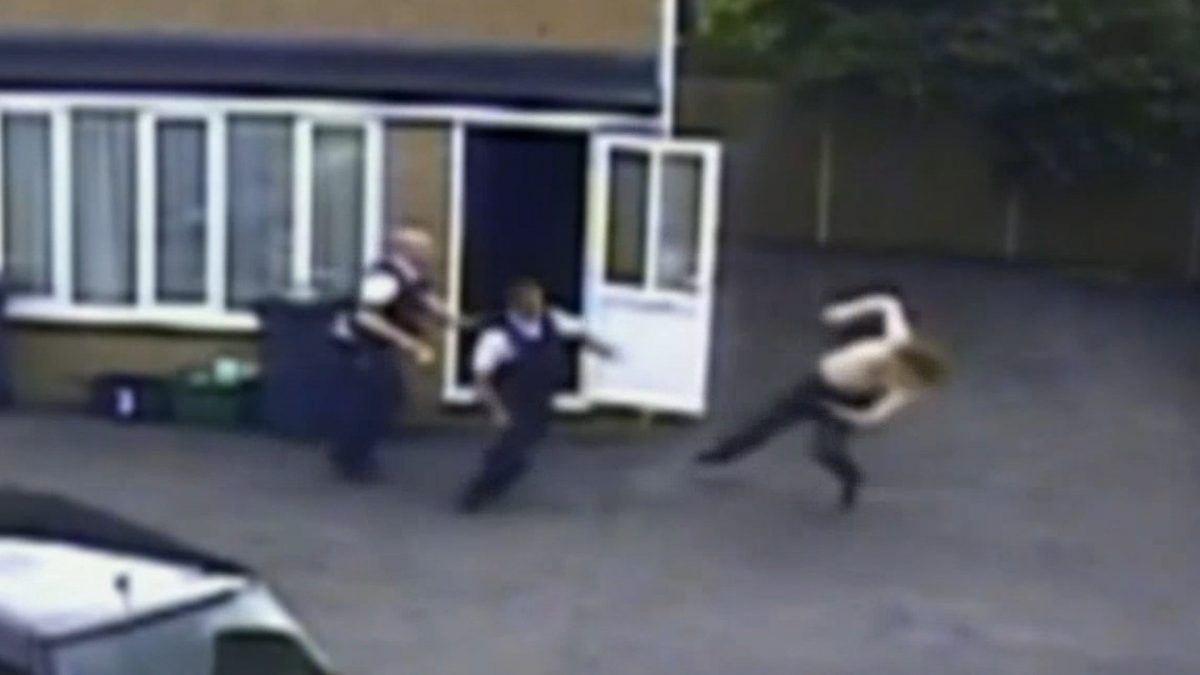 A disabled man was Tasered by police and charged with assaulting an officer in a case that collapsed when his mother discovered CCTV of the incident.

The autistic man, Paul, who has a mental age of seven, could have been jailed had the trial gone ahead, his mother Margaret says.

She obtained CCTV footage from the sheltered accommodating where the then-25-year-old lived, showing a different version of events from those provided by officers.

Police were called to the sheltered accommodation in Bristol after Paul, now aged 28, allegedly broke a window in August 2015.

After Paul started to run, a PC Tasered him in the back and he fell to the ground.

But the version of events provided by the two officers claimed Paul pushed a PC “double-handed in the chest with open palms” and the officer “stumbled back two foot” before the Taser was used.

It was only when Paul’s mother, Margaret, obtained CCTV footage herself and handed it to the defence when the case went to trial, that the charges were dropped.

Prosecutor Kevin Withey, who dealt with the case at Bristol Magistrates’ Court in 2015, said it “shows an incident rather different to that described in the statements of the PCs”.

Avon and Somerset Constabulary defended the officers’ actions and said the arrest was necessary.

But Paul’s mother, Margaret, called for the use of Tasers to be investigated.

She said: “If Max had been found guilty on the basis of their evidence, he would have been sent to prison.”

MP Kerry McCarthy, who represents Bristol East, said it was “entirely unacceptable” for a Taser to be used in an allegation as minor as a broken window.

She also questioned why CCTV was not obtained by police, and the case was allowed to progress to the courts.

An investigation was carried out by the Independent Police Complaints Commission (IPCC), now known as the Independent Office for Police Conduct (IOPC), which cleared the officers of any wrongdoing.

The IOPC said that although the actions of the officer who failed to gather the CCTV evidence “fell below the standard expected”, it was not misconduct.

A report said the arrest and use of the Taser were reasonable.

Superintendent Richard Corrigan, from Avon and Somerset Constabulary, said the decision to arrest Max “was necessary” and the use of the Taser was justified.

The force backed its officers and said one had been kicked and they were unaware of Max’s learning difficulties, despite him living in sheltered accommodation, now known as The Maples, in Fishponds, Bristol.

Supt Corrigan added: “The IOPC identified a performance issue relating to a separate officer in relation to securing and preserving of CCTV evidence in connection with this case and a management plan was put in place to address this issue.

“Unfortunately, inaccurate information about the assault on an officer was initially given to the Police and Crime Commissioner.

“The IOPC concluded this mistake had no influence on the way we dealt with this case, but we’d like to apologise for the error.”

Avon and Somerset Constabulary now has a “dedicated lead for autism” and all new officers and civilian investigators undergo training covering “autism spectrum conditions and other non-visible disabilities”.

The force is currently being investigated after an officer Tasered race relations group founder Judah Adunbi, and over the repeated punching of a man who was detained under the Mental Health Act in Yeovil, Somerset.

Today (Weds) Avon and Somerset Constabulary vigorously defended the actions of their officers on August 12 2015.

In a statement, a spokesman said: “Officers were called to attend an emergency incident at a supported accommodation facility in Bristol on August 12 2015.

“A 999 call made to the police said a man was “terrorising other clients” and “intoxicated” and had “broke a window in one of the client’s doors”.

“The caller went onto say ‘we don’t feel safe, some of the clients don’t feel safe and are vulnerable here, so it’s best probably to take him off the premises as soon as possible’.

“The call was graded as requiring an immediate response and officers attended the scene and used a taser during the arrest of a man for criminal damage and assaulting an officer.

“This incident was subject to a detailed and robust two-year investigation by the Independent Office for Police Conduct (IOPC), which found there was no case to answer for misconduct for any of the officers involved.

“The decision to arrest the man for criminal damage and assaulting an officer was necessary and the report stated both the arrest and use of taser were reasonable in the circumstances.

“There was no evidence officers used any more force than they needed to.

“The IOPC identified a performance issue relating to a separate officer in relation to securing and preserving of CCTV evidence in connection with this case and a management plan was put in place to address this issue.

“Unfortunately, inaccurate information about the assault on an officer was initially given to the Police and Crime Commissioner.

“The IOPC concluded this mistake had no influence on the way we dealt with this case, but we’d like to apologise for the error.

“Performance issues were also highlighted following a second investigation by the IOPC for a further four officers, relating to the identification of vulnerable people in custody and making sure appropriate adults are provided during interviews. 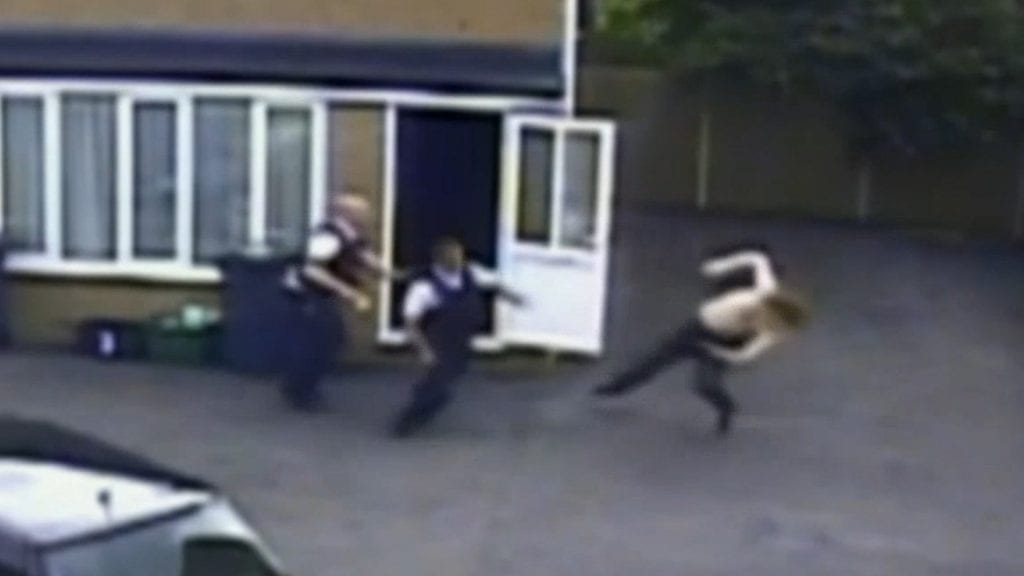 “We fully accept the IOPC’s recommendations and have made significant progress in the areas identified for improvement.

“We now have a dedicated Force lead for autism who is a member of the National Police Autism Association and are looking to introduce the nationally recognised Autism Champions scheme, which will ensure a trained officer will be a first point of contact for advice and guidance.

“We also outlined to the IOPC how we’ve made extensive changes to the way we respond to people in mental health crisis and have a strategic mental health lead to prioritise this ongoing work.

“A new crime and incident recording system was also introduced in 2015 which has improved the way we record vulnerability and safeguarding information. All officers and relevant staff have been trained to use it effectively.”

Police and Crime Commissioner Sue Mountstevens said: “I was first contacted by the family and their local MP, Kerry McCarthy, in the latter part of 2015 regarding a complaint against the police.

“The complaint was passed to the Constabulary’s Professional Standards Department.

“We all have the right to be treated equally and with respect, including in our interactions with the police.

“Last year I set up a Scrutiny of Police Powers Panel, where local people review the police’s use of force, Taser, body worn video and stop and search.

“The panel monitors how the police use their discretionary powers to ensure they are being used proportionately and fairly.

“In 2016, I also invested in 2,300 body worn video cameras for police officers and PCSOs to increase the transparency of their work and to enable quality digital evidence for the criminal justice process.

“It is important local people have the highest level of confidence in the police as I know this affects how safe you feel in your community.”

A spokesman for the IOPC said there were two investigations involving Paul – a first regarding the 2015 Taser incident, and a second into arrests in 2014.

The spokesman said the investigation into the 2015 incident concluded in October last year, and another into the 2014 incident finished in “recent weeks”.

She said that the authority had always planned to publish an anonymised summary of the investigations in the coming weeks.