There was something about the phrase “thoughtless obsolescence” that had got me thinking ahead of To Kill A King’s final tour date at Islington Assembly Hall. The term was used by the band in our pre-gig chat to describe the “lost and unsatisfied” feelings that seem to have become the catchphrase for our current political […] 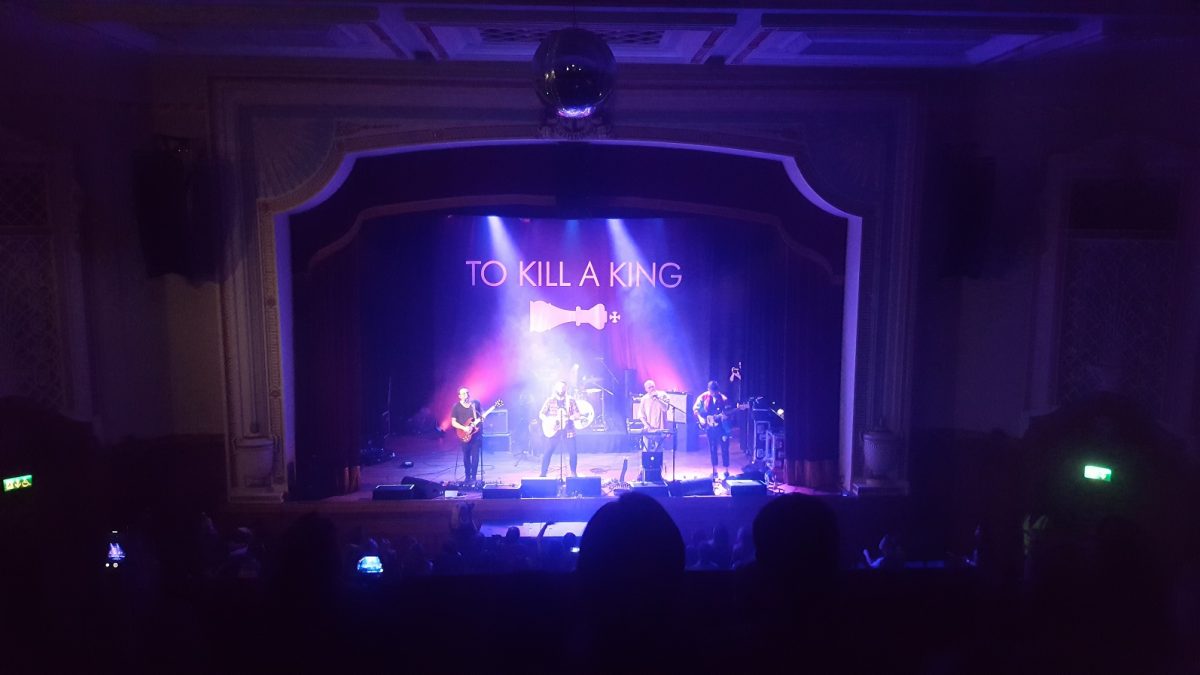 There was something about the phrase “thoughtless obsolescence” that had got me thinking ahead of To Kill A King’s final tour date at Islington Assembly Hall.

The term was used by the band in our pre-gig chat to describe the “lost and unsatisfied” feelings that seem to have become the catchphrase for our current political and sociological climate. It joins a school of ‘obsoletist’ lines like “If half the world’s gone mad the other half just don’t care” and, my particular favourite, “Now we’re just somebody that you used to know” that are being pumped out by bands feasting on a curious point in history.

Few songs capture this moment in time quite as well as The Spiritual Dark Age. Taken from the newly-released album of the same name it is a poetic masterpiece of lyricism that offers a poignant reflection of where we are. In their words, it describes “this shared fear of the ether of life” that is ominous, but “ultimately reassuring to know that we all have the same anxieties”.

The point they are making is that everything is so real these days that there’s very little room for spirituality. It is a tremendously powerful concept that is conveyed brilliantly well in the track, and really underlines why To Kill A King are on the brink of the big time:

And so the good man said:

“Turns out God is dead.”

Faith from books they haven’t read

They’re angry all the time

Angry at some hole inside

About this space we live

And then the grave

No need to be saved

Just some rules on how to behave

Not a hand from above

It’s not just some dream

And there’s the rub

About serotonin and dopamine

So it was to a packed crowed in north London that the band took to the stage following performances by Childcare and Fours. With Ed from Childcare previously having played guitar in To Kill A King and Fours’ singer Edith featuring on a couple of their tunes too it was a family affair for the night, something that was to be capped off with special appearances from Bastille and Emily Wood later on in the show.

Three albums in the band are now at liberty to switch between records bringing back old classics that were roundly sung along to and new hits such as the afformentioned Spiritual Dark Age and I Used To Work Here which sent the crowd into a frenzy.

Ballads intersected the show giving the audience a well-rounded sample of what the band has to offer, with influences such as Ariel Pink, Fleetwood Mac, Beck and The Flaming Lips shining through. The gig’s finale, a rousing rendition of Choices, was sung by an army of musical artists in a fitting tribute to a band who, you sense, are on the verge of something much bigger.

Check out the videos below for a sample of their stuff, or visit here for details of upcoming shows.