A woman who acted as a surrogate for her mother has given birth – to her own brother. Desperate Jacky Edwards, 47, was unable to carry a baby naturally but daughter Katherine, 30, offered to help. Jacky had suffered a traumatic pregnancy with her fifth child twelve years ago and underwent a hysterectomy. The mum-of-six […] 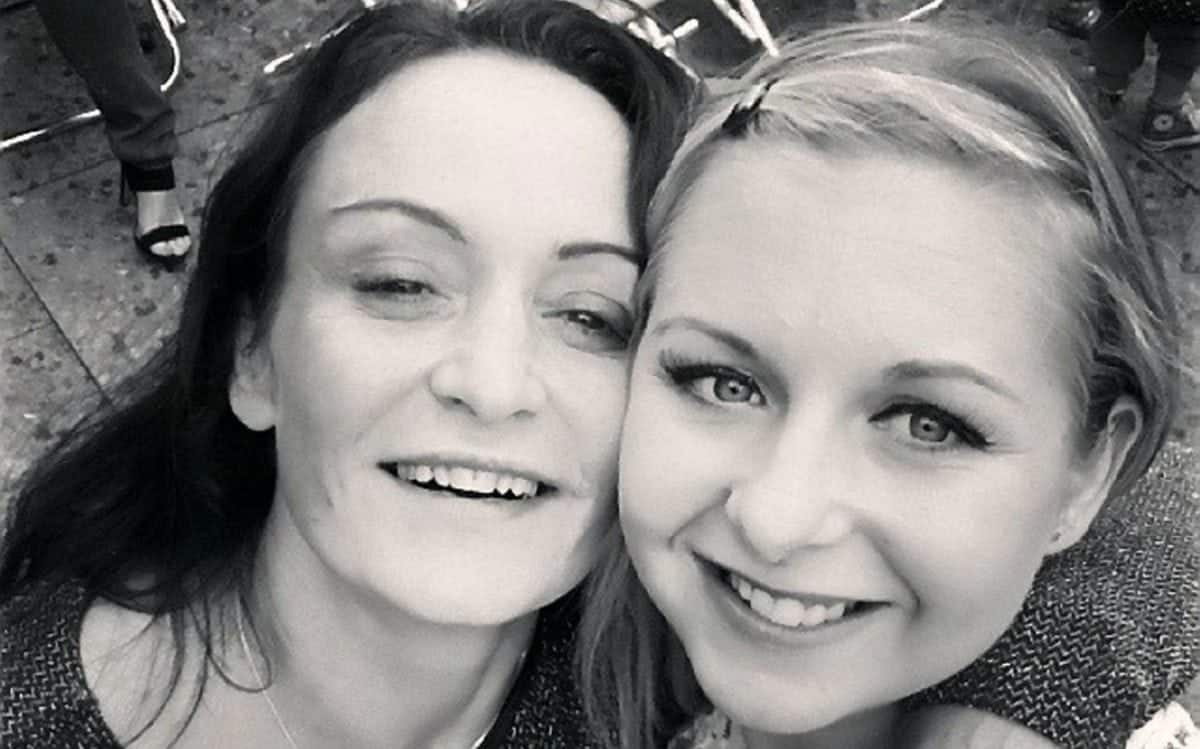 A woman who acted as a surrogate for her mother has given birth – to her own brother.

Desperate Jacky Edwards, 47, was unable to carry a baby naturally but daughter Katherine, 30, offered to help.

Jacky had suffered a traumatic pregnancy with her fifth child twelve years ago and underwent a hysterectomy.

The mum-of-six was widowed at 40 and certain that she didn’t want any more children – but then in 2013 she met chemist Paul, 48.

They fell in love, got married and decided they wanted a baby of their own and, aware Jacky wouldn’t be able to conceive, turned to researching surrogacy.

But clinics up and down the country refused to help, saying there was “no chance” because she had gone through the menopause. Jacky’s eldest daughter Katherine, 30, who was already a mum of two, offered to act as surrogate after seeing how much it would mean to the couple.

After drawing up an agreement with a lawyer, and agreeing to pay £1,000 a month expenses, Katherine was artificially inseminated with her mum’s husband’s sperm.

Jacky and Paul attended all the scans and check-ups and Caspian was born healthy at a birthing centre in Portsmouth in May last year.

The couple were in the room when he appeared, and Paul, who has two children from a previous relationship, cut the cord.

Jacky, of South Horrington, Somerset, said: “It was just the most amazing moment.

“Caspian was handed straight to me because Katherine didn’t want to bond with him and she wanted me to have those moments. It all fell into place.

“We are totally over the moon with him. We look at him and pinch ourselves because it seemed impossible that Paul and I would ever be able to have a baby together.

“We are sharing our story to show that it can happen, but sometimes not in the way you expect.” Katherine, who lives in Holland with husband Sam, 27, who is in the Navy, added: “I knew that if I didn’t offer to be mum’s surrogate, she would struggle to find one.

“The artificial insemination was disgusting but I tried not to think, ‘Oh, I’m inseminating myself with my mother’s husband’s sperm.

“I just thought, ‘I’m making a baby in a different way,’ and blocked it out.

“There were times when I thought, ‘Have I made a mistake?’ I was told that I was going to feel something for this baby.

“But when I actually gave birth he was handed straight to my mum. Then I looked over and saw the three of them together and it was amazing.”

Jacky, who worked in the NHS for 15 years and is an author, had three sons and two daughters before Caspian, who are now aged between 12 and 30.

But seven years ago, her husband Jason, 47, died of Sudden Adult Death Syndrome.

Jacky said: “It was devastating but I adapted to single life. I was happy – I got on with things. I didn’t want another relationship, baby, nothing.

“But my grown up children started worrying I was lonely and they put me on Plenty of Fish and Tinder, and I promised I would go on a few first dates.

“One of the men happened to be Paul.” Jacky and Paul, who owns a pharmaceutical company, hit it off and after getting to know each other as friends, began dating in 2013 and married in Mauritius in 2014.

Jacky said: “He loved me so much that he just really wanted to have a child with me.

“I was reticent at first but I knew Paul would always be a tiny bit sad if we didn’t.”

The couple researched surrogacy and visited various IVF clinics in London, but were told it would never happen as Jacky was no longer producing eggs.

It was at that point that Katherine volunteered to carry her mother’s baby for her.

Jacky said: “We were sitting in a coffee shop and she took my hand and told me she and her husband, Sam, had been thinking about it.

“The fact that she was willing to do this for me and Paul, it stopped my heart completely.

“It’s a bit Jeremy Kyle, but Paul was jumping for joy, he was like, ‘Oh my God, it is going to happen.’ And there would be a genetic link with the baby.”

The family sat around the kitchen table and drew up a contract in mid 2015 after seeking legal advice.

The terms included that Jacky and Paul would pay Katherine’s expenses, while she agreed not to have sex with her partner while trying to conceive for them.

Then, Jacky and Paul booked a hotel near Katherine’s home in Portsmouth and did 14 ‘transfers’ over a week – and luckily, she fell pregnant.

Jacky said: “As a nurse I’m very used to being matter of fact, but it was gross. Paul would go in the bathroom and do his business and I would help him.

“Then I would put it in a syringe, run it through to Katherine who was lying on the bed and she would inject it into herself.”

In the wider world, the trio were vilified by friends and colleagues who told them it was “against nature” and asked Katherine how she could give up her baby.

But they brushed it off and the pregnancy went perfectly, with Jacky and Paul attending all the scans.

On the morning of Friday, May 13 last year, Katherine’s waters suddenly broke at 37 weeks while she was having a coffee at Costa with her mum.

They rushed to a birthing clinic – which was fortunately next door – and 13 minutes later Caspian was born.

Once Caspian is old enough, Jacky will tell him how he was conceived and show him the memory box of photos she and Katherine have collected.

She added: “Caspian was hard to get and we are all very proud. He will absolutely know where he came from. Four people created him in a circle of love.

“Katherine is still Caspian’s sister, but there is a gold star attached.”

The Edwards were advised by Nicola Scott, a solicitor with Somerset law firm Porter Dodson who was the first in the country to qualify in fertility and parenting law.

She said: “Whilst this case may seem complicated by the fact that a daughter carried a pregnancy for her mother, it was actually no more legally complex than any other surrogacy arrangement.

“The law always treats the surrogate as the legal mother, even if she is not biologically related to the child.”

Jacky has has written an account of her nursing and family life, ‘The Sky is Not the Limit’, and is working with on a book with Katherine about their surrogacy story.