This is the incredible moment two friends on a walk in the woods found a man near to death – trapped down a HOLE. Izaak Eglington-Watts, 19, and best pal Emily Thompson, 18, were exploring a forest when they heard a noise from inside a dark chamber. They began shouting hello and at first thought […] 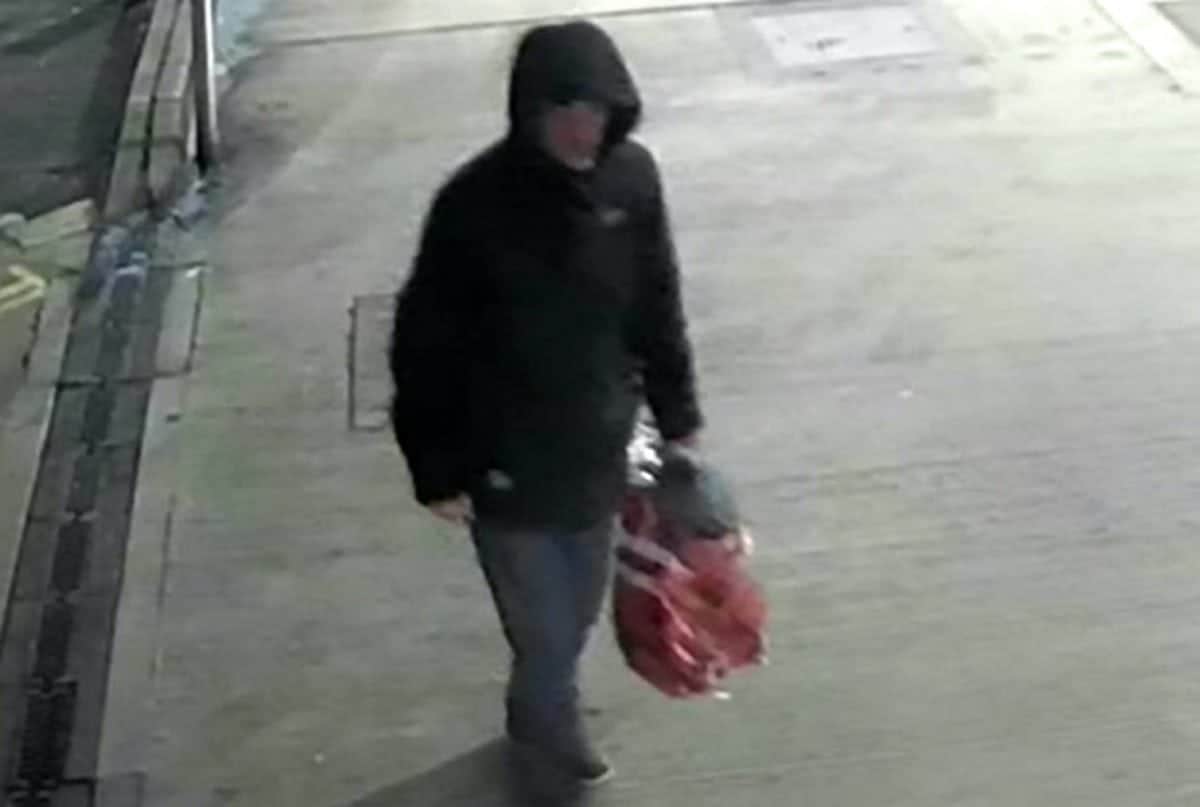 This is the incredible moment two friends on a walk in the woods found a man near to death – trapped down a HOLE.

Izaak Eglington-Watts, 19, and best pal Emily Thompson, 18, were exploring a forest when they heard a noise from inside a dark chamber.

They began shouting hello and at first thought the replies they got were an ECHO – but then realised someone was down there.

Incredibly local man James Thompson, 51, was trapped down the bricked hole at the side of a bridge – and had been there for two WEEKS.

Police say James had been missing for a month and living in the woods but at some point hurt his ankle and slid into the hole for shelter – and couldn’t get out.

Officers believe he was just a day from death but he has now been pulled to safety and is recovering.

Izaak, a trainee teaching assistant, said: ”I thought I would poke my head inside, and then I started shouting ‘hello’ to hear it echo. “I then climbed down into it and asked Emily if she wanted to come in as well, but she said no.

”I kept shouting ‘hello’ over and over again to hear it echo, just out of fun and to make Emily jump.

“Then I climbed up into another section which lead into another hole and shouted hello again, which is when I got a reply back.

”It obviously scared me as it was pitch black down there, and all I had was my phone flash, but I couldn’t really see anything.

“I got out of there quickly as I didn’t know who it was, and Emily thought I was winding her up, as I’d only done the same thing 30 seconds beforehand.

“We walked back up to get away from the area, but she still didn’t believe me that I’d heard somebody, so I said I would go back and record it to prove it to her.

”I was absolutely terrified. I did not expect a response back, but I am so happy he has been found.

“It was only out of curiosity that I went and had a look down it – I didn’t think anything was going to be inside it.

“His family must be over the moon. He is safe and well now.” Police say James was on the brink of death when he was found in the hole in Plymbridge Woods, Plymouth, Devon.

Izaak and Emily had gone for a stroll in the woods to make the most of the sunshine and warm weather.

Straying from the path the pair realised they had gone the wrong way and turned around.

That’s when an opening in a wall caught Izaak’s eye and he turned back to have a look inside.

When Izaak started recording the video he heard a man’s faint reply – the man told him he needed water and the pair tried to get help.

Izaak, of Plymouth, added: “He said he needed water and I was really worried.

”Emily was waiting up the top of the steps, so I ran back to her and then asked a man who was jogging with his girlfriend and dog to come down with me.

“I didn’t know what to do, but I thought the man might be hurt or stuck, even though he said he wasn’t.

“The runner came back down with me and shouted to him, but said he wouldn’t risk his own safety by going in there.” All four of them then tracked down some other people nearby – a group of contractors working to repair a bridge.

“I think it was them who called the police,” continued Izaak. “I didn’t speak to the police to myself because the workers told us it was safer just to leave.”

A police spokesman said: ””He was so emaciated and dehydrated that if he had been there for another couple of days he might not have survived.

“He is very, very lucky he ended up being found when he was.

“He was living in the woods and drinking water from a stream. Then he fell over and hurt his ankle and crawled into the hole.”

Mr Thompson of Plympton had last been seen on March 8 at the Premier Inn in Lockyers Quay wearing a long black jacket and blue jeans.

He was found at 5.30pm on Wednesday and was taken off by an ambulance crew to Derriford Hospital for treatment.

His condition is unknown.