John Bryant claims he did not know the controversial nature of the flag, often associated with white supremacy 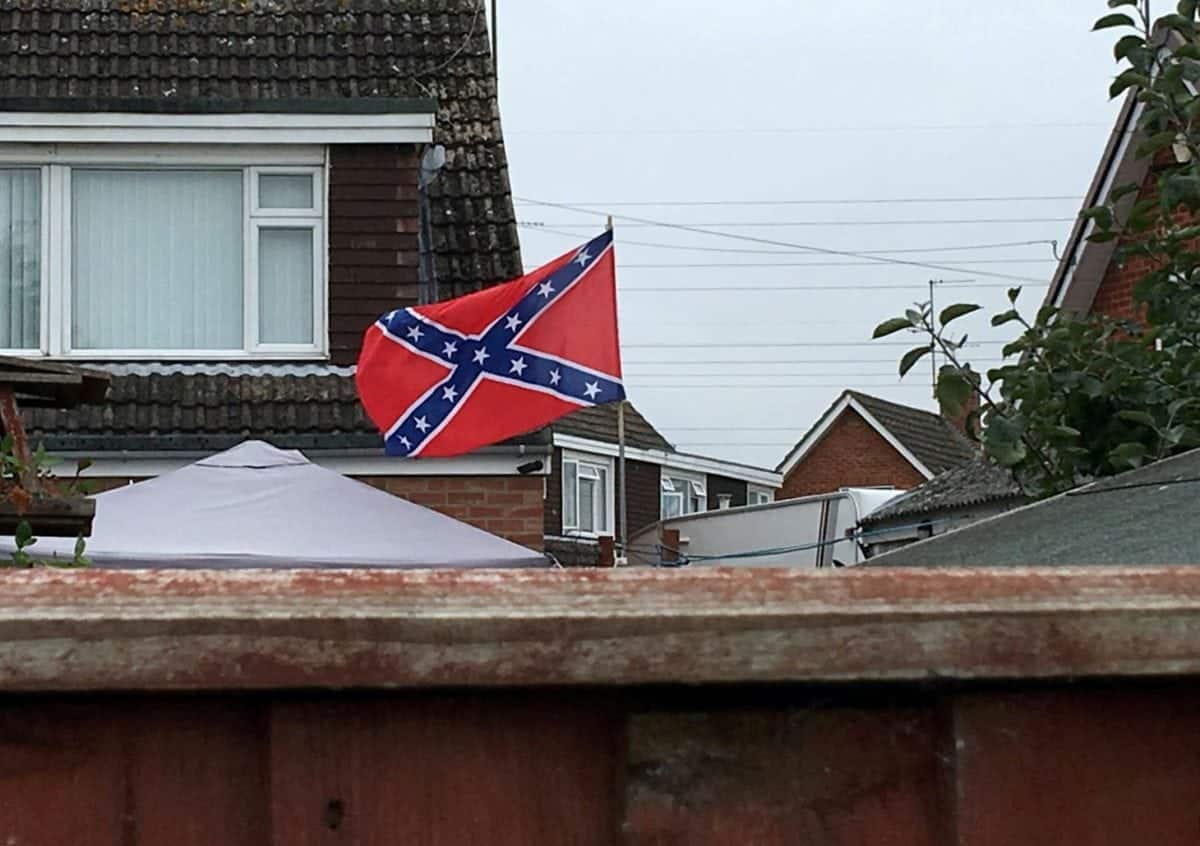 A Country and Western fan was forced to take down a Confederate flag flying over his house – over allegations of racism.

John Bryant flew the controversial flag over his semi-detached home in Cheltenham, Gloucestershire.

The 71-year-old claims he only put it up because he was a Country and Western music fan and knew nothing about its controversial nature.

He has since taken down the flag and says he will not display it again.

John said: ““To be honest, I didn’t realise it was racist or anything like that. I just put it up as a flag.

”We’re a member of the Country and Western club at Notgrove in the Cotswolds. They use all sorts of flags, this kind and others, up there for table cloths. 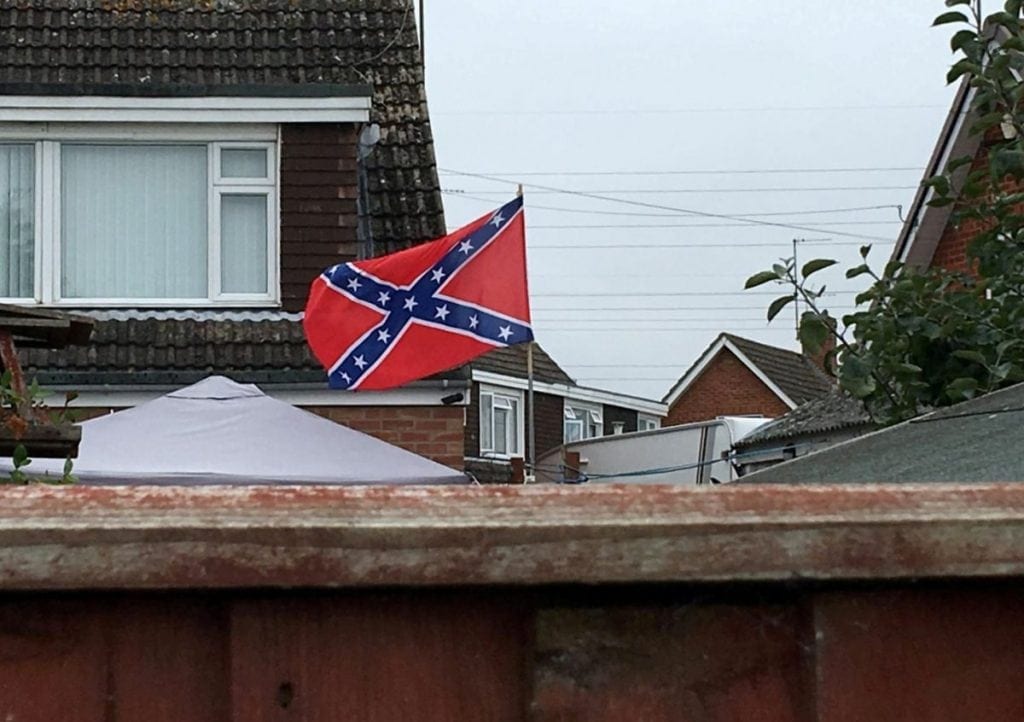 “I said to one of the members that I would like a flag. He got me one and I put it up.”

He insisted that he was not aware that some people regarded the flag as racist and he said he was sorry if he had offended anyone.

The blue and red flag, featuring white stars within a cross, is hugely controversial in the United States of America.

While some say it simply represents the tradition and culture of the south of the country, others say it represents slavery, hatred and white supremacy.

One neighbour, who asked not to be identified, said: “Maybe he should stick to flying a flag of Dolly Parton instead.”