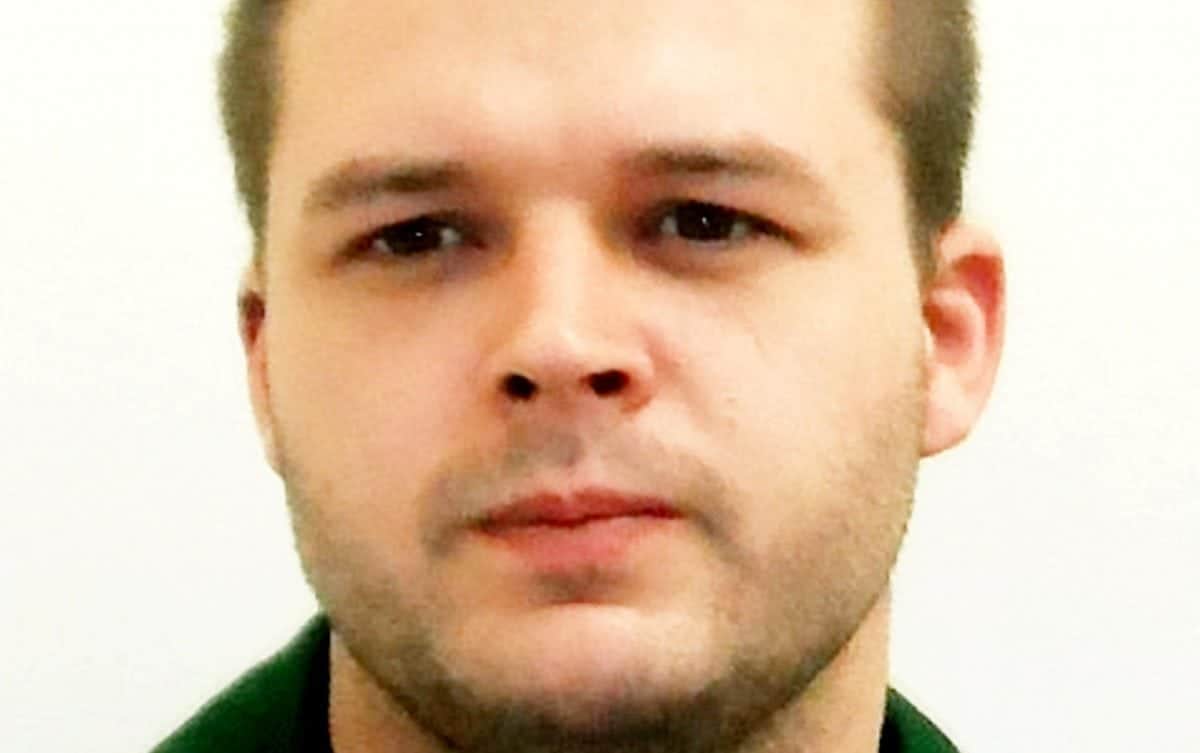 A convicted killer who falsely imprisoned an underage boy before raping him in a closet has been jailed for life.

Twisted Ben Murphy, 31, had groomed his victim and bought him cigarettes after meeting the youngster on a bus.

He then forced the boy to meet him at a pub before they took a taxi to his flat in Kidderminster, Worcs., on December 14, 2016.

Murphy told the boy to take off his coat in an alleyway and bound his arms behind his back with duct tape before blindfolding him.

The victim, who cannot be named for legal reasons, was then subjected to a two hour ordeal in which he was raped and left with numerous cuts and scratches.

Murphy was previously convicted for the manslaughter of his childhood friend Adrian Palmer, 21, a decade ago.

Mr Palmer was strangled by Murphy on May 19. 2006 and his body was found dumped in an alleyway by a postal worker.

A court heard the boy knew about Murphy’s conviction for manslaughter which had “a massive impact on the fears he had”.

Murphy pleaded guilty to two counts of causing or inciting a child to engage in sexual activity and to seven counts of making indecent photographs of a child and previously to rape and false imprisonment.

However, he did not appear for sentencing at Worcester Crown Court on Tuesday (12/6) after claiming to be ‘ill’ – although a nurse could find nothing wrong with him.

Judge Daniel Pearce-Higgins QC said Murphy had sought to avoid “the day of judgement” as he jailed him for life, to serve a minimum of eight years.

The judge described the defendant as “dangerous” and said he posed a “significant risk” to the public and particularly young boys.

Prosecutor Michael Burrows QC said Murphy had been banned from having unsupervised contact with any child under 16 when he groomed the youngster.

Describing the attack, he added: “He put a black mask on his head so he was blindfolded.

“The mask was made from a square of thin black fabric which wrapped around his head so all of his face was covered.

“He claimed he was saving the boy from someone called ‘Connor’ but there was no such person.

“He told the boy – ‘you want to see how violent I can get? Things can get nasty- big problems.”

“He groomed his victim, befriending him and plying him with cigarettes, all in order to satisfy his twisted sexual desires.

“It’s a pattern we regularly see with predatory sexual offenders.

“I would like to pay tribute to the bravery of the victim in this case. What he went through was unimaginable, especially for someone so young.

“He and his family have acted with dignity throughout this investigation and their support has helped to ensure this conviction.

“I hope today provides them with some form of closure and they can start to rebuild their lives.

“Hopefully, today’s sentence will send a strong message to other sex offenders that they will not get away with it and give other victims the confidence to come forward in the knowledge that they will be listened to and supported.”

“Sadly, sexual exploitation affects many children and young people, but we can all help by looking out for telltale signs.

“If you are concerned something isn’t right then report it; your call might help us to stop another dangerous sexual offender.

“If you have been or think you have been a victim of sexual exploitation then please contact police. We will investigate and we will support you; you are not alone.”

After the conviction, the grandparents of Adrian Palmer, Andrew and Margaret Palmer who attended the hearing read out a statement.

Mrs Palmer said: “We feel Adrian has been vindicated.

“Murphy is a danger to young people. Parents, watch out for young boys and vulnerable young men.

“We feel for that family. We feel really, really bad for them.”