“We have already started speaking to psychologists who work with other charities in war zones and collecting information from other staff members.” 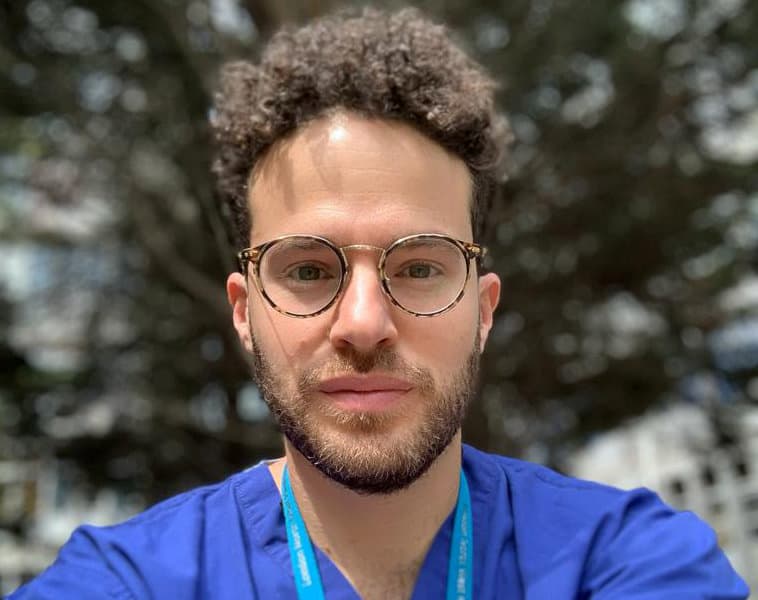 An intensive care consultant says dealing with Covid is like having a terrorist attack twice a day and NHS staff need more help with PTSD.

The father of one, who has worked in the intensive care unit (ICU) at Northwick Park Hospital, for four years, believes NHS staff witnessing death “on a daily basis” are not being given the support they need to cope with mental health problems.

Mr Berrebi said: “None of us have seen anything like it.

“If I was to give you an idea of how big this is, it would be like having a terrorist attack twice a day, every day, all week.”

He added: “I look after patients who have serious health conditions and who are likely to pass away in the next few hours.

“The mortality rate in intensive care units in the United Kingdom is somewhere between 20 and 30 per cent, so no matter what you do, some people will die.”

While the NHS has recently launched a free helpline to help nurses and frontline staff deal with mental health problems, it may not be enough.

Mr Berrebi said: “The NHS does provide support, but it is very obscure.

“In normal times, there are onsite psychology teams, but I have never met them and now they are all self-isolating.”

He added: “There’s still this attitude – If you are having a hard time, just deal with it and man up.

“One of my colleagues who has been working in intensive care for 20 years had a nervous breakdown and had to take two weeks off because he didn’t know who to talk to.”

The NHS has seen a dramatic increase in the number of intensive care patients since the COVID19 outbreak and staff shortages have forced ICUs to recruit staff from other practices, who may be prone to stress.

He continued: “We normally have space for 17 people and now we have 60 with the same number of staff.

“Those who need the most support are the non ICU staff, for example physiotherapists and medical students, some of whom have never seen someone on life support or die before.”

The ICU consultant has launched the @HatsOffCampaign and hopes to raise £50,000 to start his own charity, which will help frontline workers combat mental health issues through psychotherapy, meditation and mindfulness.

“That’s what I want to create for people with mental health problems in the NHS.”

He added: “We have already started speaking to psychologists who work with other charities in war zones and collecting information from other staff members.”

Mr Berrebi, who is also a talented musician, has released a song – Super Heroes, to help drum up support for the campaign.

The soulful lyrics: “We love you, salute you and take our hats off to the superheroes on the fast lanes” are also a way of giving back to people who are clapping for the NHS, he said.

This is not the first time the NHS worker has used his musical talents to raise awareness about the challenges of working in intensive care.

His previous track – Strong, which was released in 2015, talks about his own experience, both positive and negative.

Mr Berrebi said: “Working in intensive care has definitely had an impact, but I have been doing this for 15 years, so I’m getting used to it.

“But I have had my share of dark times in the past and music has been a way for me to cope with it.”