"This [gay marriage] was something passed in law many years ago. I don't understand why this debate is still a thing," said the chair of the Essex Pride group. 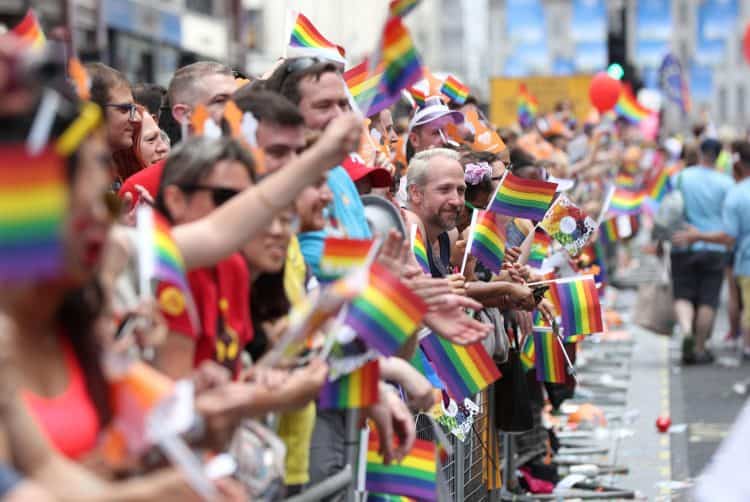 A posh seaside town is embroiled in a homophobic row after a Christian councillor claimed that gay ceremonies – are ‘not really weddings’.

Reverend Tony Shrimpton, who’s in his 80s, was condemned for the “blatantly homophobic” views expressed at a council debate over allowing a Pride flag to fly at a 15th Century wedding venue.

Councillors in Maldon, Essex, rejected a call from Moot Hall, which has offered LGBT+ weddings since 2011, to fly the rainbow flag for gay weddings.

At the meeting on August 16, Independent councillor Shrimpton said: “I’m happy about the flag being flown during Pride Week.

Shrimpton’s comments have sparked anger in the quaint coastal town.

Ormes, 46, said: “It’s obviously an outrageous thing to say, particularly from a leading person within the council who has authority to speak about these things.

“You’d think they would have an understanding of equality and diversity. The comments are archaic.

Garry, who is a gay man, said: “This [gay marriage] was something passed in law many years ago. I don’t understand why this debate is still a thing.

“This is a really backward step.

“It doesn’t make anyone feel accepted and if I was living in Maldon I would suggest you wouldn’t feel welcome as a person.

“It makes LGBT people feel isolated and not as if they’re equal.”

He previously told the BBC: “I’m a believer in the traditional marriage between a man and a woman.

“There should be a word that replaces the meaning of same-sex marriage. It would be more comfortable with me if there was a word for it.

“I supported the Pride flag flying during Pride week but I abide by the bible which clearly says marriage is between a man and a woman.”

Julie Miller, trustee of Moot Hall, said: “We totally distance ourselves from the opinions expressed by some members of the Town Council at the meeting and are disappointed not to receive permission to fly the flag as and when we might wish.”

A group of 25 local businesses also banded together to demand repercussions for Shrimpton’s comments.

An open letter to the council read: “We are completely and utterly dismayed and disappointed to have read a recent article regarding the flying of a pride flag outside of Moot Hall.

“It’s 2021 and we were absolutely shocked to see the blatantly homophobic and outdated comments made by Councillor Shrimpton and others in the 16th August council meeting about purchasing the LGBTQ+ pride flag.”

It continued: “For your education, the pride flag is about inclusivity – it shows that love has no gender or sexual orientation.

“Mr Shrimpton himself would fall under the pride flag representation.

“We are bitterly disappointed in this council for not holding Mr Shrimpton and others to account and rest assured we will be using our voices to do so and ensure comments like this do not happen again.”