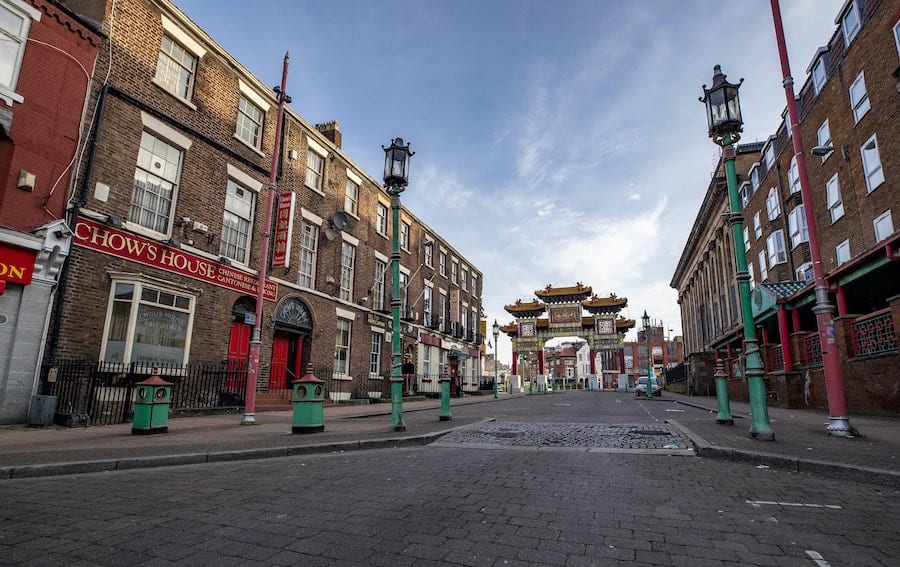 Rising levels of racist abuse that forced people of Chinese heritage to withdraw from UK society before the lockdown are likely to escalate when it lifts, an academic has warned.

Chinese people have been coughed at, attacked and told to “go back home”, according to research led by Professor Binna Kandola.

Reported experiences ranged from casual jokes to violent attacks and death threats, with people left too frightened to venture out alone and children ridiculed by their peers, 29 in-depth interviews with people of east Asian heritage revealed.

One woman, an NHS doctor who works in her local hospital’s respiratory unit, said she has stopped her daily morning jog because of the abuse.

Another woman was so alarmed she began wearing a label which read: “Please don’t fear me – I don’t have the virus.”

One family withdrew their four-year-old boy from a football club after other parents told their children not to stand close to him.

Prof Kandola said he believes part of this is an attempt to try to gain control over uncertainty by scapegoating, but that many victims felt there was also underlying racism, and a lack of concern from others about this racism.

The business psychologist and author told the PA news agency: “The effect it is having on everybody is they feel more threatened, they feel far more wary about going out.

“One person said the abuse they received made them wary, even about going out into their own neighbourhood, where they had previously felt very safe.

“People have withdrawn, and were withdrawing before the lockdown occurred.”

Some people who have lived in the UK their whole life are questioning “whether people of Chinese heritage will ever be accepted as British”, Prof Kandola added.

The research was prompted by a woman on LinkedIn who told the authors she was worried about the anti-Chinese prejudice she was facing in and out of the workplace.

Just over half of the 412 people surveyed said they had experienced an increase in discrimination during the Covid-19 outbreak.

One respondent said: “It’s disappointing. I was born in Wales and I’ve lived here all my life. I’ve experienced racism, unfortunately, and I’ve had to put up with it. I’ve never felt in danger though but now it’s different.”

Another added: “Nearly every British-born Chinese person I’ve spoken to is genuinely very shocked about what has happened.

“They are British, have lived all their lives in Britain and yet they feel like outsiders now.”

Many respondents referenced US President Donald Trump’s remarks about coronavirus being a “Chinese virus”, concerned that he was “inviting and condoning racism”.

Prof Kandola said society has an opportunity to show zero tolerance towards racist behaviour when the UK eases lockdown measures.

Asked if he thinks levels will rise, Prof Kandola said: “I would think yes, because things won’t be back to the way they were before the lockdown.

“It’s going to be a long time, months yet, before we get a vaccine, people are going to be on their guard. As long as there is that anxiety about people’s own personal welfare and this idea that somebody’s responsible, as long as that’s around I think there will be an increase because there will be much more contact between people as a consequence.”

The report also noted how Chinese restaurants and takeaways had had abusive notices placed on their windows and doors, affecting business even before the lockdown.

“These are not isolated incidents and are likely to be part of a pattern occurring nationwide,” it said.

In the workplace, discrimination was more subtle but a common experience, and included people “taking a wide berth around their colleagues of Chinese heritage, avoiding shaking their hands, and staring”.

Prof Kandola advised people to be wary when the lockdown measures lift, encouraging them to report any incidents.

Condemnation from leading politicians and the media would help those affected feel like they are being listened to, he said, while also suggesting local authorities direct victims of abuse to helplines or support groups.

He added: “There’s a role for all of us to keep our eyes and ears open about what is going on around us and, when we see it, to intervene.

“And there are a lot of people in this country who will be shocked about what is going on, and will do something about it.”