Marco Pierre White Steakhouse, Bar & Grill Birmingham was given a zero rating in 2014 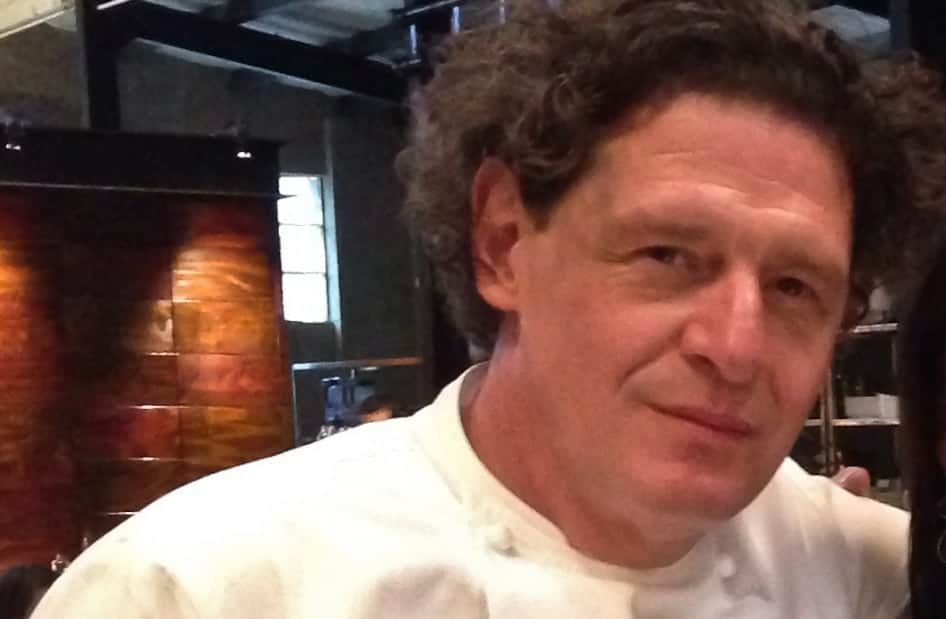 A swanky city centre restaurant owned by celebrity chef Marco Pierre White has been given a ONE out of five rating by food hygiene inspectors.

Marco Pierre White Steakhouse Bar & Grill, in Birmingham city centre, was inspected by environmental health officers on March 12 and found to be not storing or handling food hygienically.

The rooftop restaurant, which provides skyline views of the city, was told “major improvement” was needed in the way food was handled and prepared, and the way it was safely monitored to ensure it was safe to eat.

The high-profile venue – which is the chef’s flagship restaurant based on the 25th floor of iconic The Cube building – has been allowed to remain open despite the concerns.

The report, undertaken by an environmental health officer from Birmingham City Council, highlighted a number of issues including waste from the bin store and goods lift spilling onto the floor, damaged walls from bins being pulled through doors and flooring repaired with duct tape.

The report advised that the door between the corridor to the staff toilet and the kitchen must be closed to prevent the toilet opening directly into a room where food is being prepared, and that hot water took a long time to come through in the wash basin, and took a long time to drain.

The officer also found the can opener had a dirty blade and a number of chopping boards contained ingrained dirt and mould where scorning was evident.

Other issues included the air conditioning unit dripping onto food stored directly underneath it.

They highlighted dirty sponges, extensive dirt and mould in the utensil trays in the pot wash – which needed a thorough clean – and that the extendable tap was encrusted with old food debris.

The extraction unit was in need of a deep clean with large build-up of grease dripping down onto equipment and utensils.

They also said staff were not washing their hands and that use-by dates were being extended by a day with a new label in one instance.

The report said: “Replace all damaged and worn chopping boards.

“There were a number of boards that showed ingrained dirt and mould where scorning was evident.

“You should store ready to eat chopping boards in the larder section to avoid any contamination as they are currently being stored in the raw preparation area.

“The air condition unit was dripping onto food stored in directly under the unit which had broken. Repair the unit.

“Ensure that all food items are stored correctly.

“In the breakfast fridge, there were trays of raw bacon being stored above ready to eat food products.”

It also stressed that staff needed retraining on food hygiene practices and policies, as hand wash basins in the bar and service area were unused and blocked by bins.

The report also noted overflowing bins, dirty equipment and sponges, and said use by dates were being extended by staff.

Cleanliness and condition of facilities and building was rated as ‘generally satisfactory’.

The restaurant has confirmed it will be appealing the rating.

A spokeswoman said: “We have appealed the latest EHO score due to the disparity between this score and that of our independent external auditors, Shield Safety Group, who also carried out an unannounced kitchen audit on the same day as the EHO and scored us four stars.

“Prior to this latest visit we held a five-star rating and we have very stringent processes in place to ensure we adhere to and maintain very high standards.

“We are compliant with all kitchen procedures and struggle to understand how there can be such inconsistency between the two scores.

“Shield Safety Group is the leading independent auditor within our industry.

“They have a team of inspectors who are ex-EHO auditors which gives us great confidence that our kitchen and standards are in a very good place.

“Since the initial visit, Shield carried out a second unannounced visit on April 11 and again, scored the site four of five stars.

“Over the past year we have invested more than £150,000 in the modernisation and upgrading of our kitchen.

“We pride ourselves in our commitment to health and safety, and we continue to invest heavily in staff training and our kitchens.”

A spokesperson for Shield Safety Group said: “We have supported Marco Pierre White Restaurant Group across food, fire and health and safety for many years.

“An unannounced audit by one of our experienced environmental health practitioners was coincidentally undertaken on the same day as the food hygiene inspection.

“During the independent audit, we applied an equivalent rating of four stars and we remain confident that this was an accurate reflection.”

“A small number of issues were found during the audit which were immediately rectified by the business and from our more recent audits we can confirm that good hygiene practices have remained in place.

“Marco Pierre White Steakhouse Bar & Grill Birmingham has applied for a re-rating by the EHO and we would expect it to receive a much more favourable outcome.”