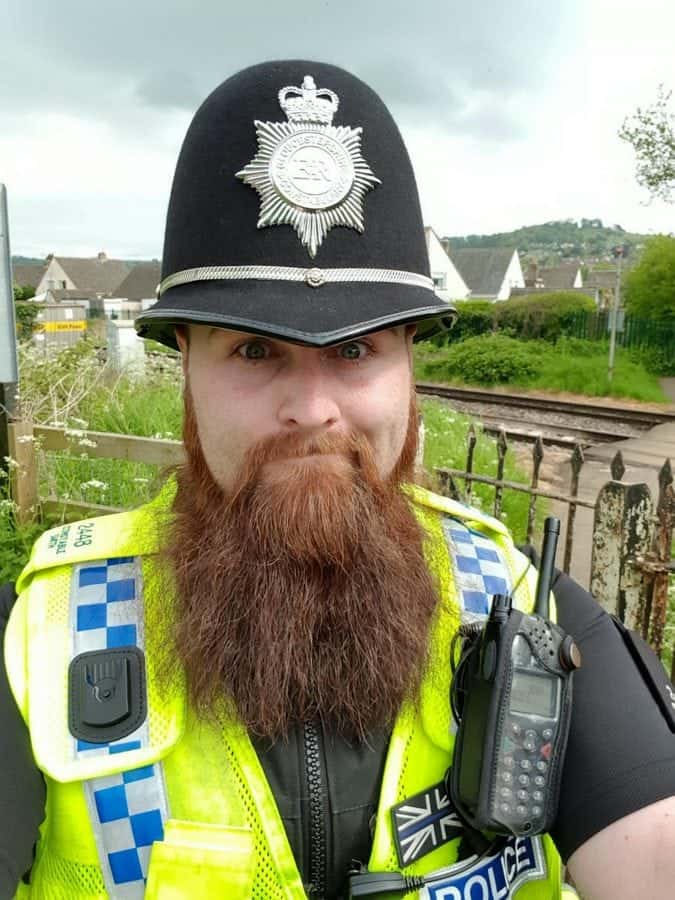 A copper has been hailed as having the most hipster beard in the British police.

PC Graham Smith’s seven-inch facial hair has been turning heads on his patch in Stroud, Glos.

Graham could claim to take on the mantle of Hipster Cop – after riot officer Peter Swinger was given the tag in 2015. 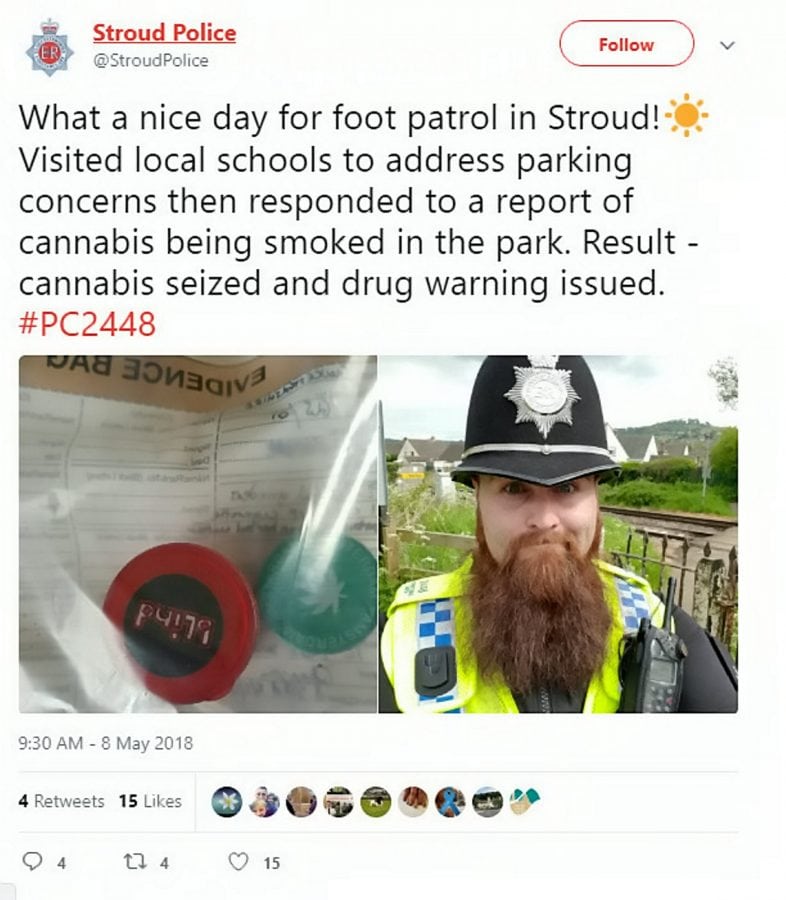 Ex-soldier Peter was snapped looking suave with a curly moustache at an EDL rally.

Graham was spotted on social media after seizing cannabis from people in a local park on Tuesday.