A “despicable” carer caught on camera stealing cash from a 93-year-old deaf woman in her own home has been spared jail – and told to pay back less than £1-a-day. Jessica Holmes stole a total of £150 from vulnerable Kathleen Clee after going through her purse on three occasions. Holmes, 26, was spotted when Mrs […] 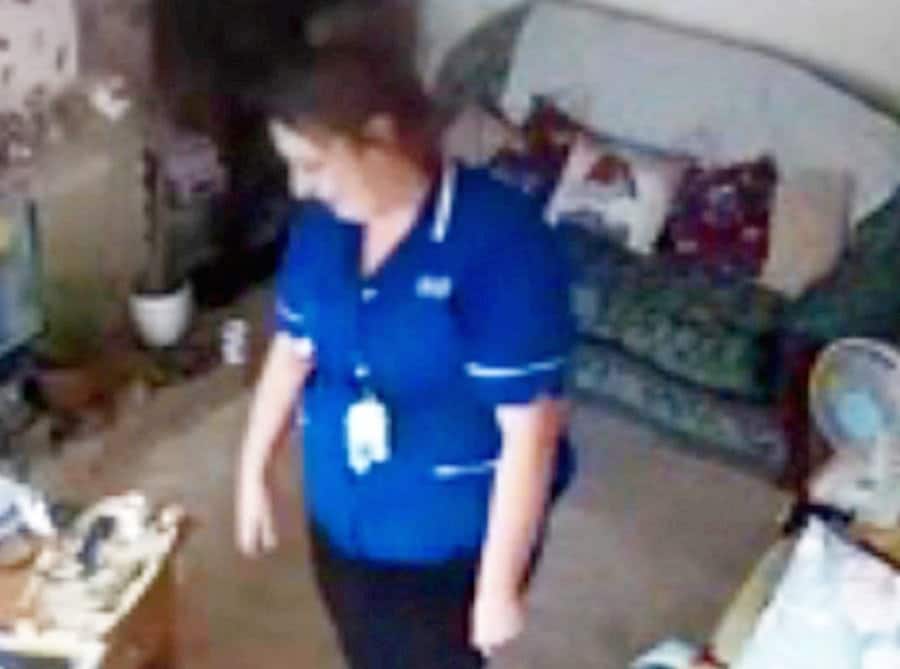 A “despicable” carer caught on camera stealing cash from a 93-year-old deaf woman in her own home has been spared jail – and told to pay back less than £1-a-day.

Jessica Holmes stole a total of £150 from vulnerable Kathleen Clee after going through her purse on three occasions.

Holmes, 26, was spotted when Mrs Clee’s daughter, who managed her mother’s finances, installed CCTV after she became suspicious that money was being stolen.

The carer was employed by Caremark to look after Mrs Clee who had mobility problems but still lived on her own in a bungalow in Worcester.

Holmes, of Dines Green, Worcester, admitted theft between May 1 and July 15.

She was handed a 12-month community order and must complete 80 hours of unpaid work and 30 rehabilitation activity requirement days at Worcester Magistrate’s Court.

Judge Nigel Cadbury said: “This was despicable behaviour and I understand why the victim’s daughter said precisely that in her victim personal statement.

“This is stealing from an old person who is clearly vulnerable.

“Old people and their families must be able to trust the care workers they employ to go into old people’s homes to look after them.

“It’s clearly a case of high culpability, abuse of trust or responsibility which you did.

“Just imagine how bad and angry you would feel if that happened to your grandmother.”

Judge Cadbury also ordered her to pay £150 compensation, £185 costs and an £85 victim surcharge at a rate of just £5-a-week meaning she will pay off her debt in 19 months.

Prosecutor Owen Beale said: “The defendant went into the living room, picked up the handbag, went through it and took the money from it.

“She said she felt awful about it and had been and had been intending to put the money back when she returned later that day to care for her again but accepted she had also done this before.”

A statement from Mrs Clee’s daughter, read out in court, said: “I’m disgusted this incident has happened.

“This is a despicable incident that has made me feel sick.

“I don’t know how people can stoop so low and prey on vulnerable people.”

Mark Sheward, defending, said: “The prospect of being homeless terrified her.

“The offence was committed through not being able to pay her rent.

“She receives no maintenance from her ex-partner for her child. He doesn’t pay anything at all.

“She wanted to keep her home and restored to theft.”