A posh toff at one of the world’s top universities set fire to a £20 note – in front of a freezing homeless person. A shocked passer-by watched while a drunk University of Cambridge student in a white bow tie and tails attempted to burn the banknote in front of the vagrant. Video of the […] 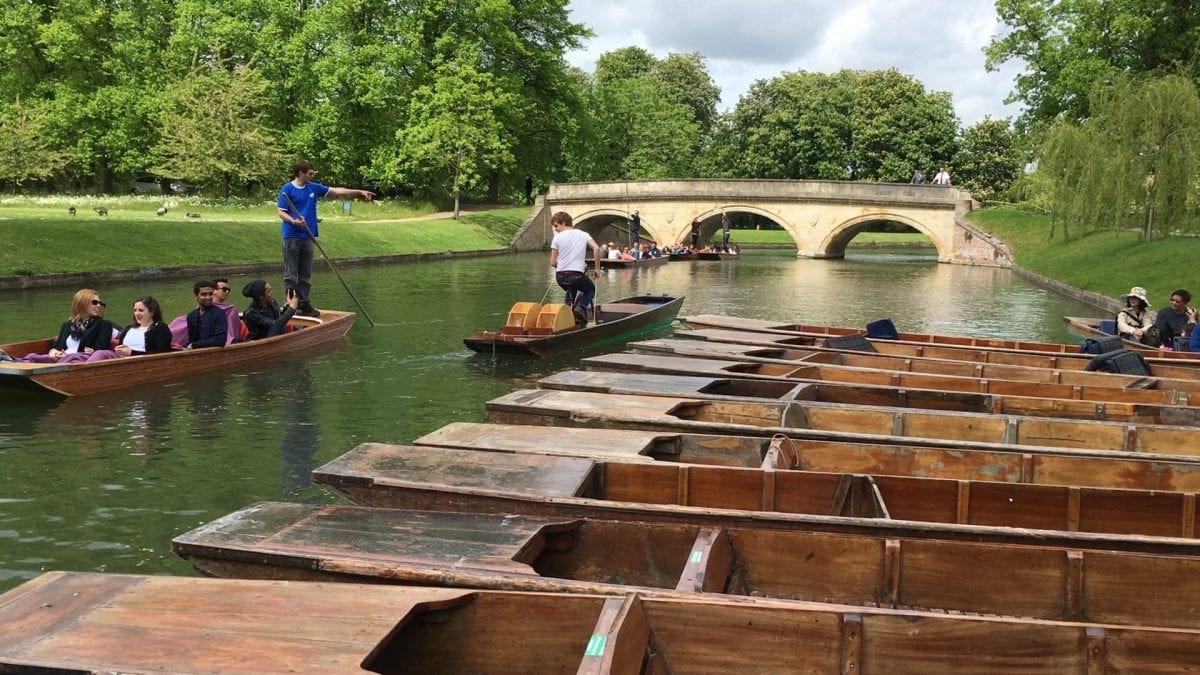 Barnaby Walker, 22 on his pedal powered punt. See Masons copy MNPUNT: An engineering student has invented a new way of powering a traditional river punt - by pedal power. Barnaby Walker, 22, took up the challenge from his supervisor after trying to find new ways of powering a punt and came up with the 'puntcycle'. The Cambridge University student converted an unloved old punt into a sleek, two-wheeled speed machine - capable of leaving all other river-users in his wake. He decided to breathe new life into French Hen, a punt which was a year older than himself, and rescued it after being beached for three years.

A posh toff at one of the world’s top universities set fire to a £20 note – in front of a freezing homeless person.

A shocked passer-by watched while a drunk University of Cambridge student in a white bow tie and tails attempted to burn the banknote in front of the vagrant.

Video of the incident was seen by hundreds of students after it was shared on Snapchat.

In the video the student struggles to light the note, while the film-maker panned to the homeless person.

The student says “some homeless shelter”, and the video cuts out, which was allegedly taken in the early hours of February 2.

It has been rumoured that burning a £50 note in front of a homeless person is one of the initiation ceremonies of Oxford’s notorious Bullingdon club.

It is understood that the attempt was by a member of Cambridge University Conservative Association who has since been expelled from the group.

Speaking to student newspaper The Tab, a Cambridge resident who saw the student soon after the incident said: “I was blocked from getting into my college as some chap in white tie was being excluded by the porters.

“I saw the videos of what he did the next morning, and am utterly shocked and appalled that someone would do such a thing.

“I’m sure I speak on behalf of the student body when I say that we condemn such actions.” Cambridge University Conservative Association said the student has been expelled from the association but added that the burning of money was not done before or after a CUCA event.

“We determined the appropriate response to be to revoke his membership and bar him from all future events, which we did on Saturday.” White tie is the most formal dress code, even more so than Black tie and is usually reserved for the highest of high profile events – like state dinners with the Queen, Nobel Prize ceremonies, and Magdalene May Ball.

Some members of the Cambridge University Conservative Association are known to regularly wear white tie to CUCA dinners.

The Honorary President is prominent historian Andrew Roberts, author of ‘Napoleon the Great’.

This is not the first time in recent months CUCA have been embroiled in scandal.

In June last year CUCA had to defend themselves against multiple allegations of sexism after varsity revealed that the women’s officer felt she had “faced open ridicule” and “aggressive sexism”.