Wine has long been seen as the stuff of connoisseurs, a beverage which comes with its own arcane mythology, only slurped and understood by an insufferable few. Films like Sideways and Somm have only served to deepen the mystery around the hallowed grape, and most sensible-thinking people are put off by anything breaking the dreaded […]

by Sam Lewis-Hargreave
in Food and Drink, Wine

Wine has long been seen as the stuff of connoisseurs, a beverage which comes with its own arcane mythology, only slurped and understood by an insufferable few. Films like Sideways and Somm have only served to deepen the mystery around the hallowed grape, and most sensible-thinking people are put off by anything breaking the dreaded £10 barrier. “Sometimes,” as the great cultural critic Alan Partridge once said, “you just want to say, sod all this wine, just give me a pint of…mineral water.”

But recently, something strange has happened – fine wine has gone overground. Some have dared suggest it could be “the new craft beer.” Meanwhile, trendy eateries like London’s Burgers and Wine and the Zinburger chain in Arizona are bringing the fine wine experience to a new audience of hipsters who want something different to wash down their artisan street food.

So I thought it would be worth splitting the difference, and I set to scouring the world-wine-web for opinions from the experts. I wanted to know the strangest pairings they’d encountered and, most importantly, enjoyed. The results were varied to say the least – some pairings were so not weird that I’d already heard about them (don’t you hate it when the stuff you love goes mainstream?). A number of experts were kind enough to reply, but not kind enough to actually offer any advice.

One common thread, though, was a name: Fiona Beckett – an award-winning food and wine writer. “Find Fiona Beckett,” the experts said, in spooky unison. “She holds the key to your listicle.” So I went, a mustachioed Captain Willard in search of his own personal Colonel Kurtz, speaking to other esteemed insiders along the way. 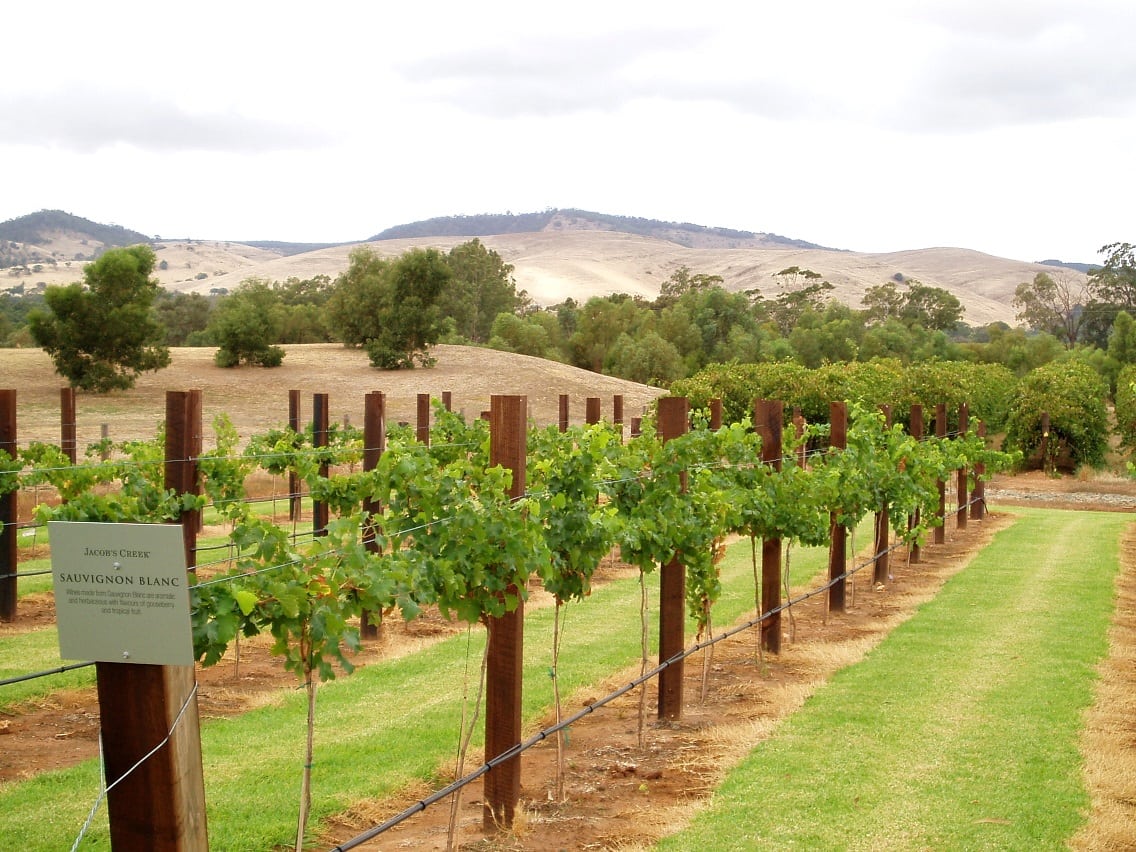 Let’s kick off with a pretty sensible option. This recommendation comes from Jeffrey Benson, a superstar of the wine trade for over 35 years. He also dabbles in jazz, so you know this guy’s got class. Benson took a break from busting out searing sax solos to suggest Dover sole cooked in orange with New Zealand Sauvignon Blanc as his weird and wonderful wine pairing. With this pairing, according to Benson, it is difficult  to tell “where the wine finishes and the food starts.”

Now, I can’t say I’ve ever tried Dover sole (unless you’re talking about the classic R&B cover band that plays on ferries crossing the channel – maybe JB knows them?), and I can’t say I’ve knowingly tried Sauvignon Blanc either, but any food that tastes indistinguishable from wine has to be pretty weird tasting.

As a side note, you know one food that is distinguishable from wine? Wine Gums. Remember having them for the first time, then thinking that was what wine actually tasted like? And then the bitter, bitter disappointment of actually drinking wine? It’s the reason I’m in therapy. But seriously, someone needs to come out with a drink that does taste like Wine Gums – preferably alcoholic. And for that matter, some gums that taste like actual wine. I bet Jeffrey Benson would be all over them.

Opinions on dessert wine seem to be pretty similar to those on starter-and-main-course wine: the darker the meal, the darker the drink. Some vineyards have even gone as far as making special wines for particular desserts – Red Velvet, anyone? Having Jack Boone from The London Wine Cellar give his two cents on the matter definitely put my mind at ease, though.

In a moment of candour, Jack confessed that he’s “always had a weakness for the sweet wines from the Loire Valley” before adding that “sweet Chenin Blanc offers a fresher alternative to sticky Sauternes”. This led him to plump for a Pear Tarte Tatin accompanied by “a chilled glass of Quarts de Chaume from Domaine Baumard.” The Loire Valley website describes that wine as “opulent, complex and full-bodied,” which just as fittingly describes my ideal girlfriend. Just saying. 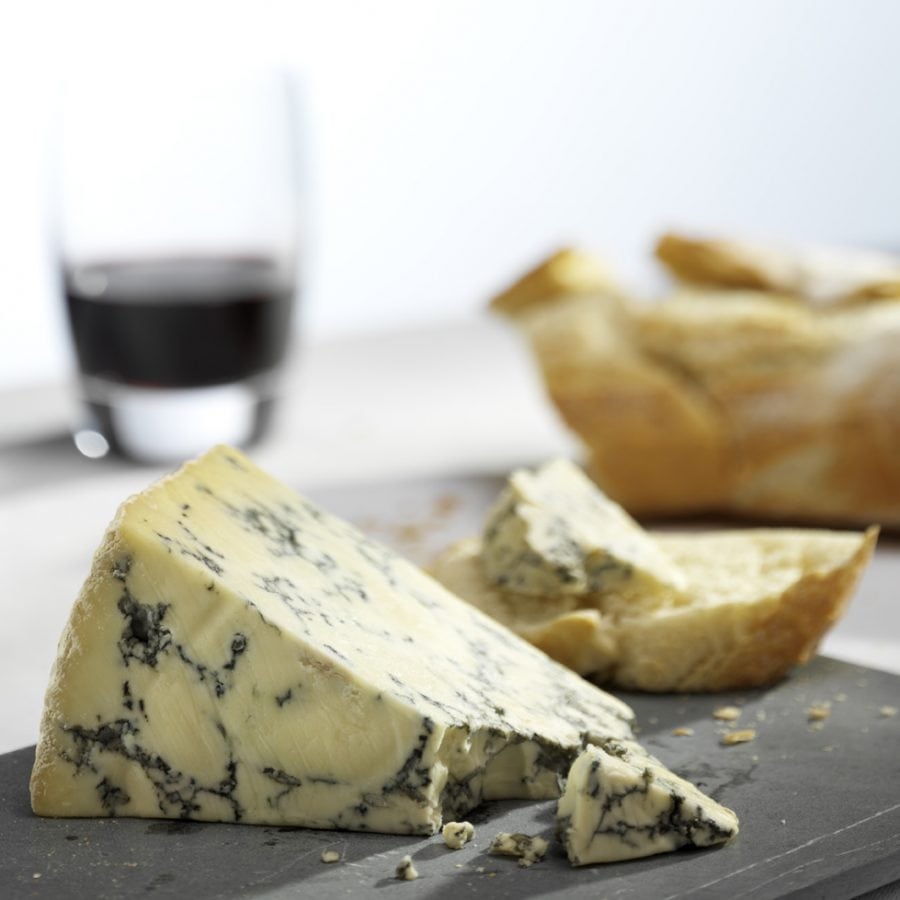 My next encounter took me back to the world of combining wine and savoury snacks. A “‘classic’ pairing”, according to Gilbert Winfield of Winfield Wines, is Stilton and Port, along with Roquefort and Sauternes. “That might sound weird at first,” he told me, “But when you try them, [they] work really well.”

That did get me wondering about what exactly makes a “classic” pairing of food and wine, though. There definitely seem to be some generally accepted truths – Pinot Grigio and white fish, sweeter wines with spicy meals, red wine with red meat.

Of course, thanks to the internet, everyone’s a critic, and people have begun penning “insightful” articles about what wine goes best with everything from Girl Scout cookies to fast food.

But Winfield had a suggestion which (nearly) revolutionised the article. He came up with an alternate angle: “I will suggest something more off piste: Wine and music. Think Mozart and Vosne Romanée, or Wagner and Barolo.” The hunter becomes the hunted, the subject becomes the writer. Unfortunately, my knowledge of classical music extends to the Jurassic Park theme music – and that song goes well with any beverage – so I asked him if he had any other ideas. “What wine would best complement the work of ABBA?” I quizzed. My enquiry was met with a stony silence, and I took the hint.

I like the cut of Stephen Brook’s jib. To the point, no nonsense, and more than a little weary of my entire enterprise. “Most food and wine pairings are plain common sense,” he wrote, stealing my heart with every successive letter. “Nobody would think of drinking Syrah with oysters. And ‘food’ doesn’t exist on its own: it usually comes with spices and sauces and accompaniments, all of which alter the taste.”

Be still my heart – I know when I’m beaten, and I’m a sucker for punishment. So much sense in such a pithy package. But there were a couple more dregs left in the drained glass of Mr. Brook’s response. “In a restaurant context, where most people round the table have chosen different dishes,” he said by way of a sign-off, “you can hardly order a different wine for each person.” Damn right. Maybe this entire venture was for nothing. Besides, I still hadn’t found Fiona Beckett. As I wept silently, not only unaware of how to reach her, but with no clue as to what I should be eating with my Chateauneuf du Pap, I sent him one last message.

“Show me the way to Fiona Beckett,” I typed through a mist of tears. There was no response. 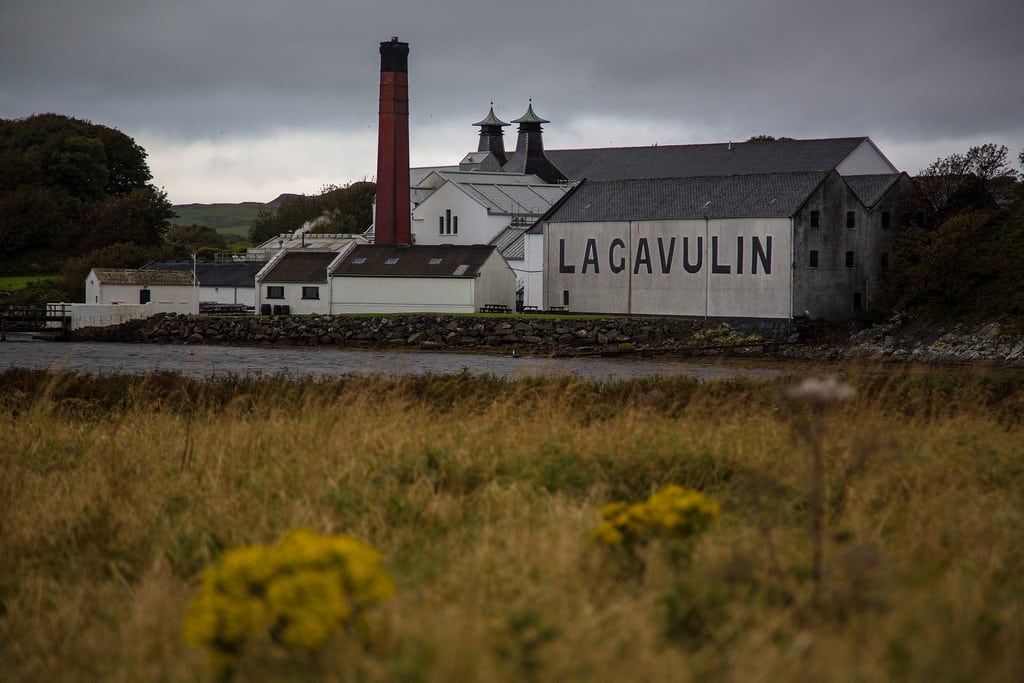 For what seemed like days and nights, I sat in front of my Macbook, paddling the internet’s vast and treacherous canal, the words of the odious Jim Morrison ringing through my head: “This is the end, beautiful friend…”

Tired, sleepless and on the brink of madness, my search was rewarded by the time I’d finished watching Apocalypse Now. I had found my Kurtz, and she was a respected food writer, offering me chocolates and whiskey instead of pouring a cup of water over her head.

“I’m going to put up Lagavulin whisky and Maltesers as my pairing,” Fiona Beckett offered, as I stared at my inbox in disbelief. Not only was she not offering me a food and wine pairing – and fair play, she’s probably bored to tears of doing that – but she suggested the very same whiskey beloved of everyone’s favourite reluctant government employee Ron Swanson.

But Fiona Beckett wasn’t finished imparting her wisdom about the pairing of lovely Maltesers and Parks And Rec-ommended Scotch. “[It was] something I was actually recommended by someone who worked at the distillery. Sounds wildly improbable but unexpectedly good. Lagavulin unharmed and Maltesers enhanced!”

I’m glad about the first part. Because the one thing I would never ever want to do is harm Lagavulin. But the second part had me excited too: the concept of enhancing Maltesers in any way is enticing, whether she is talking about the flavour or the nutritional properties.

I left immediately and purchased a bottle of Lagavulin and one of those boxes of Maltesers that seem fancy enough to buy as a birthday present for someone you don’t really care about. You know, the one with the perforated lid and the convenient hole in the middle. It wasn’t my birthday that day. But in a way, it felt like it was.

As I stood in the doorway of that convenience store, tearing open the Maltesers and pouring Lagavulin into my face – like some kind of classy poprocks and coke-style experiment – I truly felt something for the very first time. Fiona Beckett, queen of pairings, had shown me the light. Food and wine pairings were old news. The future is in food with whiskey. My next task set in stone.

NEXT TIME ON SLH – Is Pairing Whiskey And Food All It’s Cracked Up To Be? – SLH Asks The Experts