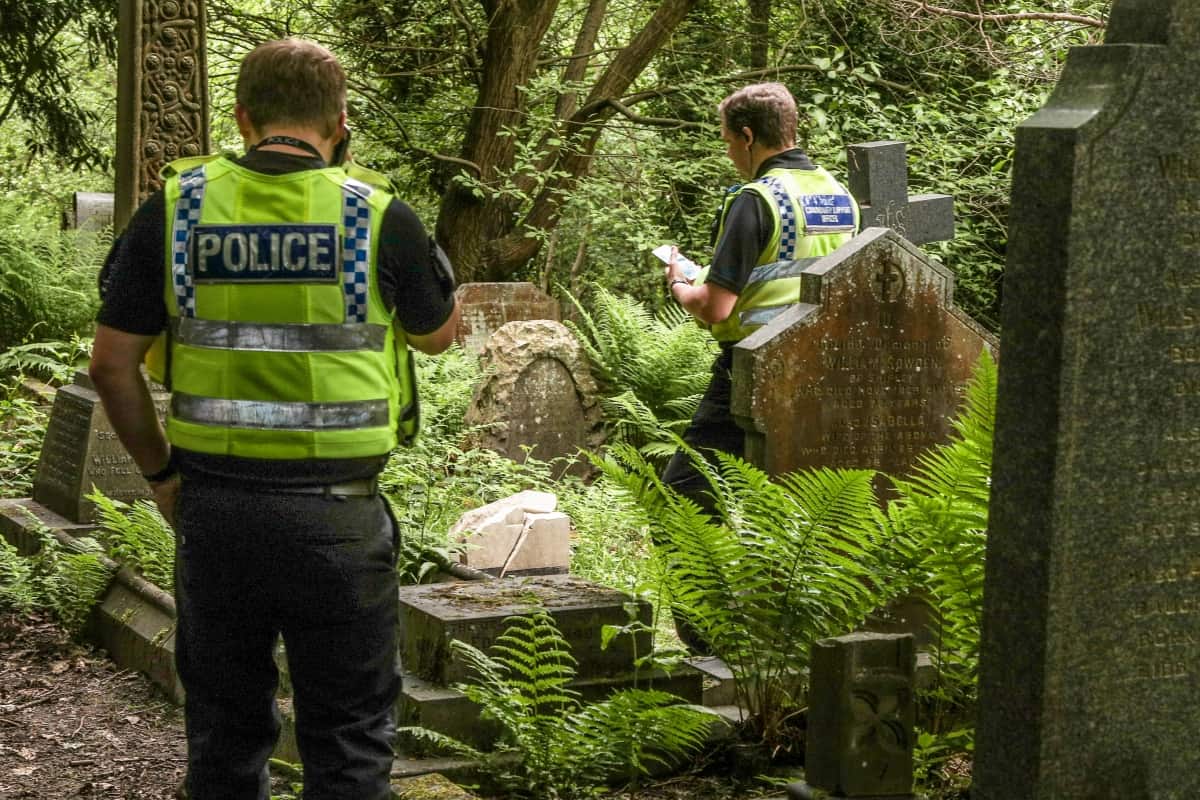 Julie Watson, 63, from Shipley who now lives in Wakefield, has spoken of her disgust after discovering her uncle’s grave had been desecrated.

The retired nurse today visited the grave of Peter William Bilsborough, a rear gunner with the 9th squadron bomber command at RAF Honington, who died in 1941 age 21 when his Wellington bomber was shot down.

She said: “I’m truly disgusted that somebody has used such force and such violence on a gravestone that has been here for so many years.

“I watched the D-Day commemorations yesterday morning and I thought I must go to the cemetery – which is disused and in some state of disrepair – just to make sure everything is ok.

“I feel sickened that somebody has used so much violence and been so angry because it wasn’t just the toppling of a headstone, it was brute force to smash these stones.

“Not just my relatives, half a dozen or so. They have been smashed to bits.”

Julie never met her uncle but says her grandmother on her dad’s side never got over his death.

A spokesman for the Commonwealth War Graves Commission (CWGC) today said: “We are deeply upset that someone has shown such a complete lack of respect on the 75th anniversary of D-Day, a day when so many tens of thousands assembled around the world to reflect and pay deserved respect to the war dead.

“This is thoughtless vandalism and our staff have recently arrived at the cemetery to assess the full extent of the damage.

“Six of the eight war graves at this site were targeted and we will now clear away any debris and lay temporary markers.

“We will ensure all the damaged war graves at Hirst Wood are returned to a state befitting their sacrifice and continue to care for them now and always.”

Later workmen for the CWGC were seen at the site making temporary repairs to some of the headstones.