Adetokunbo Ajibola, 26, who goes by the stage name Trapstar Toxic, bragged about his criminal lifestyle in the video which was used as evidence against him 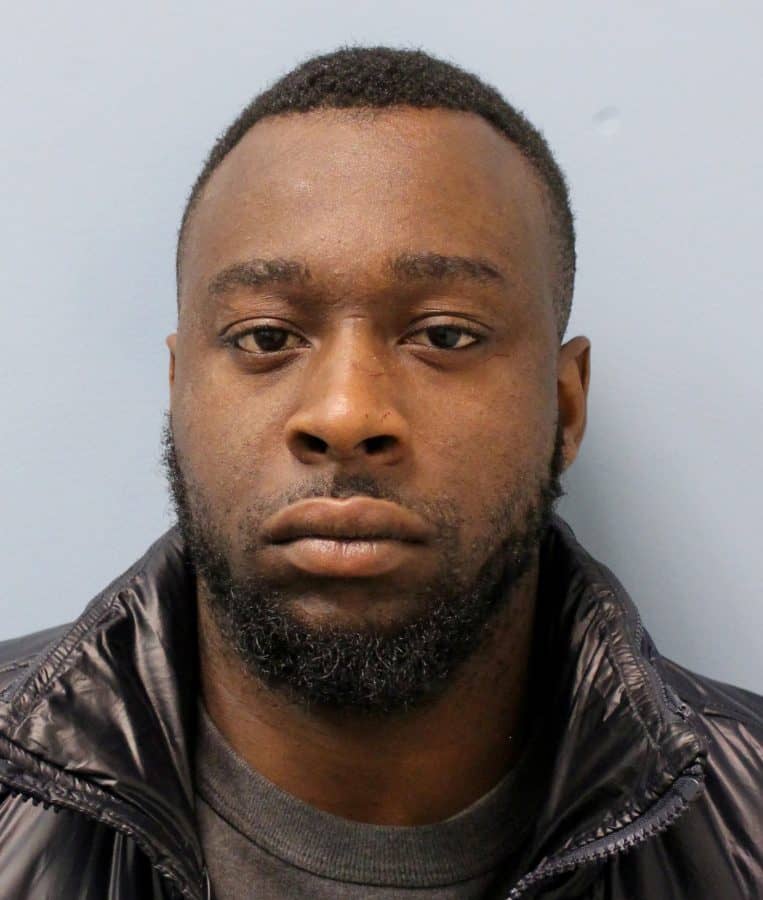 A rapper who featured his defence barrister in a music video after he was cleared of attempted murder in a previous court case has been jailed for drug dealing.

Adetokunbo Ajibola, 26, who goes by the stage name Trapstar Toxic, bragged about his criminal lifestyle in the video which was used as evidence against him in the new case.

The video for his track Out Ere, viewed more than one million times on YouTube, makes explicit references to drug dealing.

It was introduced in prosecution evidence and shown to the court.

In the video Ajibola recited lyrics “weight [drugs] in the trap and I’ll be done if feds [police] raid it, I’m one step ahead I ain’t complacent.”

But he was snared when police executed a search warrant at Ajibola’s address in Willesden, north west London, last April.

As officers forced their way in, Ajibola jumped from a second floor window and tried to escape.

But he was detained on the roof of a nearby garage and arrested.

Police described the second floor of Ajibola’s pad as a “drug preparation factory”.

Officers found what was later confirmed as 241 grams of high-purity cocaine and mixing agents, along with nearly 60 grams of crack cocaine, and 240 grams of cannabis. The potential street value of the drugs was in excess of £30,000.

In Ajibola’s first-floor bedroom, officers found £13,000 in cash, a custom gold pendant and chain valued at around £15,000, and designer clothes valued at more than £10,000. All of the items were seized.

Sentencing him, the Jude said that Ajibola was connected to “an extremely sophisticated, profitable drug operation.”

PC Dec James, of Brent Gangs Unit, said: “Ajibola played a leading role in the control of the Class A and B drugs markets in the Willesden area.

“He reaped the financial rewards of his illegal enterprise with no thought given to the misery of drugs supply that he brought to the community where he lived.

“He even talked about this criminal activity in his music.”

He added: “The jail sentence rightly reflects the dim view the courts take of the harm that drug supply is known to cause – violence, anti-social behaviour, and linked issues with mental health and drug addiction and dependency.

“The Police will now begin confiscation proceedings under the Proceeds of Crime Act to recover the assets seized, to ensure that Ajibola does not profit from his criminality.”

The rapper featured James Scobie QC in the video to Out Ere after the defence barrister helped clear his name in a previous trial at the Old Bailey.

Ajibola, who was cleared of two counts of attempted murder and possession of firearm following a three week trial in October 2017, thanks the barrister and shakes his hand outside the court in the video.

The rapper is seen grinning at the main doors of the historic courtroom in the City as he shakes hands with Mr Scobie who smiles and walks away.