Met Police approached parked the BMW X5 to find driver Bhavin Patel and passenger Lawrence Amoah slumped over like they were napping. 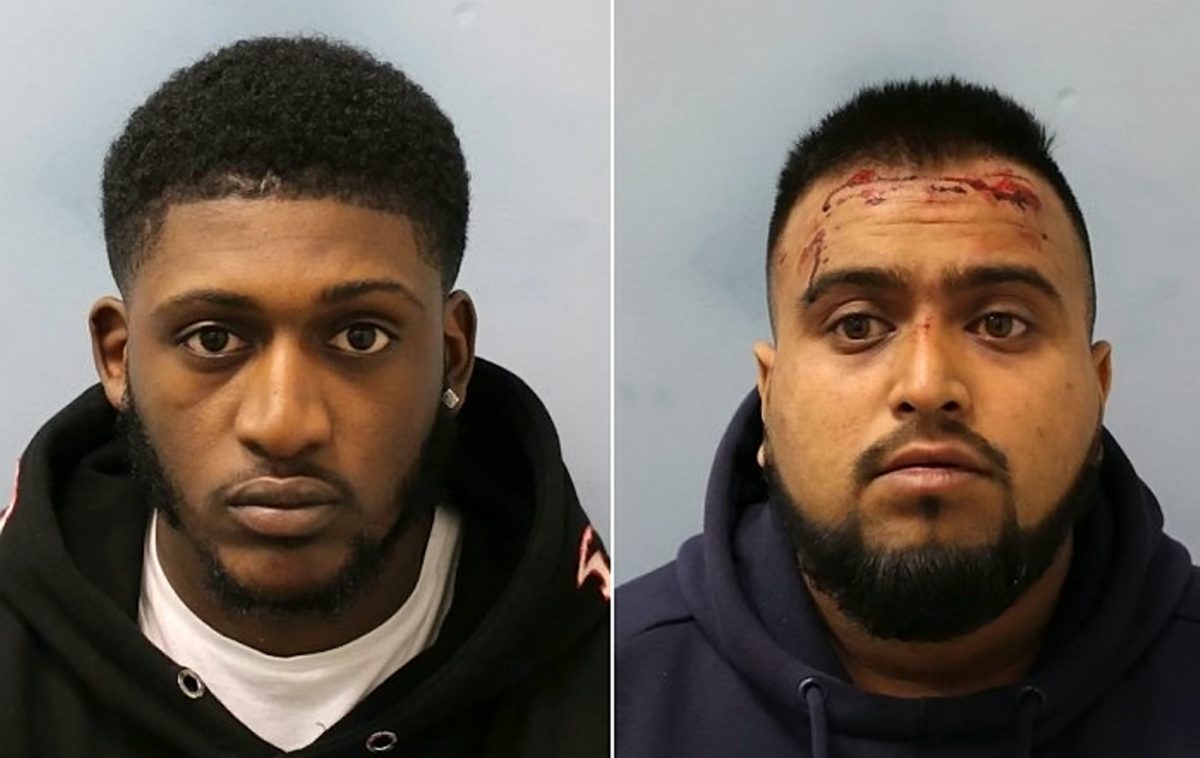 A pair of county lines drug dealers tried to avoid being arrested in their car filled with drugs – by pretending to be ASLEEP.

Met Police approached parked the BMW X5 to find driver Bhavin Patel and passenger Lawrence Amoah slumped over like they were napping.

When officers knocked, they initially refused to open and were reluctant to answer questions when they were searched at the scene.

Patel, 27, was found with 125 wraps of heroin while Amoah, 25, was found with a mobile phone when officers spotted their car parked up in Harrow, north west London on October 26.

Drug paraphernalia was also in the car and the phone was found to be running the county lines operation in the Kingston, south west London, and Surrey.

The pair were arrested for possession with intent to supply class A drugs which Patel resisted and reasonable force was used by officers to detain him.

Pleading guilty, the drug dealers were jailed for a total of more than eight years at Harrow Crown Court yesterday.

According to police, Amoah had established the drug hotline on October 6, shortly after his release on remand for an unrelated matter.

Amoah and Patel were subsequently making daily trips to the Kingston and Surrey areas to supply Class A drugs.

Amoah would send a ‘bulk’ message to over a hundred ‘customers’ in the dealing areas while Patel would then travel to these areas – either with Amoah or under his direction – to supply the drugs.

Judge Cole told Amoah there was ‘overwhelming inference that you activated that line and supplied Patel’ and that he was “directing or organising on a commercial scale, opening a new drugs market with an expectation of significant financial gain.’

DC Tom Palmer, from Brent’s gangs unit, said: “County Lines is a problem that the Met, along with the Mayor of London, is committed to tackling and today’s result is a positive step in disrupting those who profit off selling drugs.

“The judge’s comments totally reflect our own, in the fact that Amoah was attempting to open a drugs market on a commercial scale, and only cared about making as much money for himself as possible.”