Adam Bradford, 25, claims to have suffered a torrent of abuse online after sordid details of the work carried out by Hans Asperger, the eminent doctor, emerged this week

A man with Asperger’s claims he has been accused of being a ‘Nazi’ following a study which found the doctor who named the condition collaborated with the Third Reich regime.

Adam Bradford, 25, claims to have suffered a torrent of abuse online after sordid details of the work carried out by Hans Asperger, the eminent doctor, emerged this week.

The pioneering pediatrician reportedly sent hundreds of disabled children to their deaths under Nazi rule at Spiegelgrund, a clinic in Vienna that was part of a euthanasia programme.

Adam says the revelation regarding Mr Asperger has “cast a dark spell” over the autism community.

He also says the new study conclusions have sparked bullying similar to what he suffered during his childhood which he thought was behind him.

Adam even claims several people have told him the condition is false and suggested Mr Asperger invented it as part of a cover-up because of his links to Nazism.

But the entrepreneur, who received a Queen’s Young Leader award for his work with young people in 2016, has rubbished those claims and says the condition is real and is supported by credible research.

Asperger’s Syndrome, marked by an impaired ability to interact socially with others, tends to affect people of average or above average intelligence.

Adam said: “People have been suggesting on social media the whole condition could be false and it was a cover-up for his Nazi background.

“It’s not made up, he [Hans Asperger] did credible research around autism and it has been accepted for many decades.

“I have engaged in conversation with people who have been saying the condition is not even real and those diagnosed are making it up to get attention.

“I have a psychological diagnosis from a psychologist. People have been saying to me ‘maybe you are a Nazi if you are sticking up for him’.

“I certainly can justify on behalf of myself that it’s real.

“I don’t think there is any association with people who have Asperger’s and this one professor who was linked to Nazism.

“The autism community is up in arms about it, having this right-wing argument thrown at you is really quite nasty.”

Adam says the name of the Asperger’s condition should be changed for the “protection” of the community.

“We need to change the name because we have to suffer the abuse on his behalf,” he added.

“It’s a shame because it has cast such a dark spell over the autism community.” 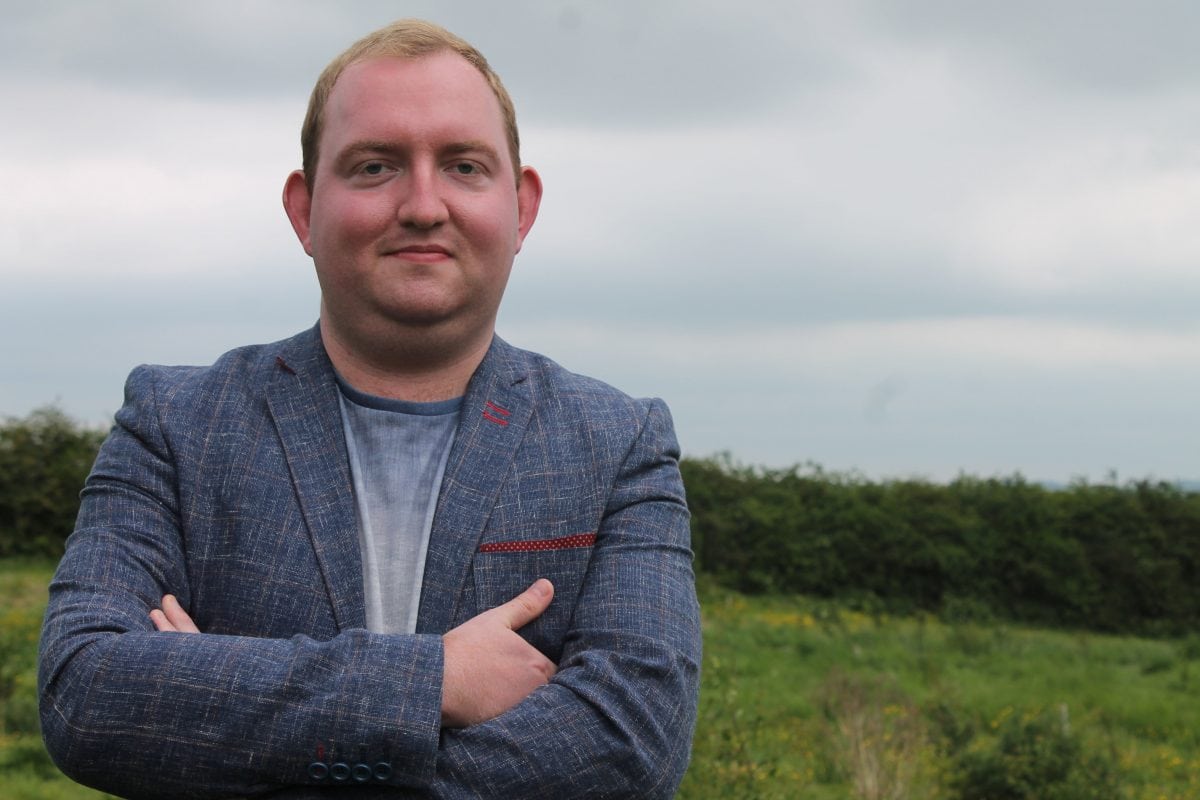 Adam was diagnosed with Asperger’s syndrome, aged 11 after being referred to a psychology by a teacher at school.

The referral came after Adam, from Sheffield, South Yorks., says he was bullied by other pupils.

“It was really difficult at the time, I didn’t fit in and a lot of people started saying ‘he is weird and different’,” he added.

“I didn’t have any friends so there was nowhere for me to turn, it can be very isolating.”

Mr Asperger has for decades been regarded as a hero in the field of autism treatment and research.

But analysis of a crucial set of documents shows he not only collaborated with the Nazis but “actively contributed” to their eugenics programme.

Herwig Czech, from the Medical University of Vienna, set out the claims against Prof Asperger after trawling through previously unexamined documents from the Nazi era including personnel files and patient records.

Published in the journal Molecular Autsim, the new study says Asperger referred “profoundly disabled” children to the Am Spiegelgrund clinic in Vienna, despite knowing what took place there.

An estimated 789 children, many with severe mental problems, were systematically killed at the Vienna clinic, mostly by lethal injection and gassing.

“Aktion T4”, the horrific euthanasia programme personally authorised by Adolf Hitler, set out to cull the incurable and severely disabled.

Their cause of death was recorded as pneumonia.

Asperger’s was first identified by Professor Asperger in 1944 who used the term “autistic psychopathy” to describe the condition of four children under his care.

In 1981, the British psychiatrist Lorna Wing, who helped establish the National Autistic Society in the UK, introduced the diagnosis of “Asperger’s Syndrome” in honour of her predecessor who died the previous year.