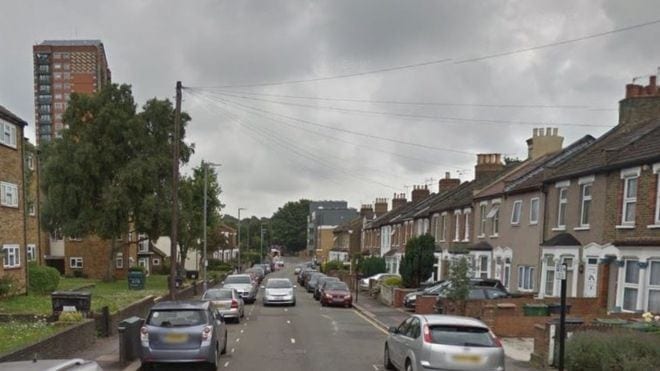 The latest teenager to be murdered in London was the victim of a gangland-style “drive-by” shooting, detectives have confirmed.

Police say the 19-year-old was gunned down in Walthamstow, east London, late on Saturday night.

A 23-year-old man was arrested on Sunday on suspicion of murder. He was taken to an east London police station for questioning and has since been released under investigation.

The victim was the third person to be murdered in the capital in just 36 hours after a pensioner was found with head injuries at his home in east London, and a 20-year-old DJ was fatally stabbed at a party in north london in the early hours of Saturday.

Police are appealing for witnesses to the Walthamstow shooting.

The victim, who has not been named, was the 18th teenager and 109th person to be murdered in the capital this year.

Police were called shortly after 11pm on Saturday to Vallentin Road in Walthamstow to reports of a drive-by shooting.

The victim was driven by pals to hospital after he was shot at from a car, but he died before midnight.

DCI Paul Healy, of the Met’s Homicide and Major Crime Command, said: “This was a shocking attack on a young man on a busy Saturday night.

“Were you in the area, did you see anything suspicious? We are keen to hear from anyone who was in the proximity of Shernhall Street, Wood Street, Upper Walthamstow Road or Vallentin Road, between 10pm and 11.30pm.

“The perpetrators need to be found and the firearm taken off the streets.

“If you have footage related to the incident, including dash-cam footage, we need to hear from you. Equally if you were a witness and are yet to come forward, I would urge you to get in touch.”

He added: “A crime scene remains in place and police will be speaking to those in the area.

“Extra police will be in the area and a number of enquiries including the recovery of local CCTV footage and forensic analysis are ongoing.”

He said the victim’s family have been informed, and a post-mortem was being arranged.

A total of 26 teenagers were murdered in London last year, 20 of whom were fatally stabbed, the most since 2008.