Muggers struck in broad daylight, riding along the pavement in St John's Wood 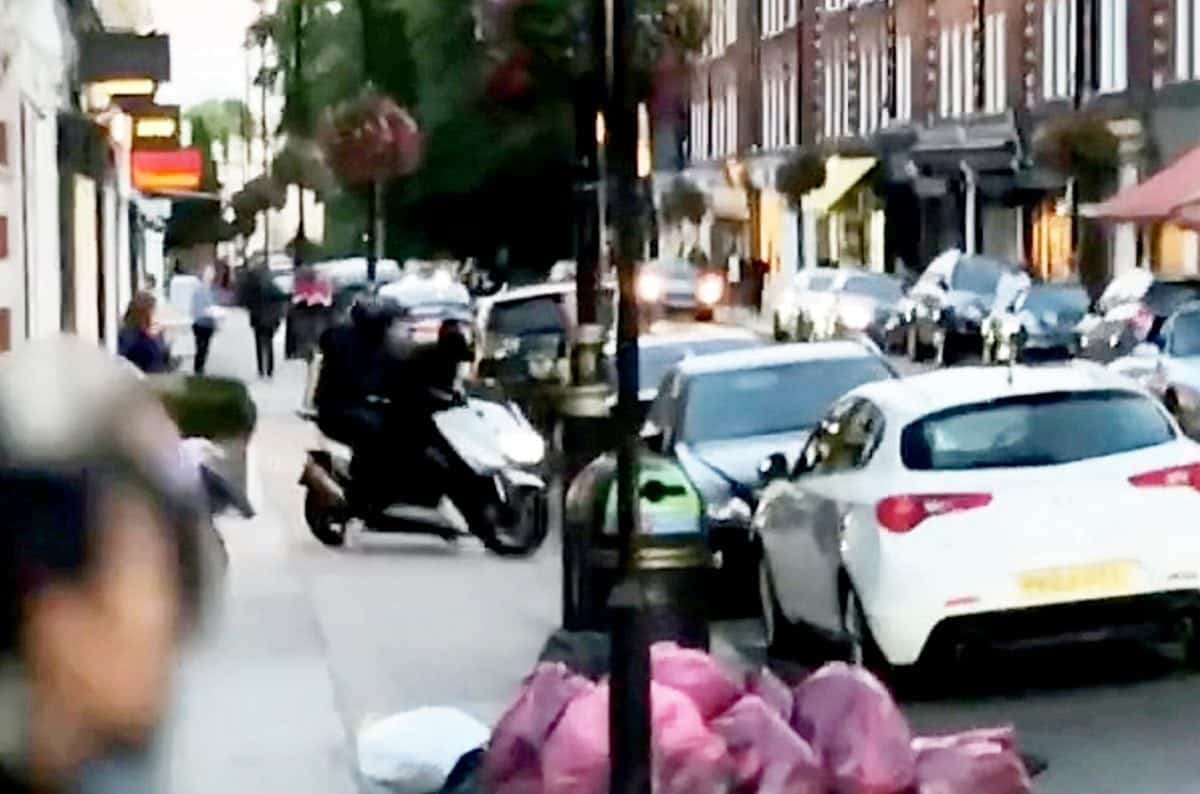 An elderly man was robbed at knifepoint by a pair of moped thugs who made off with his £25,000 Rolex.

The 64-year-old victim was targetted by the two men who drove onto the pavement to snatch his wristwatch after threatening him with a large knife.

Video footage shows the man being kicked on the ground after the pair ripped the watch off his wrist.

Officers were called to St John’s Wood in north west London at 7.45pm on September 7 following reports of a man being assaulted with a large knife. The victim suffered injuries to his arm, leg and face and was left angered and shaken by the attack.

DC James Drummond, from Westminster CID, said: “This was a horrifying ordeal for a man just out enjoying a summer evening.

“He was confronted by masked men brandishing a large knife and they have forcibly removed his watch.

“They appear to have singled him out and deliberately targeted him for this watch and we need to catch them before they target anyone else.

“The street was busy with traffic and pedestrians and I would appeal to anyone who filmed this incident or took photos to contact police.” The footage was issued in a bid to identify the suspects but officers believe there may be more footage that has yet to be provided to police.

The attackers fled the scene but a number of witnesses are believed to have seen the incident and filmed it on their mobile phones.

They are described by police as two males riding a grey or white moped.