An iconic blue police box is being used as a barber shop offering free haircuts and beard grooming for men who have been affected by homelessness. The bespoke police box, complete with electricity and running water, is rented from a private individual who gives community groups discounted rates. Customers also get free tea and coffee […] 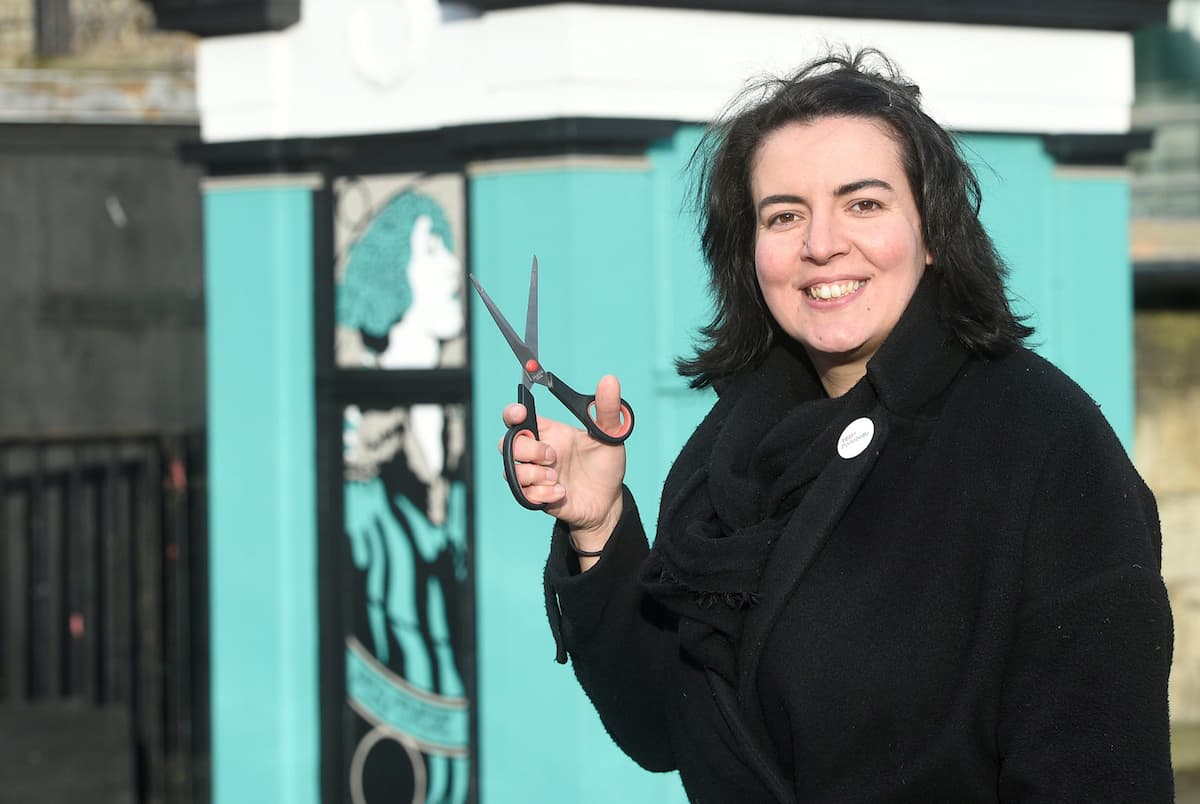 An iconic blue police box is being used as a barber shop offering free haircuts and beard grooming for men who have been affected by homelessness.

The bespoke police box, complete with electricity and running water, is rented from a private individual who gives community groups discounted rates.

Customers also get free tea and coffee and gift bags of donated toiletries such as soap, shampoo, toothbrushes and toothpaste.

And Street Barber Edinburgh, which runs from Leith Walk Police Box on the last Saturday of each month, will be branching out to include women’s hairstyles from February.

Kenny, who was one of the first customers when it started last October, said: “Having your hair cut makes you feel good. Even if just for a while.

“It’s great to see that folk care and are ready to be in the cold to do something like this.

“I heard about this in Social Bite where I saw the leaflet.

“I decided to check it out and I needed a trim. Next time I’ll come just for a cuppa.”

The project was the idea of Zakia Moulaoui, founder of the Invisible Cities social enterprise, which trains homeless people as walking tour guides.

Zakia said: “When you support folk you focus on emergency things like food and housing.

“But once people do get a haircut, a bit of pampering time, they do feel better.

“Mind you, we also have to set up a gazebo to provide cover from the rain and sun.

“There’s the money aspect that not everyone has money to pay to go to a barber.

“It takes a lot of courage to go up and ask for a something like that when you’re homeless.

“It’s about dignity and lifting people up so they have confidence and a good sense of self-awareness.”

Sean Keoghan, a freelance professional barber, who gives his free time to the project, said: “A good few of the guys go for short back and sides, but a lot of the younger ones want a skin fade haircut – cut very, very short at the bottom and then gets longer as it goes up.

“There’s always people there and they chat away when I’m cutting their hair, everything from football to Nicola Sturgeon.”

He added: “When people see what we’re doing they’ll often give tea and biscuits, and the supermarkets will hand in milk for the teas and coffees.”

Keoghan said that beards were also a focus of attention.

“Beards are back in and the men, just like other guys, want well-kept, well-trimmed beards.

“So I offer shaving, shaping and trimming.

“But sometimes, even now, I feel myself getting a bit taken aback when we’re talking away and I ask a guy where he’s going now and he says ‘I’m going back to beg for the rest of the day’ or to try to get a hostel.

“It’s great to see that folk care and are ready to be in the cold to do something like this.”