The pair were captured carrying out the criminal act by CCTV cameras at a Sainsbury's store in Morecambe, Lancs., at around 1.45pm last Saturday 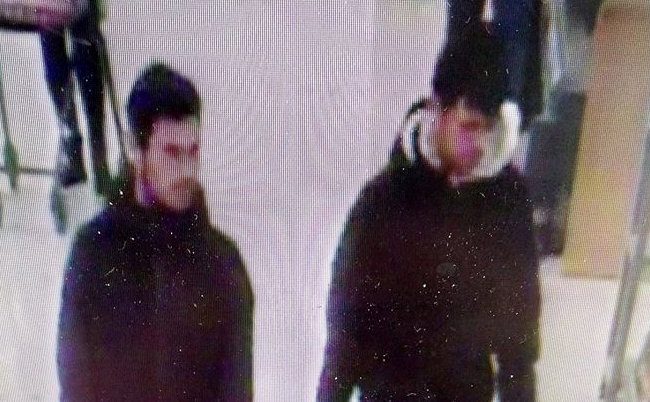 Police have arrested a pair of supermarket shoppers who were seen licking their hands then wiping them over meat, fresh produce and fridge handles.

Two men were captured carrying out the criminal act by CCTV cameras at a Sainsbury’s store in Morecambe, Lancs., at around 1.45pm last Saturday (4/4).

After realising what had happened, shocked staff thoroughly disinfected the affected areas and destroyed the produce which was contaminated.

Lancashire Constabulary released CCTV images of the offenders yesterday (Weds) in a bid to identify them.

Both were described is white, in their early 20s with dark hair.

A police spokesman said: “Following our earlier appeal for information about food contamination in a Morecambe supermarket we have arrested two people.

“We launched an investigation after two people went into the Sainsbury’s store on Lancaster Road in Morecambe on April 4 before licking their hands and wiping them over meat, fresh produce and fridge handles.

“The two men were arrested in Morecambe… after the release of CCTV images.

“We would like to thank everyone who helped with the appeal – your assistance is greatly appreciated as always.”