Horrified locals were stunned after an animal rescue charity shop revealed a gruesome Halloween display – complete with bloody severed limbs. Krzysztof Darewicz, 32, spotted the ‘very violent’ display at a PDSA shop – despite the charity promoting animal welfare. He says he thought the display in West Ealing, west London, was ‘a bit ironic […] 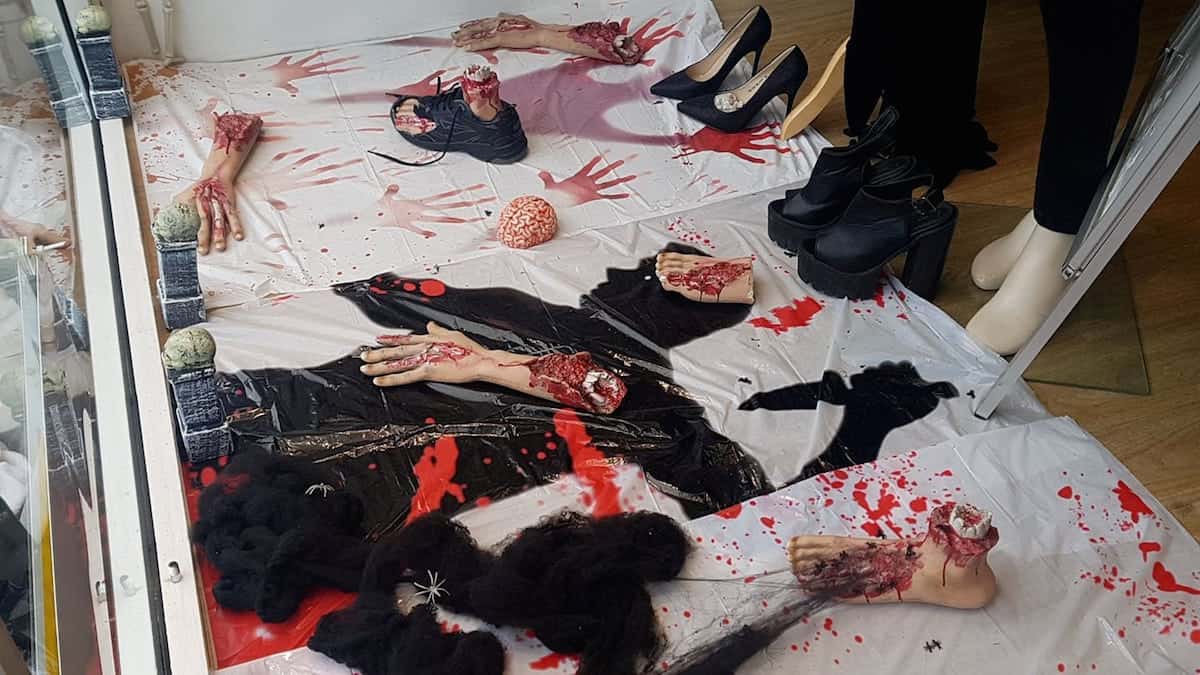 He says he thought the display in West Ealing, west London, was ‘a bit ironic and weird’ and blasted it for being ‘tasteless and wrong’.

Krzysztof, who lives in the area, was walking home when he spotted the horrific display.

He said: “It was a bit random, but quite funny since it’s an animal charity shop, so there are interesting connotations.

“They’re collecting money for pets and helping them but it’s displaying gruesome human remains and body parts for its Halloween display – it’s a bit ironic and weird.

“I thought it was a bit drastic though for a high street and where a lot of families and kids go.

“It’s a very violent shop display – I’ve never seen anything like it, especially for a charity shop.

“I’m a retail manager myself, so I think it is a bit tasteless and wrong.”