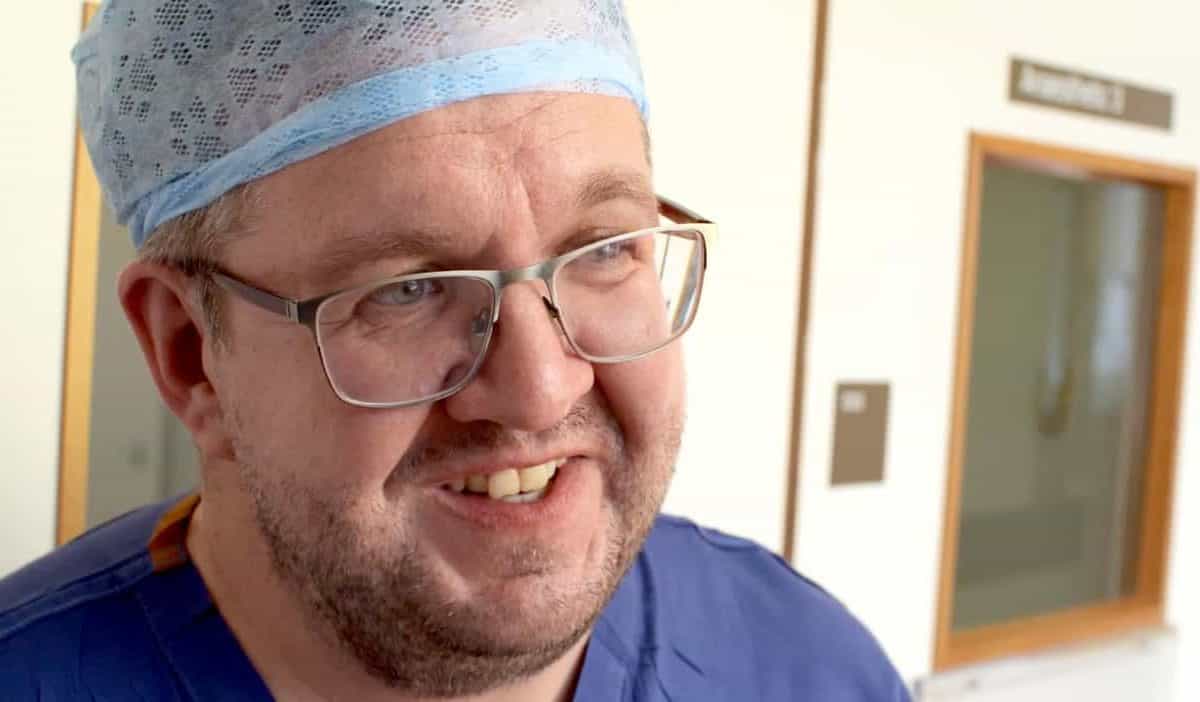 photo of Vascular surgeon Neil Hopper, 43, who had a below-the-knee double amputation after falling ill with sepsis.

A surgeon who has amputated thousands of limbs during his career has returned to work after having both of his legs removed.

Mr Hopper, who works at Royal Cornwall Hospital in Truro, recently performed his first surgery after returning to work following his own below-the-knee double amputation.

His first time back in a theatre was to perform an amputation and was filmed by BBC Inside Out West.

“This is an operation I’ve done hundreds of times before throughout my career so yeah I feel ready for it but I’m nervous,” he told the programme, ahead of the surgery.

The operation went well and the patient is recovering but Mr Hopper said he now feels differently because he knows what is coming next for them.

“Previously this would have been the end of my relationship with my patient but now I know this is where it actually starts,” he said.

Mr Hopper fell ill and was falling in and out of consciousness when the ambulance crew arrived and was complaining of sore feet.

“I looked down and I could see my feet were blue,” he said.

“I woke up after the operation and I couldn’t work out if they’d done it or not because I could feel my feet were still there.

“It was only when I was a bit more with it, I could look down and just remember seeing the bed clothes were flat where my feet would be.

“I’ve done this operation hundreds, maybe thousands of times. Never knew what it was like. Now I know exactly what it’s like to have one of the operations I perform.”

Now he wants to make sure all amputee patients have access to the best possible rehabilitation after surgery.

“Over the years the care of patients in the community, especially amputees, has diminished,” Mr Hopper said.

“What I didn’t realise was that they had been whittled down to below the bare mininum, in other fields it would be an outrage what happens to these patients.”

Mr Hopper underwent rehabilitation at the Thornberry centre in Plymouth but he had to wait nearly two months after leaving hospital and wants to see referrals happen much quicker.

“I’ve spoken to lots of patients and the hardest part of their journey is the bit between leaving hospital and coming here,” he told the BBC.

For Mr Hopper, it was the gym that saved him – and got him back on his feet and back to work in just six months but he had to pay privately to see a specialist personal trainer, who set ambitious targets for him.

“These things that all of a sudden are just gone and there’s very little hope of getting them back. I didn’t want to be that person, I wanted to be the guy who got up and got on with it.

– BBC Inside Out West will air on BBC One West at 7.30pm on Monday. It will be available on iPlayer afterwards.