Sarah Thomas completed her task a year after she completed treatment for breast cancer. 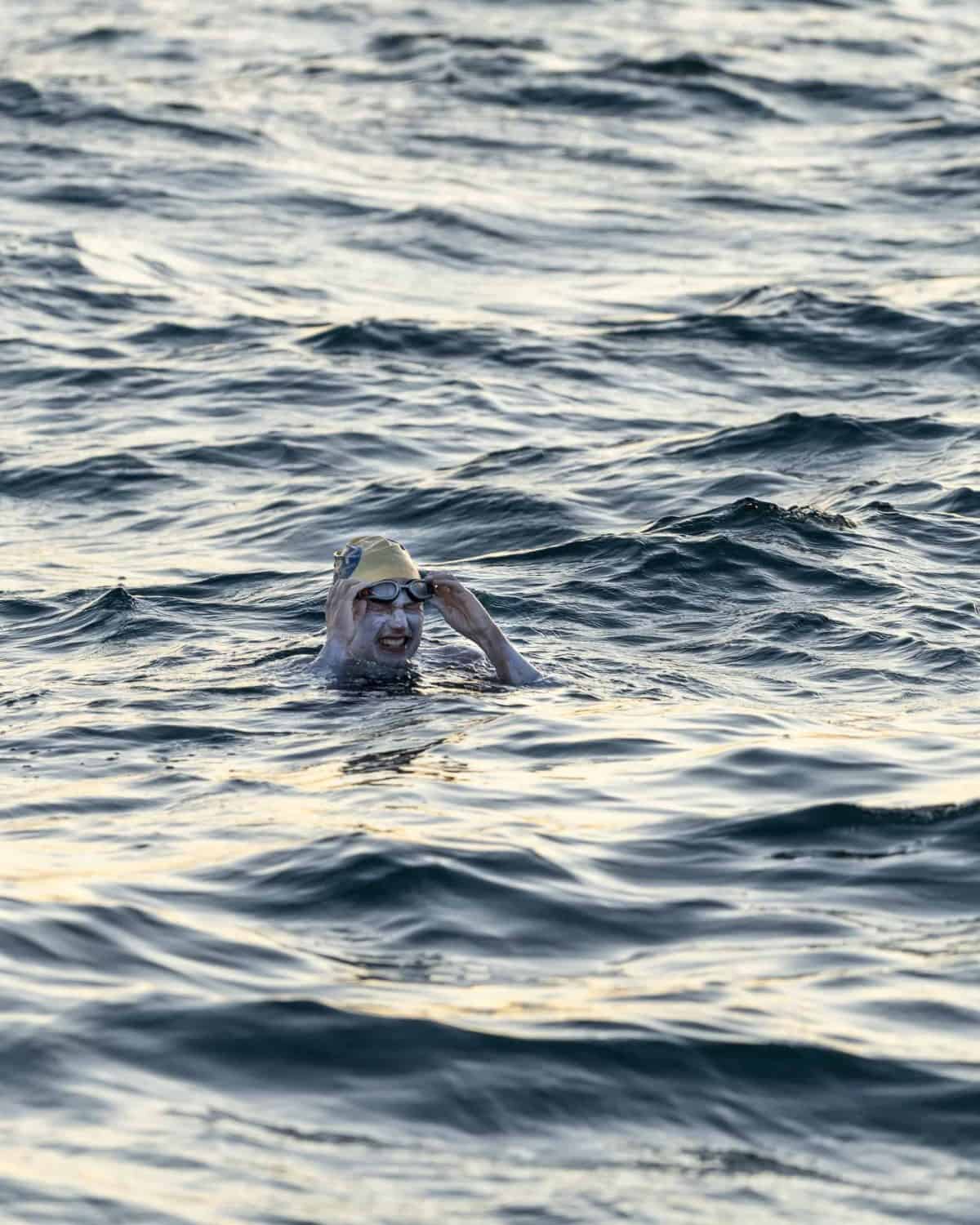 An American cancer survivor has become the first person to swim across the English Channel four times in a row.

Sarah Thomas, 37, completed the heroic feat of endurance at about 6.30am on Tuesday after more than 54 hours of swimming.

Her record-breaking achievement comes just a year after she completed treatment for breast cancer.

In a video live-streamed on Facebook, a small crowd of people could be seen cheering on the swimmer from Colorado as she made her final arrival to shore at Dover.

Supporters congratulated Ms Thomas on her remarkable swim, handing her champagne and chocolate.

In the video, Ms Thomas admitted to feeling “a little sick” but said she had been encouraged to “keep going” by her husband and her team.

Ahead of the start of her epic challenge, Ms Thomas wrote that she was “scared” and admitted she was “going to need some luck”.

In a Facebook post made on Saturday, she dedicated the swim “to all the survivors out there”, adding: “This is for those of us who have prayed for our lives, who have wondered with despair about what comes next, and have battled through pain and fear to overcome.

“This is for those of you just starting your cancer journey and those of you who are thriving with cancer kicked firmly into the past, and for everyone in between.”

Recovering from her swim, Ms Thomas said she felt “stunned” and “numb”.

The hoarse-sounding swimmer told BBC Breakfast: “I’m really tired and I’m losing my voice from all the salt water.”

Asked what the worst part of her challenge was, she said: “Probably dealing with the salt water over four days, or two days, it really hurts your throat, your mouth and your tongue.”

She praised her support team for “helping me stay strong”, adding that she was “very prepared” for the weather, currents and cold water.

Ms Thomas said she was kept fuelled by electrolyte and caffeine-filled drinks as she navigated past “a lot of jellyfish” during her swim.

She admitted to feeling “pretty out of it” and was hoping to “sleep the rest of the day”.

The swimmer added: “I feel just mostly stunned right now, I just can’t believe that we did it.”