A parent on the school run has sparked fury by refusing to move their car – despite being parked in front of a fire station. The motorist said they wouldn’t shift their vehicle from outside Cricklade Fire Station in Wiltshire despite being asked to by firefighters. The incident took place on Friday afternoon outside the […] 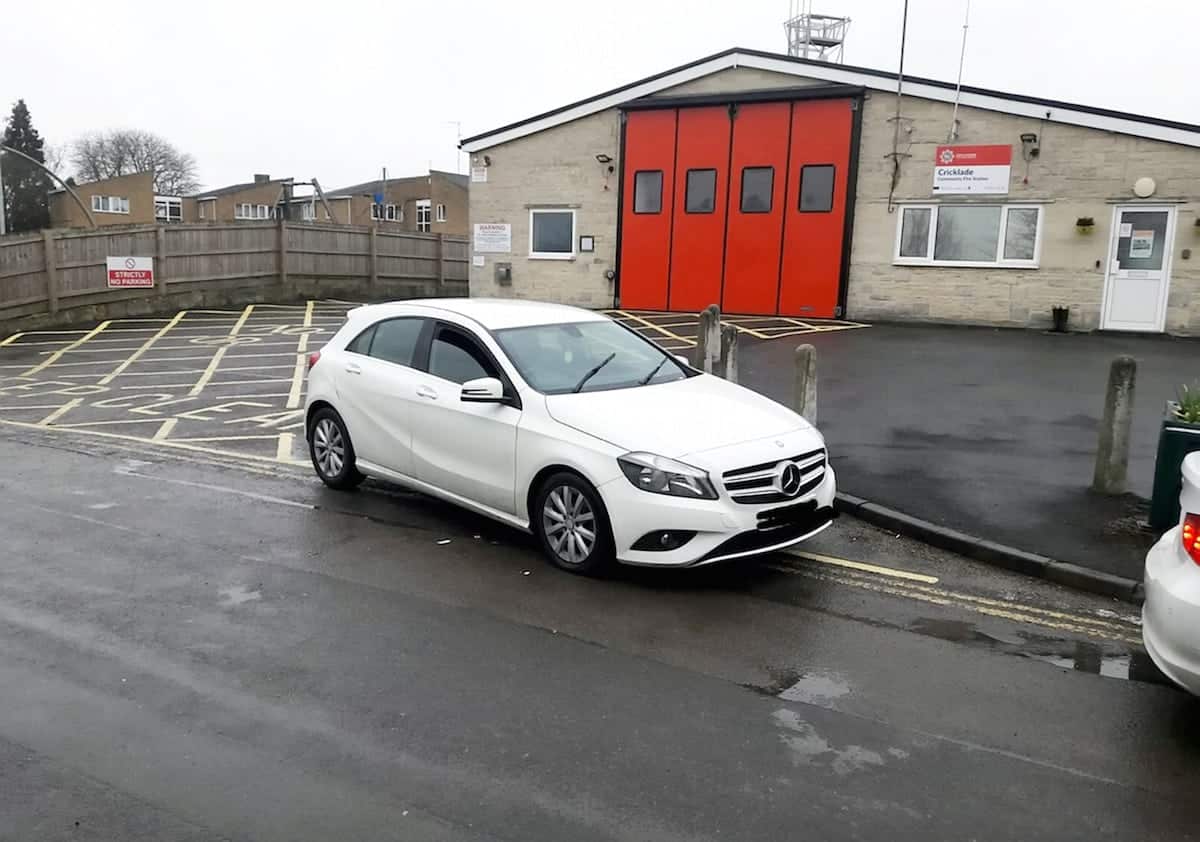 A parent on the school run has sparked fury by refusing to move their car – despite being parked in front of a fire station.

The motorist said they wouldn’t shift their vehicle from outside Cricklade Fire Station in Wiltshire despite being asked to by firefighters.

The incident took place on Friday afternoon outside the fire station opposite St Sampson’s Church of England Primary School at school picking up time.

The white Mercedes A180 was parked on the yellow hatchings outside the fire station.

Now Royal Wootton Bassett Police have said they will try and visit the school to carry out enforcement work, while also calling on the school itself to take action.

A spokesman for Cricklade Fire Station said it was a recurring problem as they took to Twitter in a bid to prevent other parents doing the same:

”Remember it is a traffic offence to block any emergency service vehicle and you could be prosecuted. The owner was asked to move the vehicle but declined to.”

Following the incident, Royal Wootton Bassett Police called on St Sampson’s to remind parents that this was unacceptable behaviour:

Parents have also expressed their anger.

@Curly910 said: ”Approach the school and ask them to place a warning in the schools news letter for unacceptable parking .”

Rachel Deller posted: ”It’s pointless the amount of times our school has done it they still park where they like mount the kerb and generally do what they like.”

Another said: ”They need reminding, anything is worth a try, they must live in the community, family, friends that might one day be in danger, trapped, need rescuing but sorry the fire appliance can’t turn out, someone as just dumped their car outside the fire station, seconds cost lives.’

”You can tell them till you’re blue in the face the only way to stop it is to keep fining them honest I see these kind of people on a daily basis and they are pure arrogance.”

Denboy said: ”Should have cut the roof off it then released the handbrake well we don’t want you getting into trouble now by damaging the door locks do we”

David Paul said: ”Absolutely disgusting. They should be prosecuted at every opportunity. Name and shame them. Have the vehicle towed away, cause them some inconvenience.”