A midwife sacked for a poor sickness record claims she was ill after contracting a kidney infection at work – because the birthing centre didn’t have a staff TOILET. Jane Greaves, 46, says low staffing levels meant she was unable to leave the unit to go to the toilet, which is a two-minute walk away […] 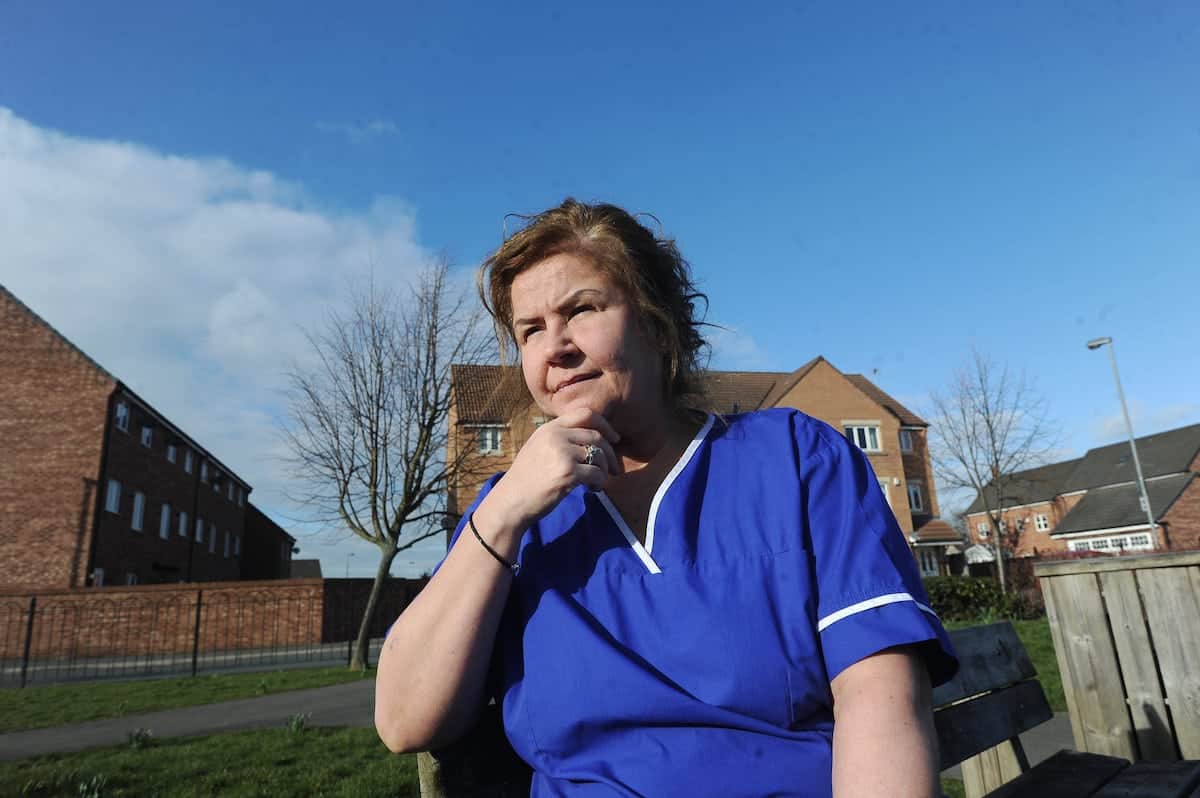 A midwife sacked for a poor sickness record claims she was ill after contracting a kidney infection at work – because the birthing centre didn’t have a staff TOILET.

Jane Greaves, 46, says low staffing levels meant she was unable to leave the unit to go to the toilet, which is a two-minute walk away in another department.

Her dismissal has been described by bosses at a trade union as the “most unjust” firing they have witnessed in 35 years.

They claim Jane had registered 49 times with bosses that she had been too busy to take a break on her 12-hour shifts.

The sacking comes despite the hospital she worked at advertising job vacancies for midwives, says the trade union.

She was rushed to A&E on New Year’s Eve and saw a urologist who said she had not been emptying her bladder often enough “over a period of time” and had contracted a kidney infection, it was claimed.

The midwife, who qualified as a nurse in 1997 before becoming a midwife in 2002, says she was handed a seven-day sick note on January 2 this year.

Jane had been off sick with migraines caused by stress for seven days over five separate occasions.

But she was stunned when the head of midwifery told her during a disciplinary meeting that she was being sacked with immediate effect on March 15 due to her “poor sickness record”.

Jane, from Wakefield, West Yorks., said: “Work is all I have got so to take it away from me is horrendous.

“It’s the best job in the world and I’ve just been in a daze, I cannot sleep and cannot think.”

She claims to have informed management at least 49 times about problems of high workload and not enough staff at the unit, which meant she has been unable to go to the toilet.

Jane says staff are given a one-hour unpaid break during their shift but because of the workload, it’s “rare” they take it.

“The unit I work on does not have a staff area or staff toilet,” she added.

“You just ignore it because you know you have got to leave the unit.

“You can’t just say to a woman ‘stop pushing, I’m going for a wee.”

A petition has been launched at the trust and Unison is calling for her to be reinstated.

Adrian O’Malley of Unison said: “Jane’s dismissal is the most unjust I have witnessed in over 35 years as a steward at Pinderfields Hospital.

“She has registered 49 times that she has been so busy she could not take a break on her 12-hour night shifts.

“She works on a department where there is no staff toilet and was off sick due to a urinary infection which led to her attending the emergency department.

“Her record of 14 calendar days off in the last 12 months is better than the trust average and still they sacked her.

“It’s absolutely outrageous that a trust which is advertising for midwives has dismissed a dedicated member of staff of 18 years standing.

“Quite rightly her colleagues are disgusted and are petitioning the chief executive to get her reinstated.”

The Mid Yorkshire Hospitals NHS Trust assistant director of nursing and midwifery, Yvonne Rowlan said: “We are dedicated to providing excellent patient care and supporting our staff to do this.

“In every aspect of our work we adhere to a set of core values which underpin not only the care we give to our patients but also the care and respect we show to each other as members of staff.

“The trust is unable to comment on HR issues regarding individual employees.”

Listen: Starmer’s expletive-laden rant at Johnson ‘who doesn’t mean a word he says’