Birmingham family the Hussains have had to live in hotels - including in Burton and Bristol - for 65 days, as Birmingham City Council have not been able to find them a new home 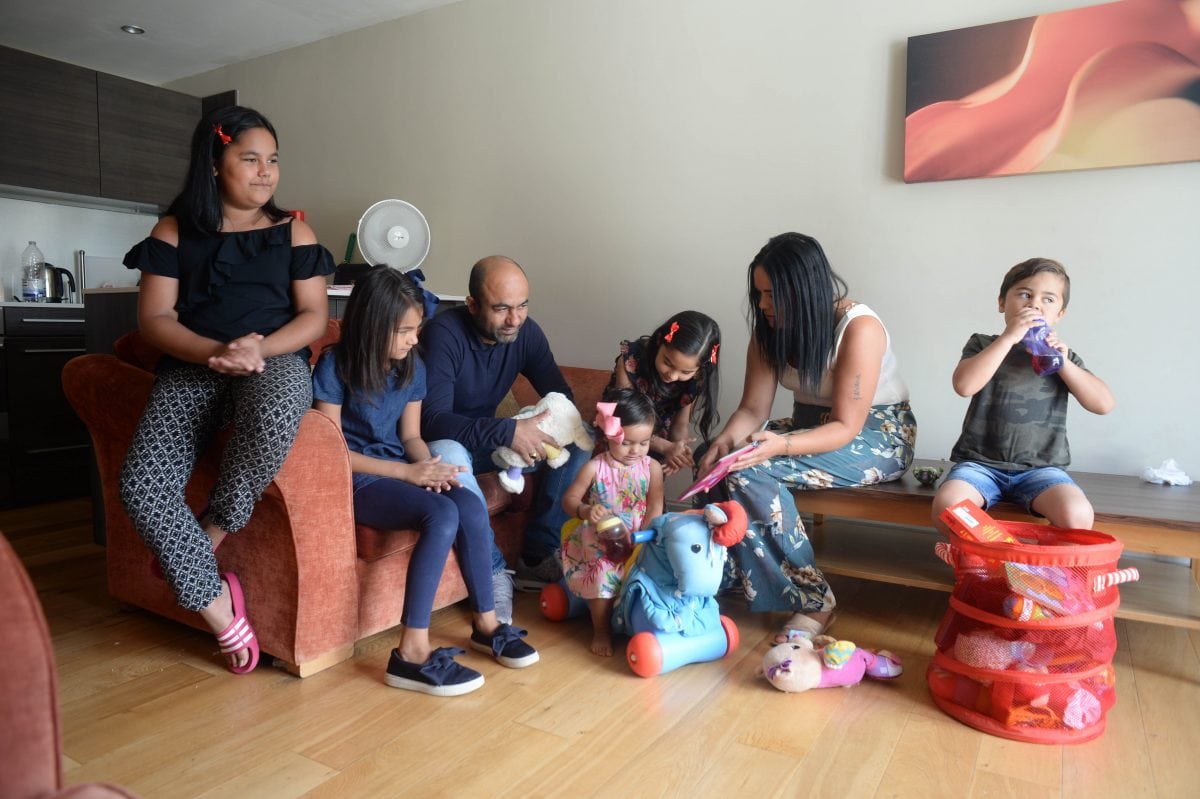 A family of 11 have been forced to live in a hotel 90 miles away from home after being evicted from their flat.

The Hussains from Birmingham have lived in hotels – including in Burton, Staffs., and Bristol – for 65 days, as Birmingham City Council has not found them a new home. 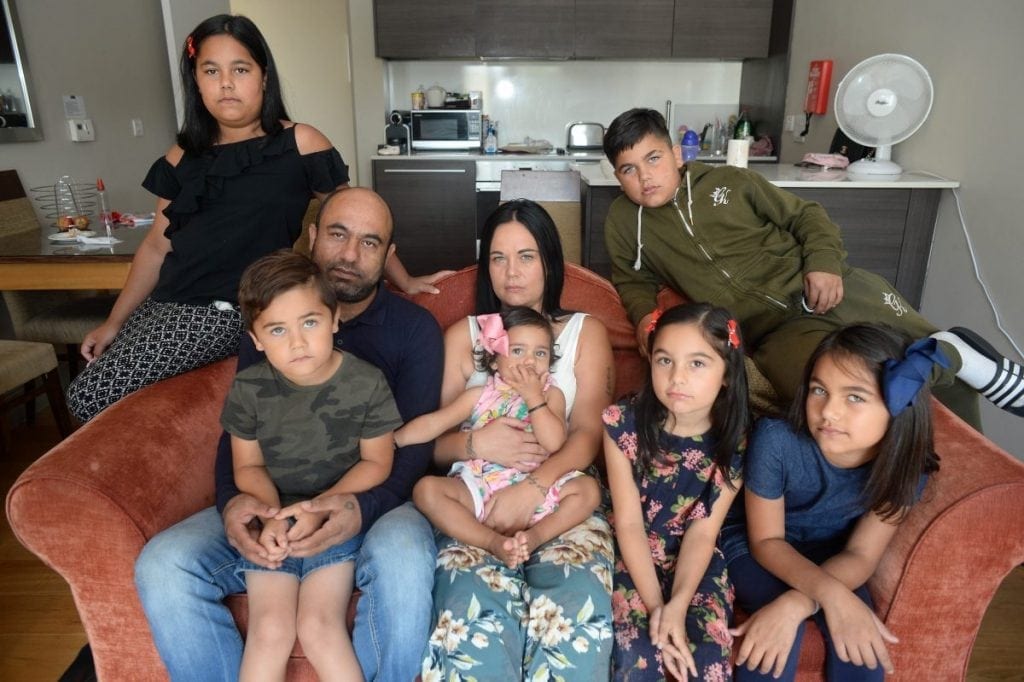 Mum Simone, husband Ansar and their nine children are currently living across three apartment blocks in Bristol city centre as they continually wait for a home back in Birmingham.

The family say they were forced out of their home in Rowdale Road, Great Barr, Birmingham, due to severe leaking and electrical faults.

Birmingham City Council said they accepted their application after the family were illegally evicted from their privately-rented flat.

They confirmed the family are on the housing register at the highest priority banding, but “there are very few six-bedroom properties available.”

After moving out on June 13, the Hussains were sent to a Travelodge in Burton-upon-Trent as their three-bed property was deemed unsafe to live in.

A long 28 days followed as parents Simone and Ansar continued with the school run in Great Barr, continually going back and forth in what would have been a gruelling 42-mile trip.

The family’s month-long stay ended in Burton and the Hussains were sent packing 30 minutes away to another Travelodge – this time in Rugeley, Staffs.

After another 28-day stay at a Travelodge in Rugeley , the Hussains were moved on again and they were chauffeured 120 miles away to apartments in the middle of Bristol city centre where they’re currently residing.

The Hussains were hopeful they’d return to Birmingham by August 28 but, according to the family, have now been told it is looking like September 25 instead.

“We’ve got our nine kids with us which is hard and my 17-month-old is struggling to sleep.

“Travelodges were horrible. You don’t have a kitchen so we couldn’t cook.

“Eating out is extortionate. I kept having to borrow and borrow money – not only that but we were just stuck in a room all day and we still are.

“The kids are away from their friends all of the time. It’s just depressing and not fair on them. 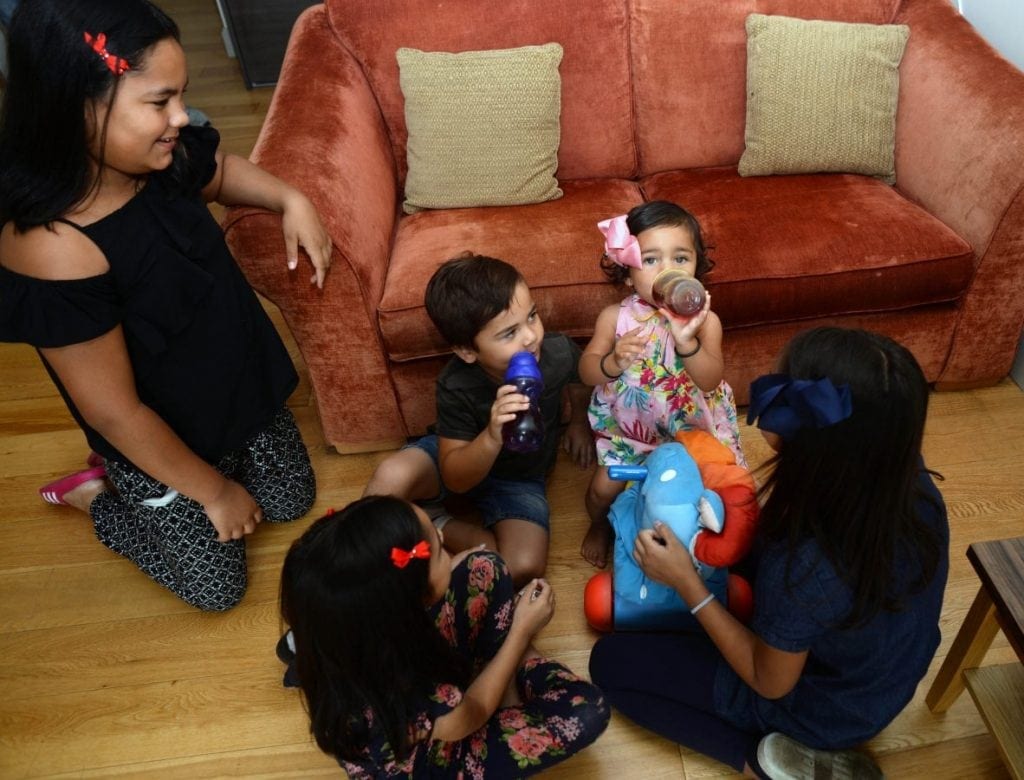 “The council paid for our taxis. They sent us three black cabs and the meter at the end was £208 – that’s 600 quid in black cabs alone.

“The apartments down here are better because I can cook now and get some shopping in and stuff but, as a family, we’re spread across three apartments. It’s far from ideal.

“I think it’s about £150-a-night to stay here because my mum was going to come down. It’s scary. 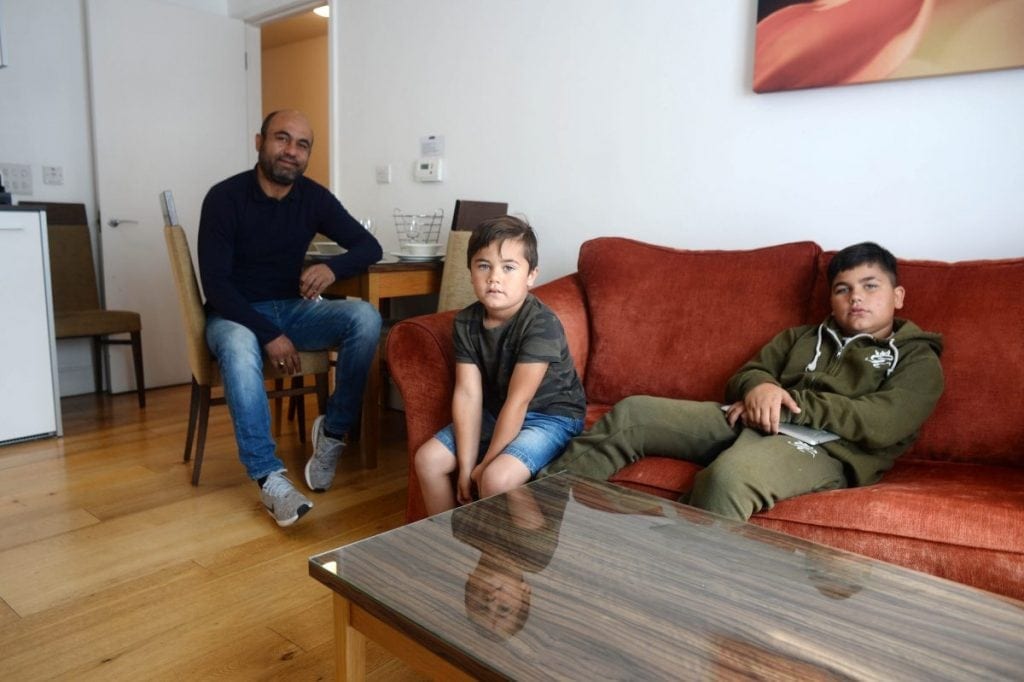 “I feel my kids are missing out on stuff, too. There’s not a lot to do – there’s no parks close by and we’re spending a fortune on petrol and parking.

“We’re sweating now as well because the new school year is around the corner and I’ve got to get school uniforms. How am I meant to do that?

“Apparently there’s just nowhere for us to go. I had a letter come through the post the other day asking for £165 rent for the house in Great Barr – I’ve been homeless now for nearly three months and [the council] is saying our house isn’t done.

“It needed a lot of work but we’re just waiting and waiting. I suffer bad with depression and anxiety, my kids are ill and we’ve just got no social life. We’ve been left with nothing.”

A spokesperson for Birmingham City Council said: “When the Hussain family were illegally evicted from their privately-rented flat, their homeless application was accepted. 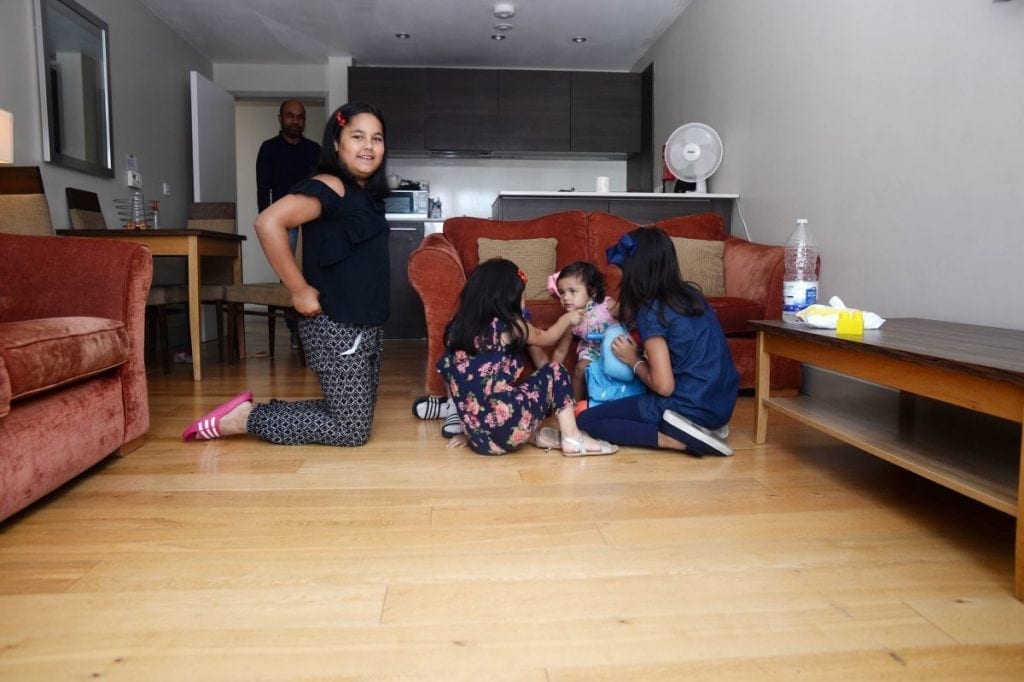 “Emergency accommodation for the family of 11 was found by the council on the same day.

“They are currently on the housing register at the highest priority banding however, there are very few six-bedroom properties available and they have been advised that they will need to bid both pro-actively and realistically.

“The council will continue to support the Hussain family until permanent accommodation can be found.” 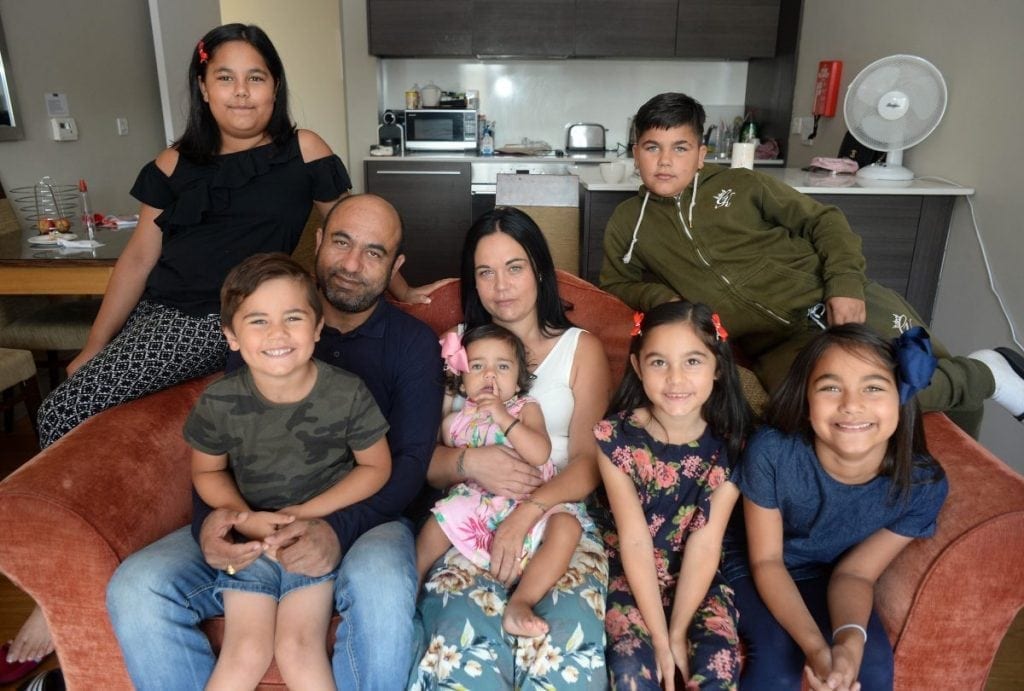 Birmingham City Council said previously that hotels were only used “when all other housing options have been exhausted”.

Robert James, housing director for Birmingham City Council , said: “We recognise the need to reduce the use of bed and breakfasts and as such have developed a comprehensive plan to put an end to this. 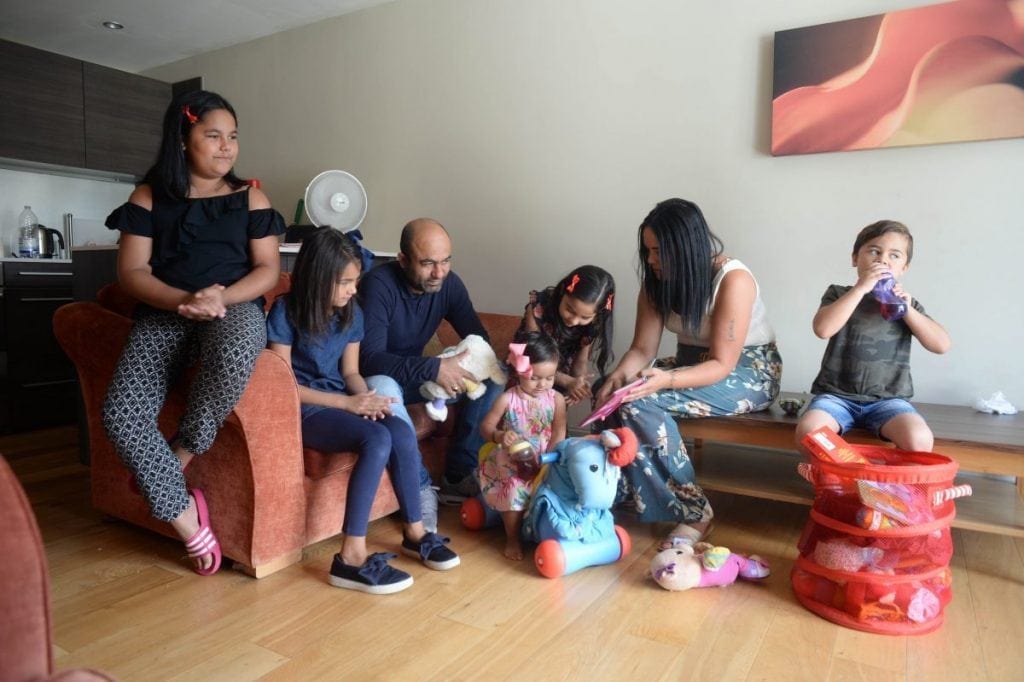 “In the meantime, we are working to deliver new ideas that will make more council-owned accommodation available, as well as working with partners across the city to unlock further housing options.

“We are also implementing a new approach to homelessness that looks at prevention first.”

Jamie Foxx’s Trump impression will leave you in stitches