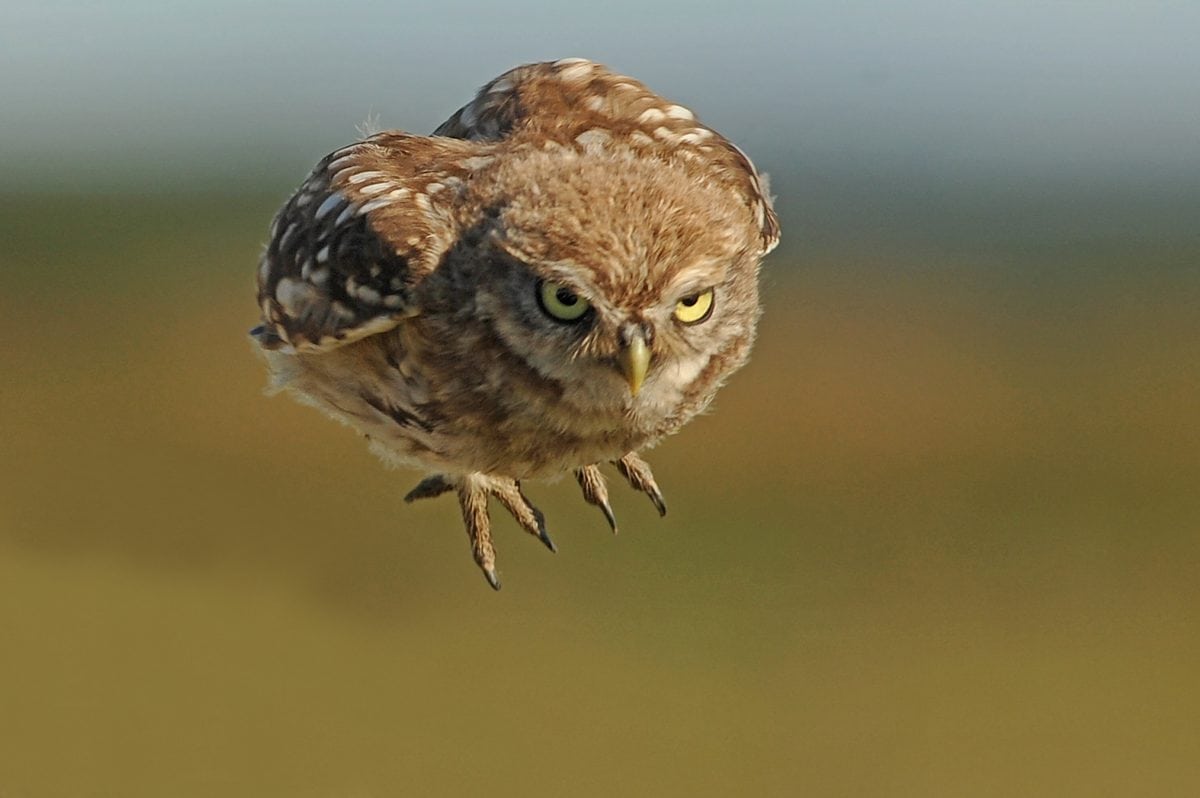 Strutting up and down and barrelling through the air, these Little Owl chicks will soon be fending for themselves.

The intense little birds were snapped by wildlife photographer Bill Doherty in his native Northumberland. The chicks have about seven or eight weeks to learn their survival skills before their parents drive them away to fend for themselves.

Bill, 63, said: “I was able to capture some of the fascinating antics of these birds, when it comes near to the time for the youngsters to leave the protection of their parents. “These birds are monogamous, which means pairs will remain together for at least one breeding season, and sometimes until one of the pair dies.

“After a successful breeding season, I got to photograph these youngsters in mid Northumberland, a short distance away from their nest site. “These chicks are getting bigger and stronger every day, and now resemble adult little owls.

“I was shocked at times to witness how the parents here start to drive the chicks away, sometimes being quite aggressive.

“It was a great experience to witness this nest of chicks so close to hand, as they are usually quite a secretive and shy bird.

“By mid September the little owl chicks will be self sufficient, and move on, hopefully ensuring more little owls for the future.” The little owl is a small, mainly nocturnal species found across the UK in a range of habitats including farmland and woodland fringes.

They feed on insects, earthworms, other invertebrates and small vertebrates, nesting in cavities and laying up to four eggs in spring.

The female looks after the chicks whilst the male hunts and feeds them all until the chicks leave the nest.

Bill grew up learning his fieldcraft from his dad and assorted poachers and hunted, mostly illegally for 50 years. But now he has taken up photography and uses his bushcraft to get close to the birds and animals he used to stalk to capture their picture.

He is now a keen conservationist, author and wildlife photographer, travelling his native Northumberland in the hunt for photographic prey. He said: “I use all my bushcraft and stealth to still get close to nature’s shy inhabitants, but now I shoot with my camera, stealing images not lives, and my photography acts as an antidote for the stresses of town life.

“I couldn’t go back to killing now.”