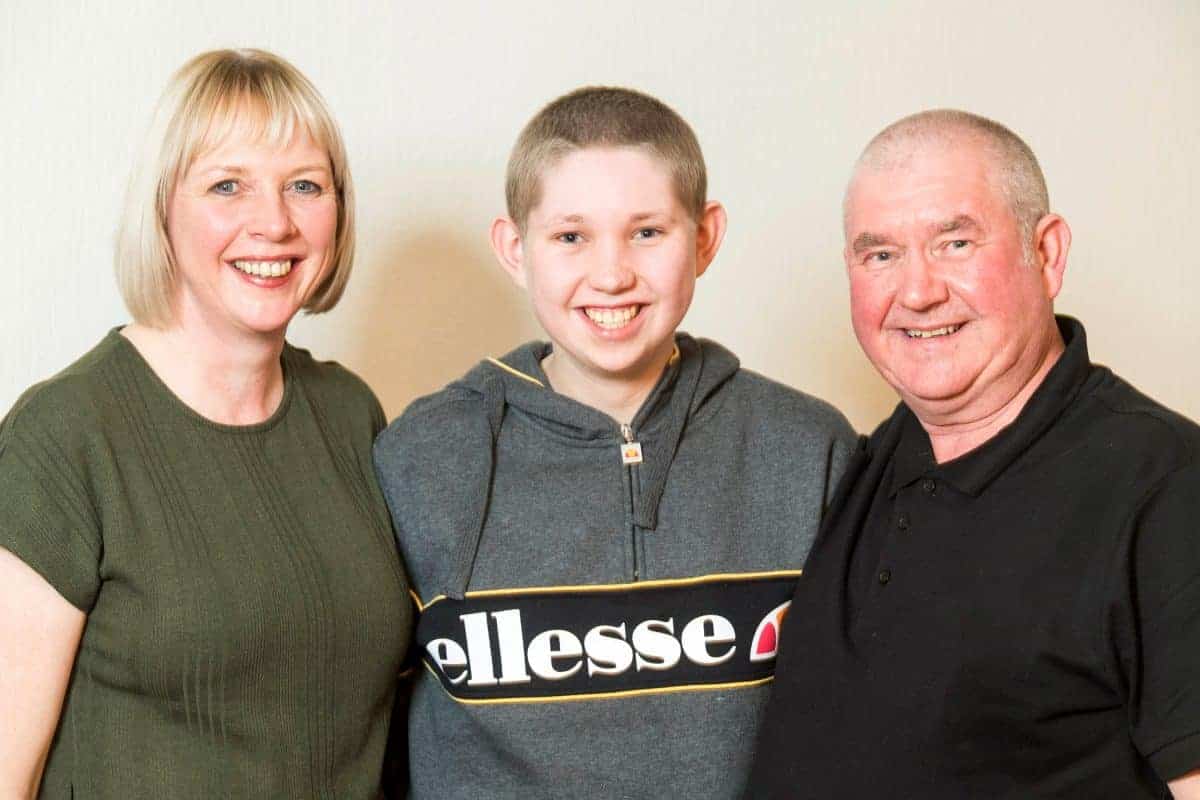 The winners of a £2m lotto jackpot have described how the real celebrations began three days later – when their 15-year-old son was declared cancer-free.

John and Allison McDonald couldn’t believe their luck on December 18 when their Lucky Dip ticket matched all six numbers to scoop the seven figure prize.

But their joy turned to pure elation only 72 hours later when their son Ewan, who battled Non-Hodgkin Lymphoma throughout 2019, was finally given the all clear from the potentially fatal disease.

Overjoyed security officer John, 62, said: “It is just like all of our lifelong dreams came true in the space of three days. What a start to 2020.

“Everyone always dreams of winning the lottery at Christmas and talks about how amazing this would be.

“Allison and I never believed it would happen to us – and it has.

“Then to receive news that Ewan’s latest scans are all clear is just truly amazing.

“We are so thankful. 2020 is certainly looking like being one amazing year for the three of us.”

John and his 49-year-old wife Allison, who worked in an opticians, have already handed their notices in after scooping the jackpot two weeks ago.

The couple, from Stockton-on-Tees, have been supporting their son Ewan since May last year, when he was diagnosed with Non-Hodgkin Lymphoma and underwent chemotherapy.

Non-Hodgkin lymphoma is a type of cancer that develops in the lymphatic system, a network of vessels and glands spread throughout your body.

The lymphatic system is part of your immune system.

Allison described the moment her boy was given the all clear as “the most amazing feeling ever”.

John, who frequently worked 70 hour weeks, found out about the lotto win while on the job.

“I had finished my routine patrols and was sitting having a cup of tea when I remembered I had not checked my lottery ticket,” he said.

“I quickly realised I had matched two numbers and I thought great – this means I have won a Lucky Dip.

“I then realised I had matched three numbers and I was absolutely over the moon – thinking we can do something nice this weekend as a family.

“But as I continued to check I realised I had matched all six – I was just in total shock.

“My legs were trembling as I called Camelot to check that what I was seeing was in fact right, I couldn’t believe it when the news was confirmed.

“I immediately called Allison who was in the dentist at the time.”

Allison, who also shares two other children and three grandchildren with John, said when she noticed a missed call from her husband she immediately thought the worst.

She added: “All sorts of thoughts rushed through my head.

“I just thought, ‘oh no why is he calling me – something must be wrong – something terrible has happened – has something gone wrong with Ewan?’

“Never did I believe when I called him back he would be telling me we had won the Lotto Jackpot.”

John and Allison have placed a four bedroom family home with a nice garden at the top of their shopping list.

Allison, who has been on leave from work to look after Ewan, said: “It is fantastic that this win has not only given us the financial security to buy a lovely new family home but also time.

“We can both now afford to stop work and spend time with our family making memories – something we could only have ever dreamed of doing.”

Travel and going to visit new places is also high on the agenda for the couple.

John and Allison bought their ticket from Asda in Portrack Lane, Stockton on Tees.