Chalie Condell set off the day after his A-Levels finished on the epic, 18,000-mile trip

by Ben Gelblum
in Good News, Must Reads, Sport 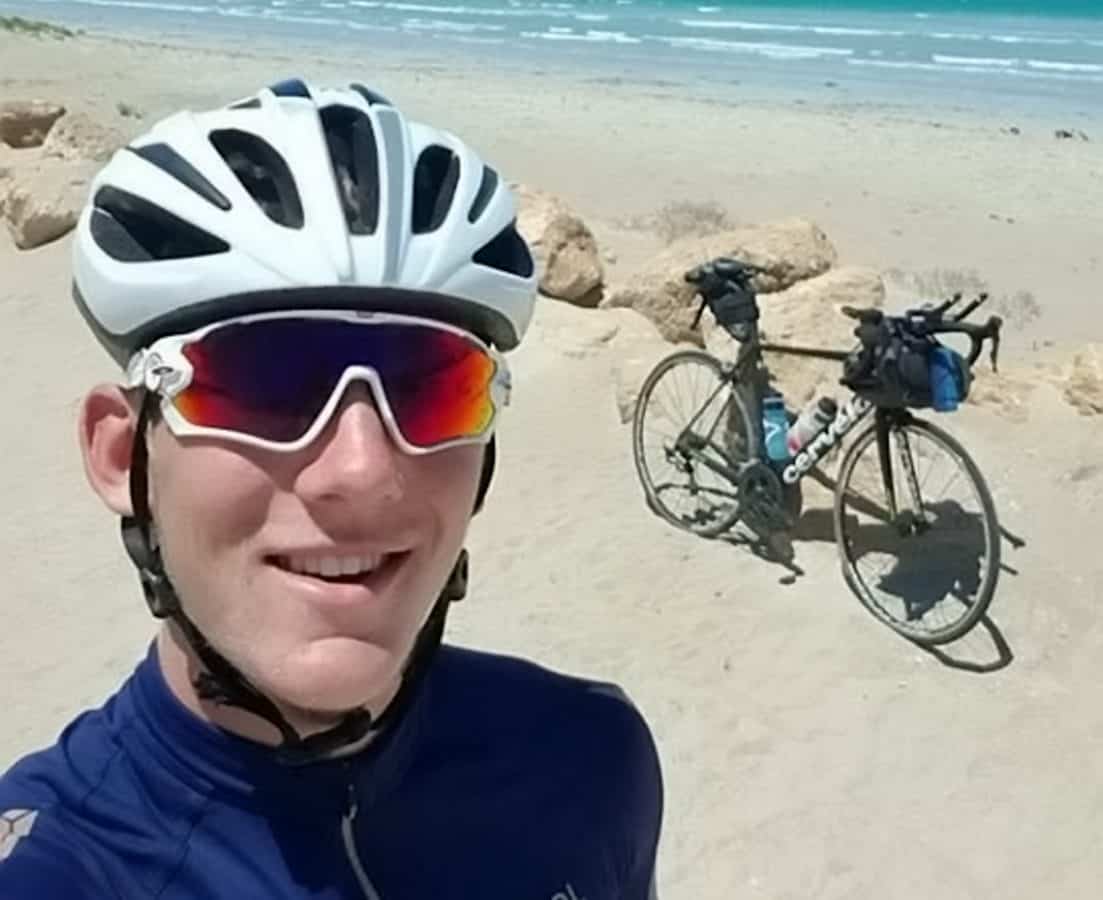 A Brit student has today (Mon) become the youngest person to cycle around the world solo.

Charlie Condell, 18, decided to celebrate the end of his A-Levels by setting off an an epic, 18,000 mile round-the-world trip on July 6 – the day after his exams finished.

The adventurer and keen cyclist has travelled solo through 20 countries in Asia, Europe, Australia and the US in just nine months.

Charlie is believed to be the youngest person ever to accomplish the trip, which saw him cover 18,000 miles, climbing the equivalent of 26 Mount Everests.

He initially planned to travel just through Europe, doing 10,000km which then increased to 10,000 miles.

He then looked at the line stretched out and thought ‘let’s just go for the world.’

Charlie made headlines in October 2018 when his bicycle was stolen in Australia.

He woke up at a hostel in Queensland to find his carbon-fibre, Cervélo bike had been stolen.

Thieves also made off with Charlie’s passport, camping gear and other cycling equipment – estimated at at total value of £4,000.

Charlie, from Bristol, a former pupil of prestigious boarding school Clifton College, said: “You can never quite believe it. I thought maybe someone had moved it at first.

“But then I came to the sinking realisation that it was gone and I just had on my shirt and my board shorts and one bag.”

But locals rallied round to get Charlie back on the road, offering him clothes, accommodation and a replacement bike.

The former record for the youngest person to cycle the world was held by Tom Davies, from London, who completed the challenge in 2015 at the age of 19 years old.

Charlie has funded his trip from his savings and he also set up a crowd-funding page for people to support him on his bike ride of a lifetime.

He will officially complete his journey at 4pm this afternoon (Monday) at the Clifton Suspension Bridge in Bristol.