One strategy put forward by some economists — as well as the opposition — to help ease the crisis is to cut VAT, in an attempt to lower household costs. Here we look at the pros and cons of this approach, and whether it is one Truss or Sunak is likely to take. 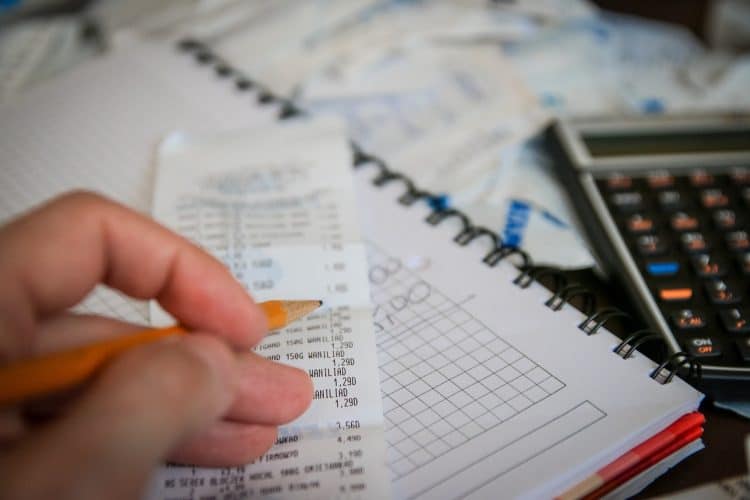 The third Conservative leadership contest in six years is in full swing, and the race has now been whittled down to two candidates: current Foreign Secretary Liz Truss and former Chancellor Rishi Sunak.

While both have been grilled on what approaches they’d take to issues like the Russo-Ukraine War, Brexit and achieving Net Zero, nothing has quite dominated the agenda like the cost of living crisis, and rightly so. Millions of Brits are struggling to afford food and energy and consumer confidence has plummeted to its lowest level since records began in 1974.

VAT stands for Value Added Tax, a general tax added to almost all goods and services sold. Certain items are exempt, such as most supermarket food, children’s clothing, newspapers and magazines. Here in the UK, the tax is automatically added on to goods and services by businesses as an additional cost to the consumer, which then collects the VAT on behalf of the government.

The current standard rate of VAT is 20%, with roughly half of all household items subject to this rate. However, certain goods and services are on a reduced rate of 5%, such as children’s car seats and home energy.

VAT cuts can come in the form of a universal cut to all goods and services, or reduction in the rate for particular items or services. The most recent example of the latter is from 2020, when the VAT rate was cut from 20% to 5% for hospitality, tourism and accommodation businesses in order to stimulate growth in these sectors amid the pandemic.

How VAT cuts could help with the cost of living

Quite simply, cutting the VAT rate on goods and services would make them cheaper for consumers, putting money back into their pockets. More broadly, by encouraging people to spend more, VAT cuts can in turn help to stimulate the economy generally. This also has the potential to boost output via the multiplier effect, as theoretically there’ll be more work for those producing goods and services, and ultimately higher employment and earnings, which in turn leads to greater spending.

It’s also relatively easy to implement VAT cuts in comparison to other economic measures, and is typically a popular move with the public, making it a quick win politically too.

The impact on businesses

VAT cuts can also help businesses, which are struggling with the cost of living crisis themselves. Although businesses tend to pay VAT on goods or services before claiming it back from HMRC (as only the final consumer shoulders the financial burden of the tax), this can take up to 30 days, leaving businesses with temporary shortfalls. Some businesses will also encounter sudden and significant VAT costs through business expenses. In these scenarios, they may have to wait 3 months for their next VAT return.

As explained by tax credit specialists Adsum, many businesses rely on loans to help them “bridge the gap” during periods where VAT costs are particularly high. However, repayments can be expensive. Not only this, but this type of financing requires security and the application process is often lengthy. By cutting VAT, there may be less need for businesses to take out such loans in the first instance, particularly if the tax is removed entirely.

With all that being said, VAT cuts aren’t a silver bullet for solving the cost of living crisis. Although the move could provide advantages, there are fears that a VAT cut would actually increase inflation, as more economic activity generally leads to the costs of goods and services rising. In addition, whenever the VAT cut is eventually undone, any price-lowering impact it may have will likely be reversed with it, leading to inflation rising again.

What’s more, businesses would be under no obligation to pass the VAT cuts on to consumers, meaning that the measure could mainly have the effect of decreasing the government’s overall VAT takings. This could ultimately result in other taxes rising to make up the shortfall.

Despite the potential drawbacks of cutting VAT, many people are still calling on the government to implement such a policy. Both candidates to be the next Prime Minister have so far taken different stances on the issue.

Frontrunner Liz Truss has promised a raft of tax cuts to help address the cost of living crisis should she become the next Prime Minister. These include halting “green levies” on energy bills, reversing the national insurance hike and cancelling the planned corporation tax rise. As of yet, her pledges haven’t included any VAT cuts, though the current Foreign Secretary also hasn’t ruled this out should she triumph in early September.

Unlike Truss, Sunak has actually pledged to cut VAT, stating that he will scrap it entirely on household fuel bills for a year, announcing: “As chancellor I knocked £400 off everyone’s energy bill and provided support of £1,200 for the most vulnerable households. This additional VAT cut will help deal with the current emergency.” The current VAT on household energy bills is 5%.

What the future holds for VAT cuts

As the cost of living crisis continues and we edge ever closer towards Johnson’s successor taking their place in Number 10, it appears that only Sunak would use VAT as a means of tackling the crisis. He would only introduce a VAT cut on energy bills, meaning the rate on all other kinds of goods and services would stay the same.

However, as we approach a winter in which the crisis is expected to deepen when energy bills rise further, don’t be surprised if the person in the hot seat changes their stance as they search for solutions.