Watch: Rishi Sunak’s clip claiming Brexit has been a great success is debunked in viral video

“Imagine the shock for the former chancellor when he finds out Freeports are allowed in the European Union - about eighty of them are based in EU countries ." 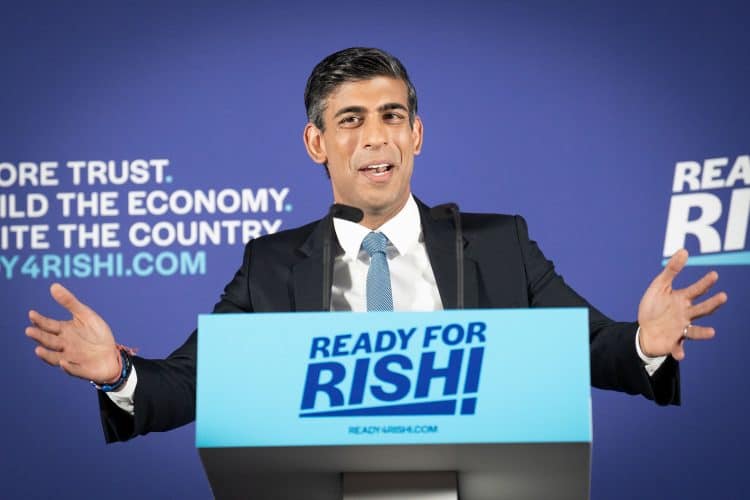 Rishi Sunak is pledging to scrap hundreds of remaining EU laws and regulations if he wins the race for the Tory crown in a fresh pitch to win over Brexiteers.

The former chancellor has said, if elected, he would appoint a Brexit minister to go through the remaining 2,400 EU laws still on the statute book.

He or she would be instructed to come forward with the first set of recommendations for rules to be scrapped or changed within 100 days of Mr Sunak entering No 10.

So even in Sunak’s eyes, we haven’t ‘got Brexit done.’

And his rival Penny Mordaunt has also pledged to get Brexit “re-done” in the event that she is crowned leader.

So what of the former chancellor’s new video in which he tells the nation about all the wonderful Brexit wins?

Well, they have been ruthlessly slammed in a new video by Peter Stefanovic.

He says: “Imagine the shock for the former chancellor when he finds out Freeports are allowed in the European Union – about eighty of them are based in EU countries – and he’ll fall off his chair when he finds out that as a member of the trading bloc the UK actually had seven of them!”