Viagra may reduce the risk of bowel cancer, according to new research. The study suggests that a small, daily dose of the drug prescribed to tackle erectile dysfunction “significantly reduces” the risk of colorectal cancer risk in animals. Scientists found that Viagra cut in half the formation of polyps, an abnormal and clump of cells […] 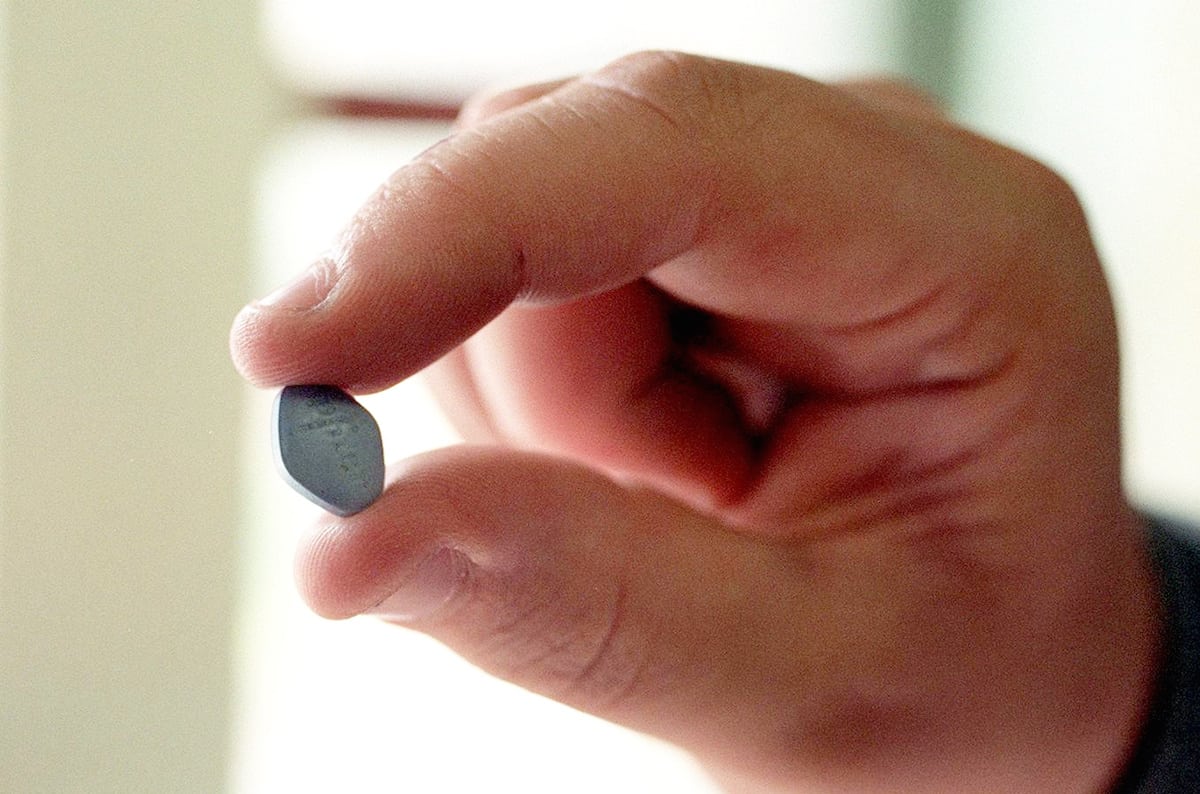 Viagra may reduce the risk of bowel cancer, according to new research.

The study suggests that a small, daily dose of the drug prescribed to tackle erectile dysfunction “significantly reduces” the risk of colorectal cancer risk in animals.

Scientists found that Viagra cut in half the formation of polyps, an abnormal and clump of cells on the lining of the intestines that may become cancer.

Dr. Darren Browning, of Augusta University in the United States, says the next steps should include a clinical trial for the drug in patients considered at high risk of colorectal cancer, such as those with a strong family history, multiple previous polyps and chronic intestinal inflammation such as colitis.

He said Viagra has been used safely for years in a wide range of doses and age groups, from premature infants with pulmonary hypertension to the elderly with erectile dysfunction.

When placed in drinking water, Dr Browning’s team found that Viagra reduced polyps in a mouse model with a genetic mutation that occurs in humans, causing them to produce hundreds of polyps starting as teenagers and essentially always resulting in colorectal cancer.

Study corresponding author Dr Browning said: “Giving a baby dose of Viagra can reduce the amount of tumors in these animals by half.”

Viagra is best known for its ability to relax the smooth muscle cells around blood vessels so the vessels can more easily fill with blood, which is how it helps both erectile dysfunction and pulmonary hypertension.

But Dr Browning’s lab showed it also increases levels of the chemical cyclic GMP, which is known to affect the intestinal lining, called the epithelium.

Dr Browning’s team saw that the results of increased cyclic GMP include suppression of some of the excessive cell proliferation that occurs in the gut and an increase in normal cell differentiation as well as the natural elimination of abnormal cells, through a process called apoptosis.

He said: “When we give Viagra, we shrink the whole proliferating compartment in an area of our body that directly deals with whatever we put in our mouths and normally experiences high cell turnover.

“Proliferating cells are more subject to mutations that cause cancer.”

Viagra is known to inhibit PDE5, a naturally occurring enzyme in colon cells – and other tissues – that breaks down cyclic GMP.

Guanylyl-cyclase C, or GCC, is the primary source of cyclic GMP in the intestinal lining.

Mice like those in his study with the genetic predisposition for polyps, were found to have reduced levels of GCC-activating peptides, which are also commonly lost in human colon cancers.

The average age at which individuals develop colon cancer is 39, according to the National Institutes of Health.

The scientists also looked at the prescription drug linaclotide, which is used to treat constipation and irritable bowel syndrome (IBS) with constipation and, like Viagra, is known to increase cyclic GMP.

While linaclotide was also effective at significantly reducing polyp formation, Dr Browning said the the common side effect of diarrhea at pretty much any dose makes it unlikely that patients would find it tolerable to use long term, even to reduce their cancer risk.

But the low doses of Viagra used by humans and in the lab have no known side effects.

The findings were published in the journal Cancer Prevention Research.

Presenter shows up Cleverly as he defends Iran deal