In fact, men taking the sex pill may have already improved the health of their vessels and arteries - without realising it. 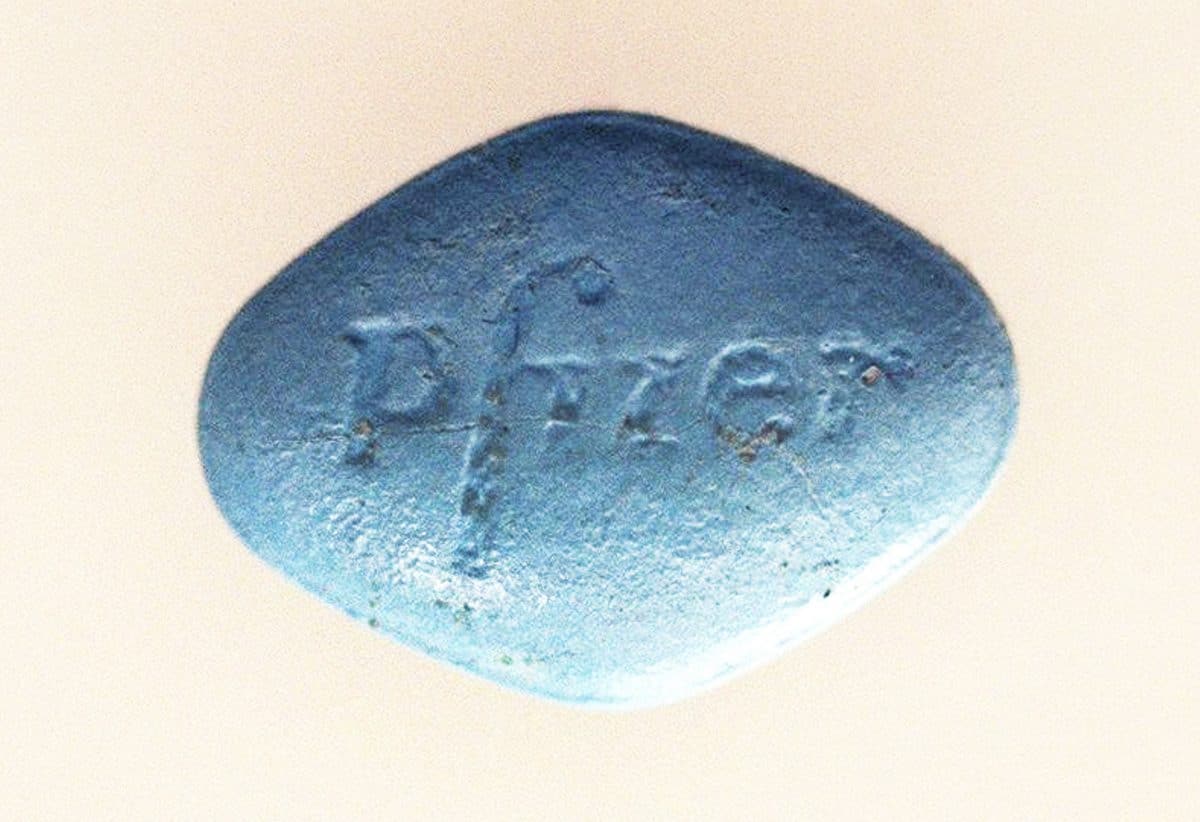 The anti-impotence drug Viagra could cure heart failure, according to new research.

In fact, men taking the sex pill may have already improved the health of their vessels and arteries – without realising it.

The medication combats erectile dysfunction (ED) by increasing blood flow to the penis.

Now British scientists have shown it reverses heart failure – a condition that is more deadly than cancer.

It is caused by circulation problems when the organ can’t pump enough blood to meet the body’s demands.

Professor Andrew Trafford, of Manchester University, said: “This discovery is an important advance in a devastating condition which causes misery for thousands of people across the UK and beyond.”

Almost one million Britons are living with heart failure which causes life-changing breathlessness, fatigue and weakness.

It can also lead to swelling in the legs, ankles and feet. Five year survival rates are lower than most common cancers.

It’s likely to be just as successful in humans – whose hearts are similar, say the researchers.

Lead author Prof Trafford said: “We do have limited evidence from human trials and epidemiological studies that show Tadalafil can be effective in treating heart failure.

“This study provides further confirmation, adds mechanistic details and demonstrates that Tadalafil could now be a possible therapy for heart failure.”

He added: “It’s entirely possible that some patients taking it for erectile dysfunction have also unwittingly enjoyed a protective effect on their heart.”

The findings offer hope of a major breakthrough in tackling a disease that often gets worse over time. Most current therapies are ineffective.

It causes a build-up of fluid that backs up into the lungs. This is what triggers the breathlessness – along with swelling in different parts of the body.

In the study heart failure was deliberately induced in the animals with pace makers.

When it was sufficiently advanced to need treatment the team administered Tadalafil which is sold under the brand name Cilias.

Within a short period the progressive worsening of the heart failure stopped, said Prof Trafford.

What’s more the biological cause of the main symptom of breathlessness – the inability of the heart to respond to adrenaline – was almost completely reversed.

The doses the sheep received were similar to those humans are given when being treated for erectile dysfunction.

Tadalafil works by blocking an enzyme called PDE5S (Phosphodiesterase 5) which regulates how our tissue responds to hormones like adrenaline.

In heart failure, the drug altered a ‘signalling cascade’ – a series of chemical reactions in the body – to restore the heart’s ability to respond to adrenaline.

In turn, this increases the organ’s power to force blood around the body when working harder, explained Prof Trafford.

He said: “This is a widely used and very safe drug with minimal side effects.

“However we would not advise the public to treat themselves with the drug and should always speaking to their doctor if they have any concerns or questions.

“Tadalafil is only suitable as a treatment for systolic heart failure – when the heart is not able to pump properly – and there may be interactions with other drugs patients are taking.”

Viagra has already been successful in treating patients with pulmonary hypertension which affects around 250,000 people in the UK. It causes high blood pressure in the arteries of the lungs.

It can be caused by heart or lung conditions such as emphysema and bronchitis and in some people is caused by lack of oxygen to the lungs, or hypoxia.

Professor Metin Avkiran, associate medical director at the British Heart Foundation, which funded the study, said: “Viagra-type drugs were initially developed as potential treatments for heart disease before they were found to have unexpected benefits in the treatment of erectile dysfunction.

“We seem to have gone full-circle, with findings from recent studies suggesting that they may be effective in the treatment of some forms of heart disease – in this case, heart failure.

“We need safe and effective new treatments for heart failure, which is a cruel and debilitating condition that affects almost a million people in the UK.

“The evidence from this study – that a Viagra-like drug could reverse heart failure – should encourage further research in humans to determine if such drugs may help to save and improve lives.”