The Made in Chelsea star has shared her support for Jacob Rees-Mogg's hard-line stance on immigration in the past. 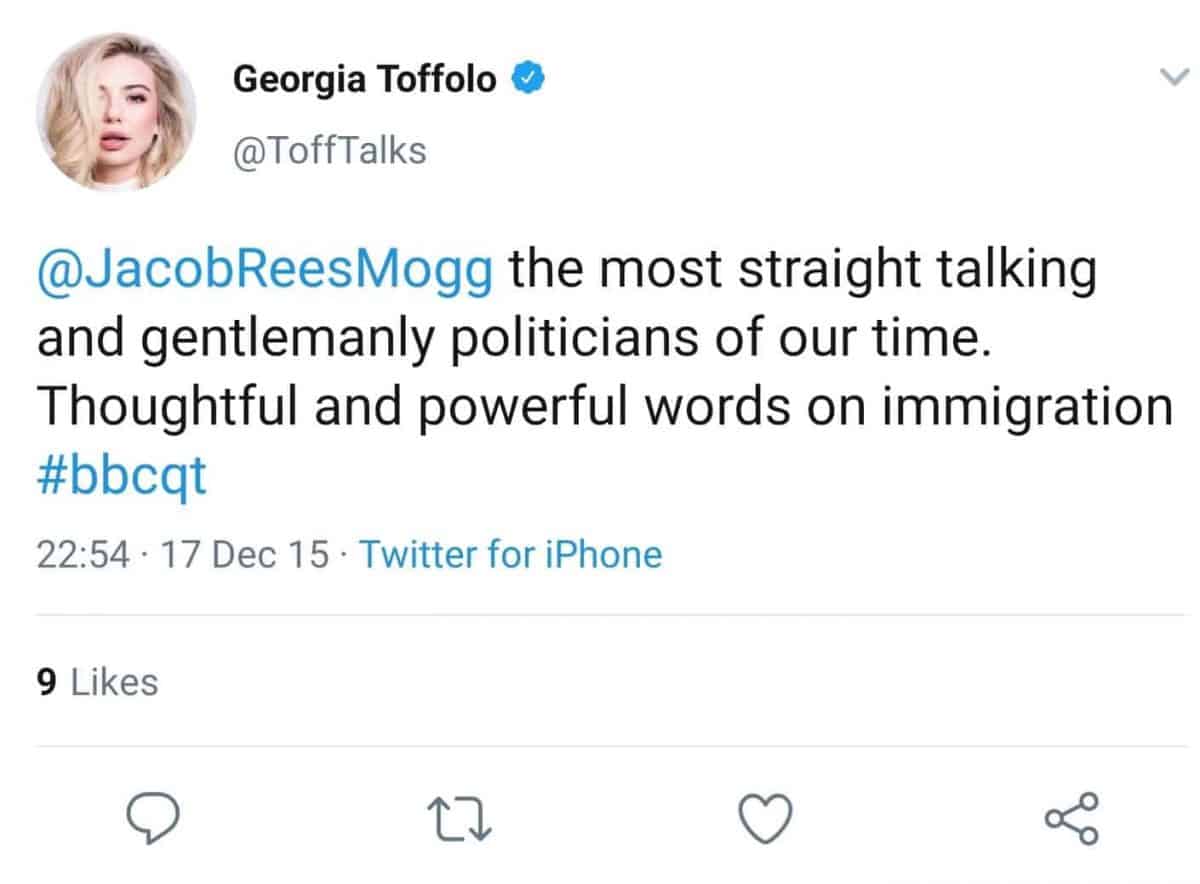 Georgia Toffolo has been released after facing the prospect of spending Christmas in a Maldives detention centre.

The Made in Chelsea star posted a series of tearful videos on Instagram to alert her followers to her plight, saying immigration officials were not allowing her to travel due to a damaged passport.

In one of the videos she said officials were not allowing her to pass through immigration but would not allow her to board a flight home either.

She claimed she faced a four-day wait in a “detention centre” because of the issue, but has now been allowed to leave.

The star, who appeared in I’m a Celebrity alongside Boris Johnson’s dad Stanley, has been known to have some strong views on immigration controls.

In 2015 she tweeted her praise for Jacob Rees-Mogg’s stance on immigration, which has been known to be particularly tough.

The MP has previously voted for a stricter asylum system and a more controlled immigration policy in order to reduce net migration, and favours the end of free movement of people to the United Kingdom.

Toff on Maldives Immigration Controls: "Well this fucking sucks. What the fuck." pic.twitter.com/mFYjPbPvc0