The UK rapper closes out an exceptional year in style. 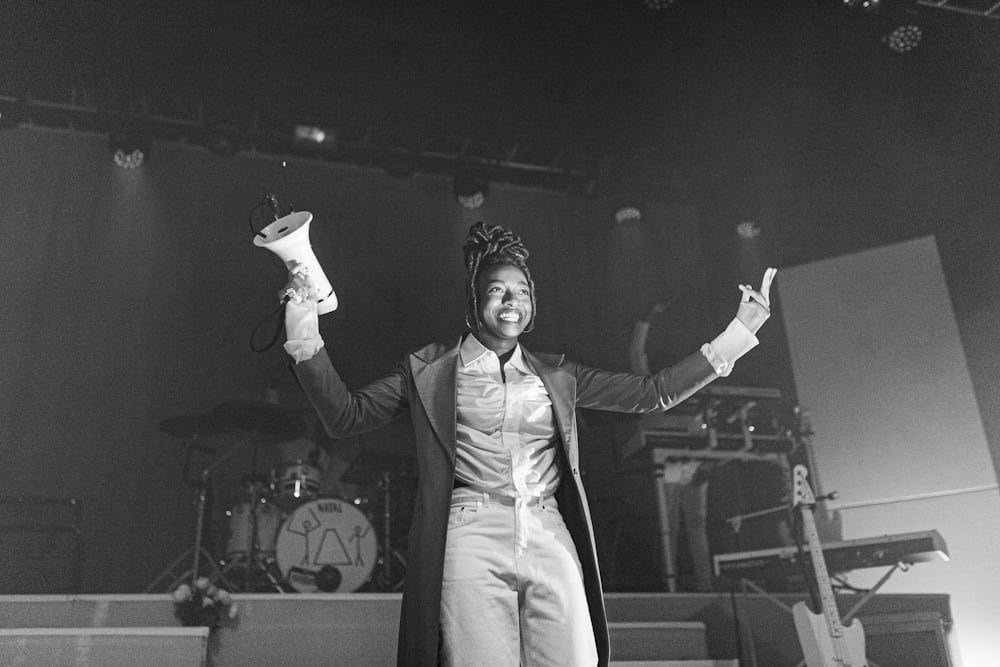 2019 was the year Little Simz went big. The Islington star has been rising since 2015’s A Curious Tale of Trials + Persons, but an alignment between the release of the best showcase of her talents so far in Grey Area, as well as a role in the Netflix-shepherded third season of Top Boy has made Simbi something of a household name.

This is Simz’ moment – closing out a UK tour with a hometown show, and tonight she grasps the opportunity to shine a light on the journey that brought her here. Live, as on record, Simz is bitingly direct with the coherence of pop sensibility in her hooks. ‘Boss’ is a hammer blow of an opener. Weirdly spacious in a room like the O2 Kentish Town Forum, the confrontational chorus uses the sparse instrumentation to pour the focus on Simz, delivering her orders through a loudhailer.

It’s a bold start to a night in which the rapper throws everything at the wall to see what sticks. For the most part, it works, whether through the brute strength of the music or Simz’ magnetic presence on-stage. This is a major production, and there are points where the seams show. Mics get dropped, literally, and the wrecking-ball intensity of ‘Venom’ gets squashed by a false-start. But these moments are played like gaffes in front of mates rather than a sold-out show at a massive venue, which is a disarming skill.

Before the night is done Simz will play every instrument on the stage, give a sit-down story about her humble roots in the intro to ‘God Bless Mary’, and join the thresh of the crowd for a buoyant ‘101 FM’. There is almost a sense of overkill as Ghetts and Kano are brought out for guest spots – Simz has got this – but ‘Dead Body’ sounds absolutely vicious as a result.

Listen to Grey Area and you’ll hear an artist who is saying all the right things. Reassuringly, it’s powerful to see the sincerity Simz brings live, the love for the scene and the life she has worked for, putting proper heart into the sugar of ‘Sherbet Sunset’ and sour of ‘Pressure’. You can be sure next tour cycle will see Simz tighten the ship to support her growing ambitions.

View the TLE gallery from the show here.