Aside from being labelled a ‘fussy eater’, the boy took no medications and had a normal body mass index. 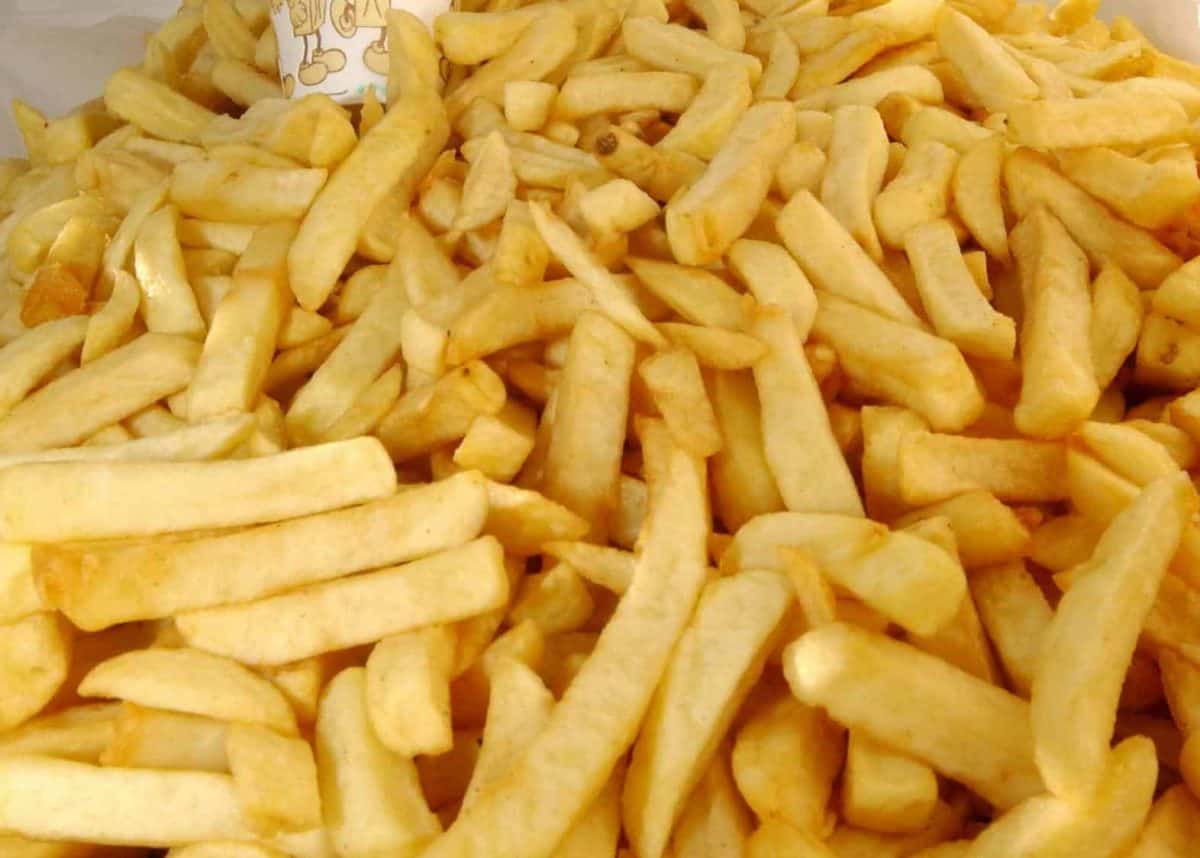 1500 portions of chips form the World's largest bag of chips at Hereford Racecourse in Hereford as part of National Chip Week.

A teenager has gone blind after several years of a diet completely lacking in fruit and vegetables, a medical journal has reported.

Researchers from Bristol Eye Hospital said the boy first presented to his doctor aged 14, complaining of tiredness, according to a case report published in the Annals of Internal Medicine.

Aside from being labelled a “fussy eater”, the Bristol boy took no medication and had a normal body mass index (BMI). Tests showed he had low vitamin B12 levels and macrocytic anaemia – a condition bringing larger-than-normal red blood cells.

He was given B12 injections and dietary advice, but when he returned a year later he had developed some hearing loss and impaired vision, though still no cause was found.

“By age 17, the patient’s vision had become progressively worse, to the point of blindness,” the report said.

“The patient confessed that since elementary school, he had avoided foods with certain textures and only ate French fries, Pringles, white bread, processed ham slices, and sausage,” the report said.

“By the time his condition was diagnosed, the patient had permanently impaired vision.”

The report cautioned that nutrition-related optic damage should always be considered by doctors finding any patient with unexplained vision symptoms.

“It is rare in developed countries. The condition is potentially reversible if caught early. But if left untreated, it leads to permanent blindness.”