The first international opening from the Wahlberg family, with 30 restaurants in North America. 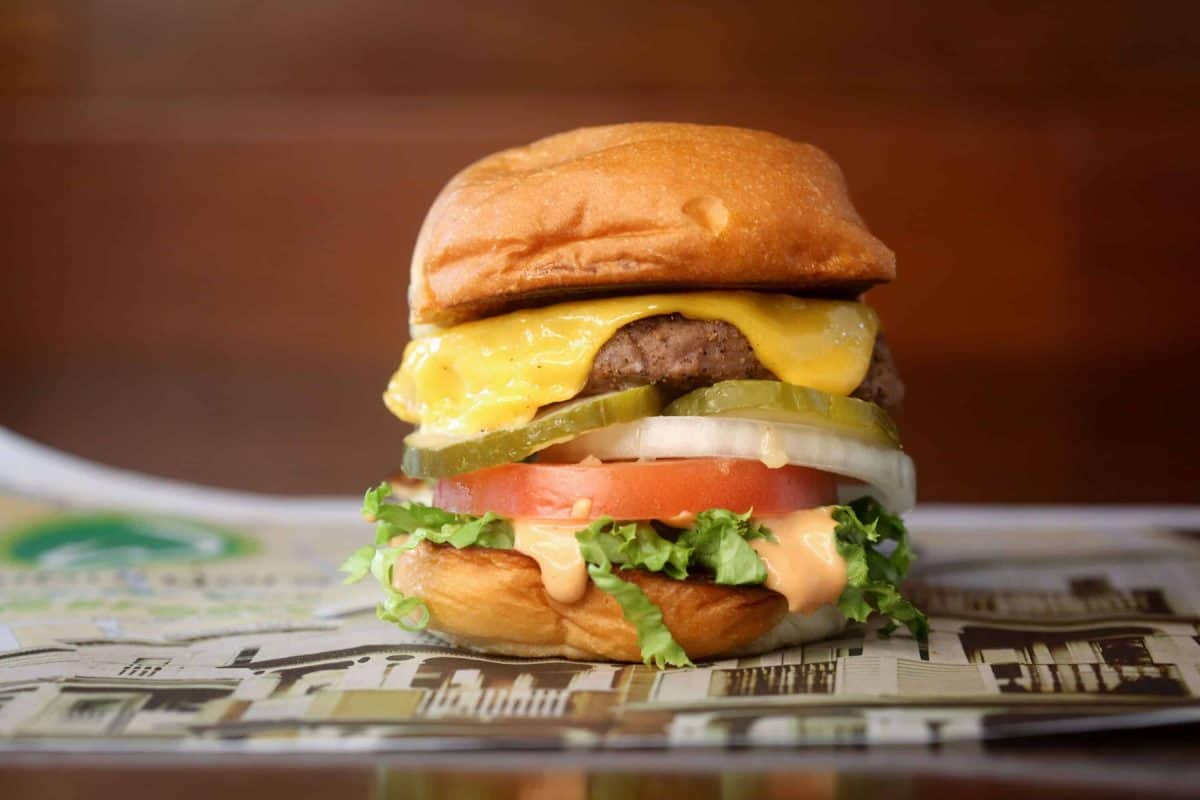 Celebrity-run restaurants often follow a similar model and are generally best left to the super fans happy to squander a week’s wages on a lacklustre dinner at a poorly thought out publicity stunt. (Remember when Cristiano Ronaldo, Rafael Nadal and Enrique Iglesias created their own cuisine?) With 30 outposts in North America, Wahlburgers (from the Wahlberg family) is the most discussed A-list celebrity-run restaurant to have opened in London this year and walks a fine line between novelty and noteworthy.

Following a lavish launch party, attended by celebrities such as Harry Kane, Liam Payne, Octavia Spencer and Mark Wahlberg, himself, Wahlburgers opened in a Grade I-listed building near Covent Garden tube station. Interestingly, US burger chains Shake Shack and Five Guys also chose the immediate area for their first UK sites. A prime location with enough footfall to rely on tourists to fill seats regardless of quality, enticed by photographs of brothers Mark, Donnie and chef Paul’s smiling faces adorning the walls.

Past the merchandise stand, the two-floor space can accommodate 200 covers and is a carbon copy of the North American sites, festooned with Mark’s film posters and various family photographs. Dotted around the space and behind the full-service bar, screens play highlights from Wahlburgers, a reality show that follows the family’s growing restaurant empire. These screens also double-up as host to the restaurant’s ‘virtual visitor’ service where the brothers or their mother, Alma, can materialise on a screen to speak to diners and employees via the push of a button on their phone. It’s a gimmick, but it showcases the brand’s strong family ethos. Another gimmick is the constant employment of the term “Wahl”. In addition to the Wahlburgers, the menu offers the likes of ‘Wahlcoctions’ (drinks), ‘Wahl bowls’ (deconstructed burgers served as salads), ‘Wahl sauce’, and ‘Wahlbrewski’ – a malty pale ale from Boston’s Harpoon Brewery.

The family affair is continually championed throughout the menu here, with nods to nostalgic dishes such as Mom’s sloppy Joe, Alma’s macaroni salad or the triple decker burger in tribute to the house the brothers grew up in. Meal times were particularly special to the Wahlbergs, with a family of 12 settling down to dinner in a cramped triple-decker in Dorchester, Massachusetts. As a result, much of the menu is inspired by the food the boys ate as children, also including a nod to the lurid orange, processed ‘government cheese’ introduced to America at the end of the Second World War, provided to welfare beneficiaries, food stamp recipients and food banks.

As for the burgers, Scotch beef is provided by Scottish butcher Simon Howie, featuring a blend of chuck, brisket and short rib. Since targeting Davy’s wine bar in 2011, Westminster council has made it difficult for restaurants to serve undercooked burgers. Moreover, The Food Standard Agency released new regulations for businesses serving mince meat products in 2017, insisting operations must obtain specific approval to serve burgers anything less than thoroughly cooked. A beef burger cooked less than “medium-well” has thus become a coveted rarity in London. A test of the meat’s quality (as well pursuit of personal preference) I ask our waiter if the burger can be cooked rare. “Medium is as low as we can go, I’m afraid,” he replies before quickly returning with a double decker burger (£11.25) comprising two excellently cooked patties thankfully delivered at the less carcinogenic end of “medium”.

In addition to the remarkable cooking of the patties, the burgers are also topped with lettuce, tomato, American cheese, ‘Wahl sauce’ (like a mixture of ketchup, mayonnaise and hot sauce) and a slice of sweet raw onion – sandwiched between the beef patties to avoid them falling out of the audaciously towered sandwich.

Less traditional is the ‘Thanksgiving Turkey Burger’ (£9.50) – Mark’s favourite, which is perhaps unsurprising from a man who rises at 2:30am each morning to squeeze two work outs, a round of golf and a cryo chamber recovery session into his busy schedule, given the meat’s leanness. Here, a ¼ lb burger patty favours minced turkey that’s well-seasoned and paired with another patty of stuffing and roasted butternut squash, finished with mayonnaise and a healthy drizzle of orange and cranberry sauce that lends a touch of over-sweetness to the otherwise enjoyable concoction. A thing that shouldn’t be, yet somehow works.

On the side, tater tots (£3.50) provide a pleasing trinity of salt, fat and carbohydrate with a little crunch; while onion rings (£3.50) are, instead, thin strips of onion cloaked with thin batter, ultimately vaunting a greater batter-onion ratio than typical: initially fine but quickly becoming greasy as we scramble to eat them. A small bowl of chilli con carne is at the more expensive end of the scale at £7, but it’s generously spiced and features a generous helping of beef alongside red beans and chipotle peppers.

To finish, a grilled ‘fluffanutta’ (£4.50) – an artery clogging mix of banana, peanut butter, Nutella and marshmallow ‘fluff’ – is available alongside less overwhelming cupcakes emblazoned with the brand’s logo; or house-made frappes in a variety of relatively traditional flavours.

Since opening, price has been a much-discussed topic surrounding Wahlburgers. Here, a standard burger and fries will typically cost around the £12 mark. The burgers aren’t fast food cheap, but I can name at least 20 pubs within a mile radius serving less enjoyable alternatives at a similar mark up, using ingredients of a lesser quality. No, Wahlburgers isn’t the best burger restaurant in the city, nor does it pretend to be. Given the circumstances, however, it’s considerably better than it needs to be.