Jo Swinson has said if the Liberal Democrat’s won the General Election and cancelled Brexit it would be an “electoral earthquake”. 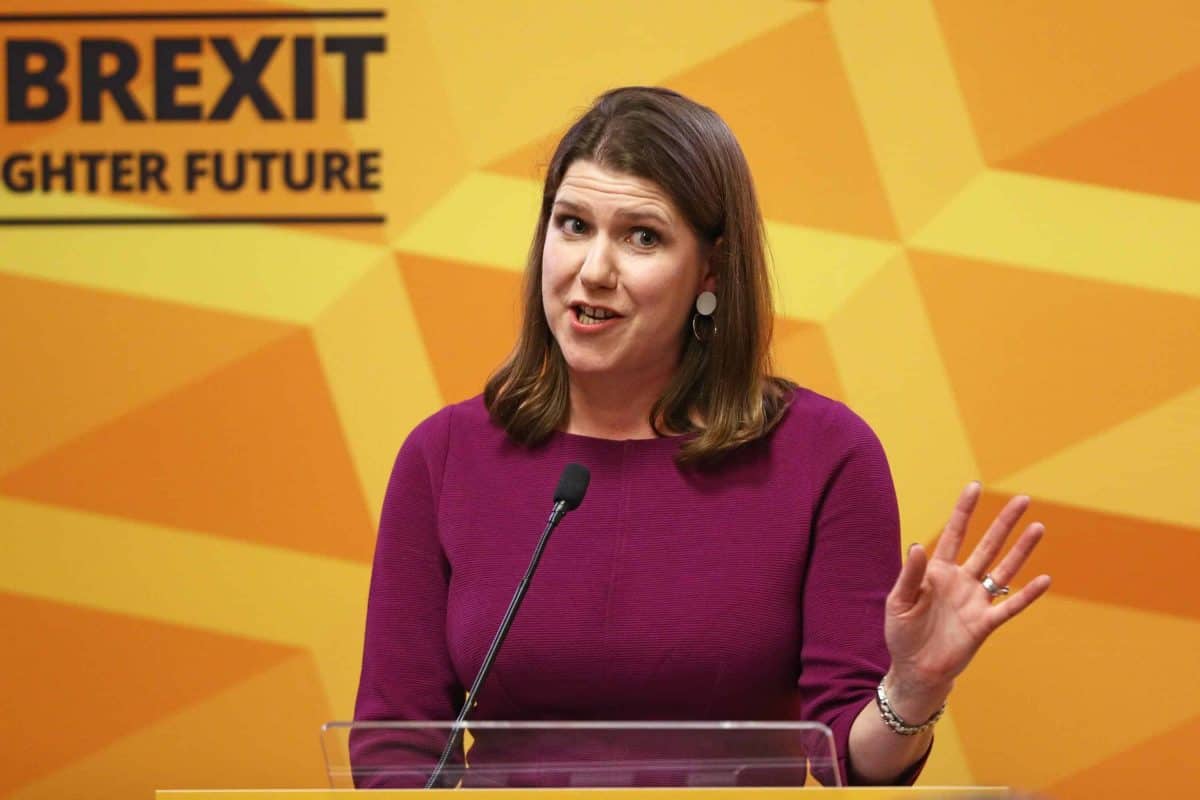 Jo Swinson has said a Liberal Democrat win in the General Election, and the subsequent cancelling of Brexit, would be an “electoral earthquake”.

The Liberal Democrat leader made the comment during ITV’s Tonight programme on Thursday while she was was quizzed about the party’s plans to cancel Brexit if it is elected into Government.

“We’re in an election and we’re going into that election with 20 MPs, if we come out of that election with 326 MPs, I think most people would accept that’s a pretty seismic political change and that would be based on that policy,” she said.

When asked whether cancelling Brexit outright would cause widespread anger, she said if her party was in a position to do so, it would clearly be democratic.

“We’re talking about doing so in circumstances where there has been an electoral earthquake and the Lib Democrats have secured a majority on the basis of that position, which would be democratic,” she said.

“If that does not happen we will continue to stand up for stopping Brexit through a people’s vote and let people choose on that specific proposal.”

Ms Swinson, who has been vocal about the need for climate change action, also said she had taken one of her children to an Extinction Rebellion protest.

“Seeing the climate emergency through the eyes of a five-year-old just gives you that perspective,” she told ITV.

The Liberal Democrat leader had to fight back tears during the interview as she opened up about her father’s pride if he had lived to see her become the youngest and first female leader in the party’s history.

Her father Peter, who had been living with blood cancer for 10 years, died last year – 12 months before his 39-year-old daughter won the race to succeed Sir Vince Cable as party leader.

Her voice cracking with emotion, Ms Swinson said her father would “have loved” to have seen her success.

Asked what her father would have been saying to her “on a tough day”, Ms Swinson replied: “He would have said ‘Just go for it’.”

The Scot was just 21 when she first stood for the Lib Dems in the 2001 general election, having taken on ex-Brexit secretary David Davis in Haltemprice and Howden in east Yorkshire.

Ms Swinson also admitted that the party had “got it wrong” during the coalition government years by failing to stand up against the bedroom tax and the decision to rip-up its 2010 manifesto pledges and support a hike in tuition fees.

She voted in favour of both the bedroom tax policy and the increase of university fees to as much as £9,000 per year.

“You can always look back with hindsight, and say, actually, you know, that’s something that we just should never, never have let through,” she told ITV.

But she also added that the tuition fees reforms, as well as Lib Dem positions on education funding, had helped those from poorer backgrounds.

“What I would say is that we won the battle for schools funding, particularly, to help the poorest pupils,” Ms Swinson said.