This defence of the European Research Group was one of Braverman's more infamous claims.

by Joseph Connor
in Lifestyle 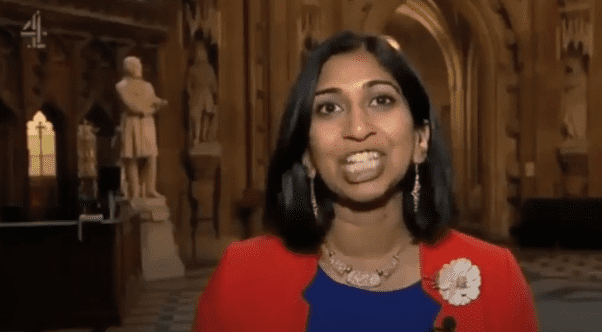 One week after being fired from her position as home secretary due to security concerns, Suella Braverman has returned.

Liz Truss fired her, but the new prime minister Rishi Sunak thinks a minor security lapse isn’t all that bad and that Braverman merits another shot.

One of Braverman’s more infamous statements, aside from some of the more contentious things she has said, was a justification she provided for the European Research Group.

According to the pressure group of pro-Brexit Conservative MPs, whose “explicit aim” is to “help the government to achieve a Brexit that is reflective of the result of the vote, which is prosperity-led and successful.”

In 2017, she provided the description in response to Krishnan Guru-Murthy of Channel 4 News asking Ms. Braverman if the organisation receives funding from the government.

She affirmed, “Yeah, it is funded by public funds and has been for many years.”