The appointments highlight how "unevenly spread opportunities to enter the most prestigious positions continue to be", Sir Peter Lampl said. 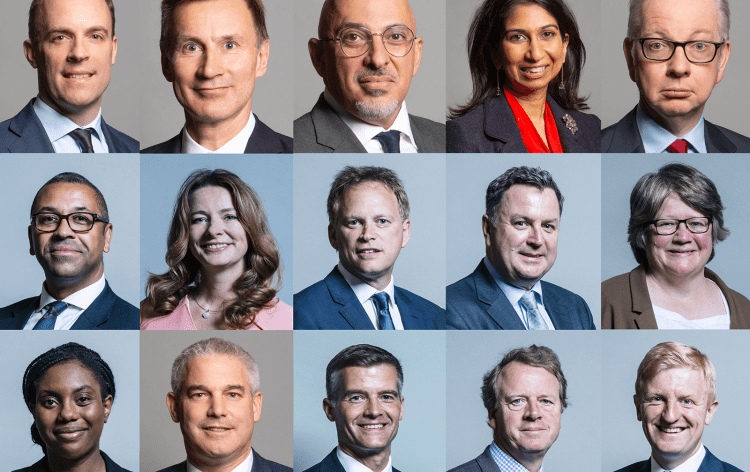 Rishi Sunak has continued the trend set by Boris Johnson and Liz Truss of filling a majority of Cabinet positions with people educated at fee-paying schools, new analysis shows.

The proportion is broadly similar to Ms Truss’s cabinet (68 per cent) and Mr Johnson’s first cabinet (64 per cent), but much higher than the level in Theresa May’s 2016 cabinet (30 per cent).

It is also up on the figure for David Cameron’s 2015 cabinet (50 per cent) and well above the 32 per cent in Tony Blair and Gordon Brown’s cabinets, though close to the 62 per cent in the Conservative-Liberal Democrat coalition in 2010.

The analysis has been published by social mobility charity The Sutton Trust, and it also shows nearly a quarter (23 per cent) of Mr Sunak’s Cabinet went to a comprehensive school while one in 10 attended a grammar school.

Among those who went to a comprehensive are leader of the Commons Penny Mordaunt, Transport Secretary Mark Harper and – perhaps symbolically – Education Secretary Gillian Keegan.

“While his Cabinet is marginally more representative than Truss’s, Tuesday’s appointments highlight how unevenly spread opportunities to enter the most prestigious positions continue to be.

“Making the most of Britain’s talent regardless of background must be a priority.”

Mr Sunak continues the tradition of nearly every UK prime minister since the Second World War having studied at Oxford University.

The one exception is Gordon Brown, who went to Edinburgh University.