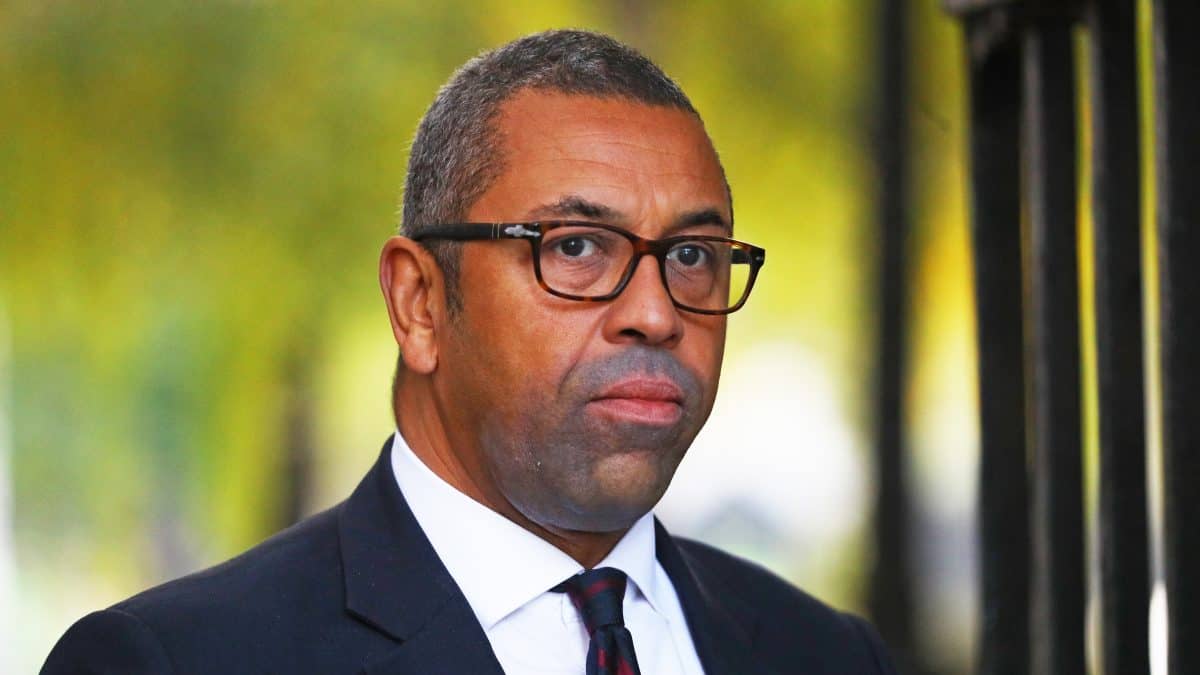 Foreign Secretary James Cleverly has come under fire for suggesting that LGBT football fans heading to the World Cup in Qatar should be “respectful of the host nation”.

It came after veteran campaigner Peter Tatchell said he was arrested after staging the first LGBT protest in the country to highlight its human rights abuses in the run-up to the sporting event.

Mr Cleverly urged fans to show “a little bit of flex and compromise” and to “respect the culture of your host nation”.

But Mr Tatchell hit back at the remarks, saying the Foreign Secretary should instead “highlight the abuses being carried out by the regime”.

Going to the World Cup, as Mr Cleverly has said he will, is “colluding with a homophobic, sexist and racist regime”, the activist said.

Mr Cleverly told LBC radio: “I haven’t spoken with the government of Qatar in direct response to Peter Tatchell, but my understanding is that he was questioned, that he was supported by the FCDO’s consular team.

“I have spoken to the Qatari authorities in the past about gay football fans going to watch the World Cup and how they will treat our fans and international fans.

“They want to make sure that football fans are safe, secure and enjoy themselves, and they know that that means they are going to have to make some compromises in terms of what is an Islamic country with a very different set of cultural norms to our own.

“One of the things I would say for football fans is, you know, please do be respectful of the host nation.

“They are trying to ensure that people can be themselves and enjoy the football, and I think with a little bit of flex and compromise at both ends, it can be a safe, secure and exciting World Cup.”

He also told Sky News that the UK has “incredibly important partners in the Middle East”.

“These are Muslim countries, they have very different cultural starting point for us. I think it’s important when you’re a visitor to a country that you respect the culture of your host nation.”

Mr Cleverly took a swipe at Sir Keir Starmer after the Labour leader said he would not attend the World Cup, even if England reach the final, due to Qatar’s human rights record.

“As leader of the Opposition, he’s in a lovely position to send messages. I’ve got real work to do,” said Mr Cleverly, who retained his position at the helm of the Foreign Office in Prime Minister Rishi Sunak’s Tuesday reshuffle.

“I’ve had to rearrange my diary somewhat because of the reshuffle but I think if I am able to go I should go because it is a major international event.

“There’ll be lots of my international interlocutors there and also there’ll be a whole load of Brits overseas and one of the first duties of the Foreign Office is protecting British nationals when they travel abroad.”

Mr Tatchell said: “The UK Government must use its public voice to condemn the appalling human rights abuses carried out daily by the Qatari regime.

“Unless we all speak out, Qatar will have achieved its goal of sports washing its appalling reputation during the World Cup. Mr Cleverly has an opportunity to highlight the abuses being carried out by the regime.

“All fans, not just LGBTs, should boycott the World Cup and use their social media to amplify the shocking human rights abuses by the Qatari state. Going to the World Cup is colluding with a homophobic, sexist and racist regime.”

Opposition parties also criticised the Cabinet minister’s comments, with SNP Westminster deputy leader Kirsten Oswald tweeting: “Foreign Secretary seems in essence to be advising people travelling to the World Cup in Qatar to show some respect and not be gay. This is abhorrent.”

Labour’s shadow culture secretary Lucy Powell said: “This is shockingly tone deaf from James Cleverly. Sport should be open to all. Many fans will feel they can’t attend this tournament to cheer on their team because of Qatar’s record on human, workers, and LGBT+ rights.

“The Government should be challenging Fifa on how they’ve put fans in this position, and ensuring the full safety of all fans attending, not defending discriminatory values.”

Liberal Democrats MP Layla Moran said: “The World Cup should be a celebration of the beautiful game, instead it’s being used by countries like Qatar to sport-wash their atrocious human rights records.

“Any UK officials who attend should be using their position to highlight human rights abuses, not endorsing the regime.”

In a video released on Tuesday, Mr Tatchell said he was “subjected to interrogation” while detained for 49 minutes after carrying out the demonstration outside the national museum in Doha.

The 70-year-old activist said his aim was to draw attention to the treatment of the LGBT+ community, women and migrant workers in the Gulf state, where homosexuality is illegal.

He was later released by Qatar police and flew to Sydney, Australia.

Qatar’s government communications office said “no arrests were made” and that “rumours on social media that a representative from the Peter Tatchell Foundation has been arrested in Qatar are completely false and without merit”.