As its behaviour in emerging markets makes clear, the tobacco industry's post-cigarette rhetoric only seems to apply to the Western markets where it is losing ground 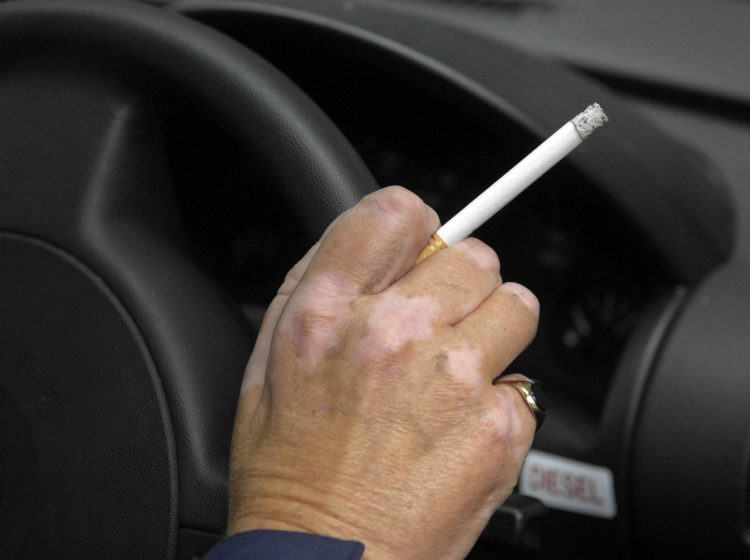 The CEO of Philip Morris International (PMI), Jacek Olczak, has made a surprising request for the UK government to abolish traditional cigarettes by 2030–including his own. The tobacco executive told the Mail on Sunday that PMI can “see the world without cigarettes… the sooner it happens, the better it is for everyone.” The headline-grabbing statement, however, is part of a larger communications strategy in Western markets, where falling cigarette sales are denting profits across the UK and US. Olczak’s apparent endorsement of tobacco control masks Big Tobacco’s ongoing sabotage of regulatory effortsin less affluent nations.

By surreptitiously interfering with public health policies from Indonesia to Zambia, the tobacco industry continues to shore up cigarette sales even as they claim to be “unsmoking our world”. The influence of companies like PMI on tobacco control is particularly worrying given that tobacco use – responsible for more than 8 million preventable deaths each year – disproportionately affects people in low- and middle-income countries, which are home to 80% of the world’s 1.3 billion smokers.

The tobacco industry’s interference in public health regulations circumvents the World Health Organization’s (WHO) Framework Convention on Tobacco Control (FCTC), ratified in 2003 and signed by 180 countries and the European Union. FCTC-recommended tobacco control measures – known as ‘MPOWERs’ – aim to reduce tobacco use by 30% before 2025. More than 5.3 billion people across the world are now covered by at least one of these six measures, four times as many as in 2007.

Since the treaty entered into force, the WHO has made considerable progress in raising awareness about the dangers of smoking. Cigarette boxes now carry strong graphic warnings in over 100 countries, impacting over 4.7 billion people. 17 countries have implemented plain packaging outright to remove branding and other marketing elements from cigarette packs, including the UK. Intense industry lobbying has failed to prevent implementation of these laws, as evidenced by the $50 million (£42.5 million) legal bill PMI was forced to pay the Australian government in 2017 after an attempt to overturn their plain packaging regulations.

Despite making significant headway with some measures, the FCTC has had less success in harmonising tobacco tax hikes across member countries–a key measure continually undermined by Big Tobacco.

WHO research shows raising the price of tobacco through excise taxes, and ensuring those taxes are paid using track-and-trace systems free from industry influence, is the single most effective way to reduce smoking. The Task Force on Fiscal Policy for Health reports that, in low- and middle-income countries alone, a 10% increase in price results in a 5% percent decline in consumption, while a 50% price increase could avert 27.2 million premature deaths over 50 years.

High tobacco taxes encourage smokers to quit while simultaneously boosting government revenues, but they require robust, independent, and tamper-proof track-and-trace systems to ensure compliance. The costs of neglecting track-and-trace was most recently demonstrated when the South African government temporarily banned all tobacco purchases between March and August 2020; the South African Revenue Service having failed to implement a track and trace system in line with its FCTC obligations, the government was left with few options for policing the tobacco trade. As a result, an already widespread black market boomed.

Across the globe, the number of FCTC members with tobacco duties at 75% of the retail price has plateaued at 13% since 2018, making raised tobacco taxes the least widely implemented of the FCTC’s ‘MPOWER’ measures. To make matters worse, these policies have taken a back seat to Covid-19, a problematic development not least because the pandemic has put smokers at increased risk of life-threatening infections. As Adriana Blanco Marquizo, head of the Secretariat of the FCTC, wrote last year: “There has never been a better time to quit smoking than during a global pandemic of a respiratory disease.”

The tobacco industry has consistently sought to block attempts to raise and track taxes on their products, concentrating their efforts in countries with more malleable tax administrations. Among FCTC parties, less affluent nations are thus less likely to have put these measures in place; 16% of middle-income countries and 20% of low-income countries have no minimum tobacco tax at all. Madagascar is currently the only low-income nation with “best practice” level taxes on cigarettes.

To maintain this status quo, Big Tobacco marries heavy-handed government lobbying with more underhand tactics. A 10-year PMI corporate strategy leaked in 2019 revealed plans to “avoid upward fiscal harmonization” by establishing the company as “tax experts” and “politicising the tax debate”. Watchdogs have revealed Big Tobacco also works to undermine the implementation of national tracking systems, viewing these fiscal policies as a threat to the $40 billion trade in illicit cigarettes –      of which as much as 98% is allegedly produced by the industry itself in order to target younger and less affluent customers.

In a supposed bid to improve transparency, PMI created and promoted its own track-and-trace system named Codentify in 2005, but tobacco control researchers subsequently deemed Codentify a “grossly inefficient” solution which offered regulators “little chance of detecting large-scale fraud”. This didn’t stop the company licensing the system to its biggest competitors – British American Tobacco, Imperial Tobacco Group, and Japan Tobacco International – for free starting in 2010, through a newly-created Digital Coding and Tracking Association.

As awareness began to spread of this tobacco-backed Trojan Horse, Big Tobacco hid the system inside another company, called Inexto, and has since successfully peddled its “black box” technology to tax authorities in Russia, Pakistan, Mexico, and Burkina Faso. The UK’s own track-and-trace system for tobacco, implemented in 2019 before Brexit came into effect, included Atos (the same company which worked with PMI to market Codentify) and digital technology firm Blue-Infinity (which is owned by the Dentsu Aegis Network and has serviced both JTI and PMI).

As its behaviour in emerging markets makes clear, the tobacco industry’s post-cigarette rhetoric only seems to apply to the Western markets where it is losing ground. Across most of the rest of the planet, their business is still very much based on actively propagating the tobacco epidemic.