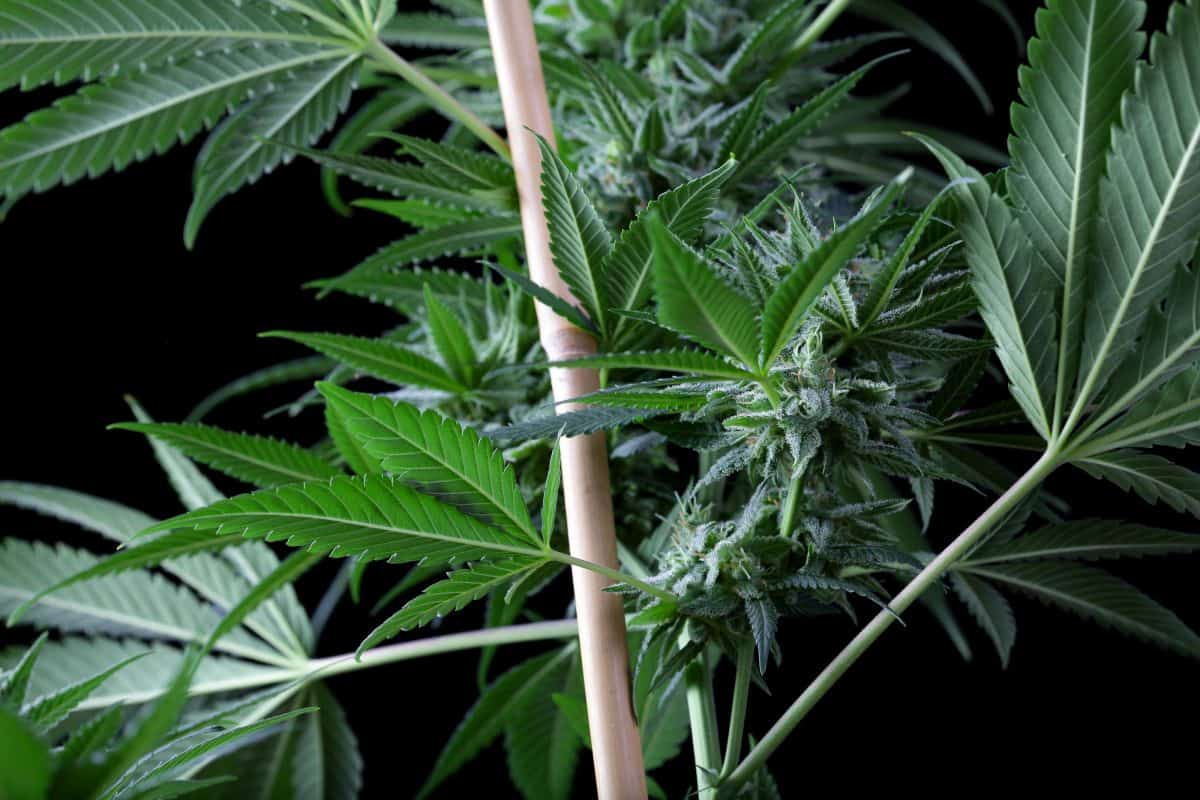 About seven in ten (69%) reported some improvement after taking cannabis for four months.

As well as being safe and effective, it also caused a third of patients to reduce their use of powerful opioids that can lead to addiction.

In the US, the super-strength painkillers have killed more than 91,000 people in the past two years.

A huge rise in prescriptions in Britain has led to MPs, senior doctors and drug specialists warned the UK is heading for a similar crisis.

Study author Professor Laszlo Mechtler, of Dent Neurologic Institute, Buffalo, New York, said: “With legalisation in many states, medical marijuana has become a popular treatment option among people with chronic diseases and disorders, yet there is limited research, especially in older people.

“Our findings are promising and can help fuel further research into medical marijuana as an additional option for this group of people who often have chronic conditions.”

They were based on 204 over 75s, with an average age of 81, who were enrolled in New York State’s Medical Marijuana Program.

Participants took various amounts of THC (tetrahydrocannabinol) and CBD (cannabidiol), the main ingredients in medical marijuana, for an average of four months and had regular checkups.

The former is the psychoactive compound in cannabis that makes users ‘high’, interacting with receptors in the central nervous system.

The latter does not have this effect, and is thought to help reduce anxiety and inflammation.

They were administered either in liquid form, as a capsule or in an electronic vaporiser.

The biggest benefit was seen for pain with about half (49%) experiencing relief. Sleep problems were reduced in almost a fifth (18%).

Numbness or weakness triggered by a breakdown in nerve signalling, known as neuropathy, decreased for one in seven (15%) and anxiety improved in one in ten (10%).

What is more, one in three (32%) ended up taking fewer opioids which often lead to addicts experimenting with illegal substances such as heroin.

They have caused more deaths by accidental overdose than any other drug in US history, leading to a national public health emergency being declared in 2017.

Prof Mechtler said: “Our findings show medical marijuana is well-tolerated in people age 75 and older and may improve symptoms like chronic pain and anxiety.

“Future research should focus on symptoms like sleepiness and balance problems, as well as efficacy and optimal dosing.”

Initially, a third (34%) of participants had side effects from the medical marijuana. But after an adjustment in dosage, this fell to a fifth (21%).

The most common were sleepiness (13%) followed by balance and gastrointestinal problems (each 7%).

Three per cent stopped taking the medical marijuana due to the side effects.

Prof Mechtler’s team found an equal quantity of THC and CBD was the most common ratio for those who reported no side effects.

CBD actually decreases the effects of THC, and is not psychoactive.

They pointed out the preliminary study was retrospective and relied on participants reporting whether they experienced symptom relief.

So it is possible the placebo effect may have played a role.

The researchers called for additional randomised, placebo-controlled studies are needed to confirm the results.

According to the Centres for Disease Control and Prevention in the US, about 80 per cent of older adults have at least one chronic health condition.

The findings will be presented at an American Academy of Neurology meeting in Philadelphia in May.

Last year a study of more than 2,700 over 65s in the US found medical marijuana eased pain in more than 90 per cent of them.

Out of a pain scale of 10, taking the drug for six months reduced scores from an average of eight to four.

Since November, medicinal cannabis products can now be legally prescribed to some patients across the UK for the first time.

The decision to relax the rules on the treatments followed an outcry over two boys with severe epilepsy being denied access to cannabis oil.