I have a friend – let’s call him Tom, because that’s his name. Now, Tom does not like public transport. Not one bit. He is, however, a proud and passionate Londoner, and so is very happy to support the hackney carriage industry, and is famed for his addiction to what he calls “little black busses”. […] 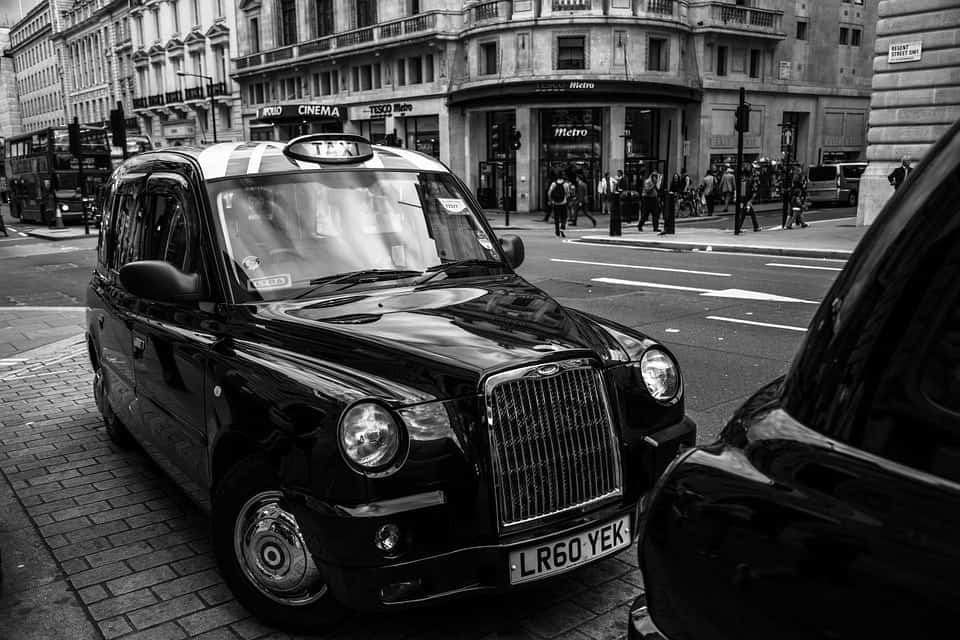 I have a friend – let’s call him Tom, because that’s his name. Now, Tom does not like public transport. Not one bit. He is, however, a proud and passionate Londoner, and so is very happy to support the hackney carriage industry, and is famed for his addiction to what he calls “little black busses”. He is also very generous, so I have often found myself cadging a five-minute ride in a taxi for a journey which could easily have been walked or carried out on the Tube. Tom also has an eerie ability to sense the approaching availability of black cabs, and a keen eye for flagging them down (It’s like bar presence, of which I have none at all).

Black cabs are great things, in many ways. They’re particularly good for non-Londoners, actually, as all you need is a street name scrawled on a piece of paper and generally the driver will get you to your destination. The advent of satellite navigation has made this even easier, as a postcode is pretty much a guarantee of safe arrival. (The system isn’t foolproof; years ago, I arrived in London to stay with an old friend, who lived in a new-build on the site of a former swimming baths, and it was unfamiliar to the taxi driver into whose vehicle I leapt at the station, and also didn’t feature in his well-thumbed A to Z. We got there eventually, with much cursing and swearing, and the cabbie looked a bit skeptical as he dropped me off. But I digress.)

The transport scene has been changed utterly over the past few years with the appearance of Uber. The principal advantage that Uber has, of course, is price. A journey that might cost you £40 in a black taxi might be less than half that if you summon up an Uber. And, of course, it is a cashless economy. My brother recently came down to London from the frozen North, and very gallantly tried to foist notes on the Uber driver when we reached our destination in Clapham, until I explained that it was already sorted in the virtual world. Another bonus is that Uber comes to you. So long as you are sober enough to a) operate a smartphone, and b) remember the postcode of your destination, everything can be done from the comfort of your favourite hostelry (let’s not pretend, people basically use Ubers to get home from the pub, don’t they?). No mess, no fuss, just look for the registration plate you’ve been sent, and you’ll be back in no time.

So Uber has been a game-changer, as people like to say. And yet, and yet… Don’t get me wrong, I’m not a total Luddite. I have used Uber on more than one occasion, and very convenient it is too. When I first signed up, I got some absurd deal whereby the journey was in the lowest price category whatever the car, and so I stood slightly awkwardly outside a friend’s house as a Rolls-Royce Ghost pulled up outside and I said “That’s my car…”. It was a very comfortable ride, though I don’t suppose I’ll get to experience it again any time soon. But Uber does have its disadvantages. The most obvious is that, like any other minicab, you can’t just flag them down. You have to have an account and the app and all the associated shenanigans. So there is a degree of foresight required, and that is not always something which is possessed by people suddenly in need of a taxi. I’m not judging, you understand, and I’ve been there.

Then there is the security issue. Part of me rebels against this argument, because it seems at best stereotypical and at worst bordering on racist. But black cabbies are accredited and accountable. So, I suppose, is Uber, as you are given a name and a photograph. Yet I’m still happier getting an Uber myself than I am my younger and slightly-built sister. I know it’s not rational, but it must play on the minds of a lot of potential customers.

There’s also a matter of tradition. This won’t matter to most people, but I’m that sort of person. I do worry that the venerable profession of the black cabbie is dying out. Sat-nav has rendered The Knowledge at least avoidable, if not actually obsolete. I suspect that in a generation it will be history. And London taxis are iconic. They’re up there with post boxes and telephone boxes – but then, I suppose, these too are becoming a thing of the past, as much decorative as useful. The streets of the capital would be the poorer without the great British black cab.

Maybe I shouldn’t worry so much. For all the lobbying that black taxi drivers are doing to restrict and restrain Uber, they still seem to be working in a thriving industry. What is the message of all of this, you may be wondering? Well, I suppose it boils down to this: do what you want. I suspect most people pick and choose, ultimately, using Uber where it makes sense but occasionally sticking their arm out for a black cab. A mixed economy in transport may be inevitable, and possibly no bad thing. One piece of advice, though: make sure you remember your post code. It may come in handy, one way or the other.